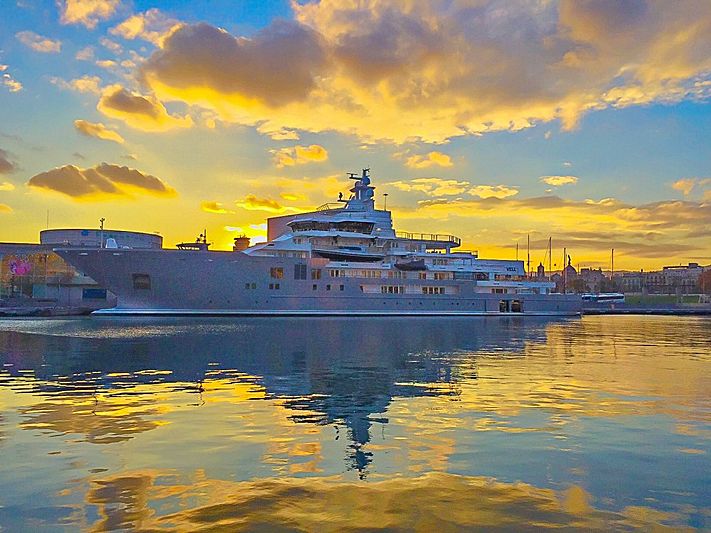 Having recently completed her first guest trip around the island of Mallorca, the 107 metre Ulysses remains in Spanish waters where she is currently moored at the OneOcean Port Vell near the heart of the vibrant city of Barcelona. Delivered to her owner towards the end of last month, Ulysses is a 107 metre explorer yacht based on a proven and tested offshore platform designed by Marin Teknikk with naval architecture by Oscar Mike Naval Architects, and built by Norwegian shipyard Kleven. Her interior is the work of British design studio H2 Yacht Design, which was brought to life by the outfitting team of Dörries Maritime in Germany. Manta Maritime oversaw the project’s technical aspects during the build of the vessel, and will remain apart of the yacht’s management. Ulysses is run by a company of 30 crew members.