Home > News > Superyacht Ulysses to be completed in Germany

Following our article yesterday, SuperYacht Times received word that the 107 metre superyacht Ulysses will be completed over the next 4 months at the German shipyard Stahlbau Nord GmbH in cooperation with the Bremen based Dörries Maritime Services. We have asked both companies to comment on their involvement, however no response has been received at the time of publication. 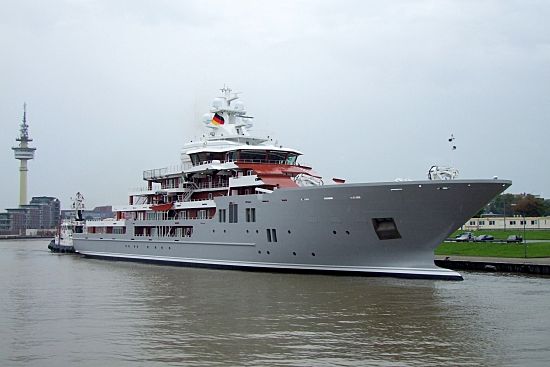 For Stahlbau Nord this is not the first yacht project they have worked on as they have built the hulls for the 59 metre Senses and the 115 metre Luna, as well as the superstructures for yachts like Tatoosh and Palladium. However, according to our sources, this will be the first time a superyacht will be outfitted by the shipyard and that could be the reason why Bremen based Dorries Maritime Services is involved. The company has experience with the outfitting of superyachts, as they worked closely together with Blohm + Voss Repair to complete the Russian built hull of the 82 metre Graceful. 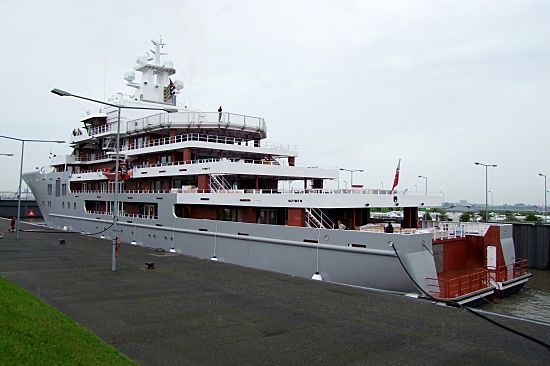 The 7000 GT motor yacht Ulysses was built by Kleven in Norway. Designed by the New Zealand based Oscar Mike Naval Architects in cooperation with Marin Teknikk from Norway, the interior of Ulysses is from the drawing board of the British design studio H2 Yacht Design. A second vessel, which is 116 metre, is in-build in Norway at Kleven and it is unknown if she will also be outfitted in Germany as well. Both projects are owned by New Zealand businessman Graeme Hart and it is unknown if he will keep both vessels or if one of them will be sold. 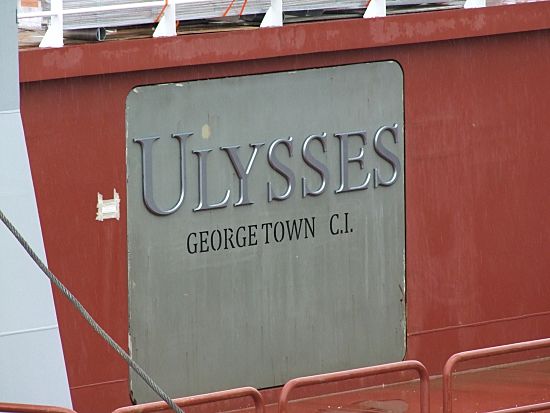 Please don't hesitate to contact us if you know more about Ulysses or if you have new photos.