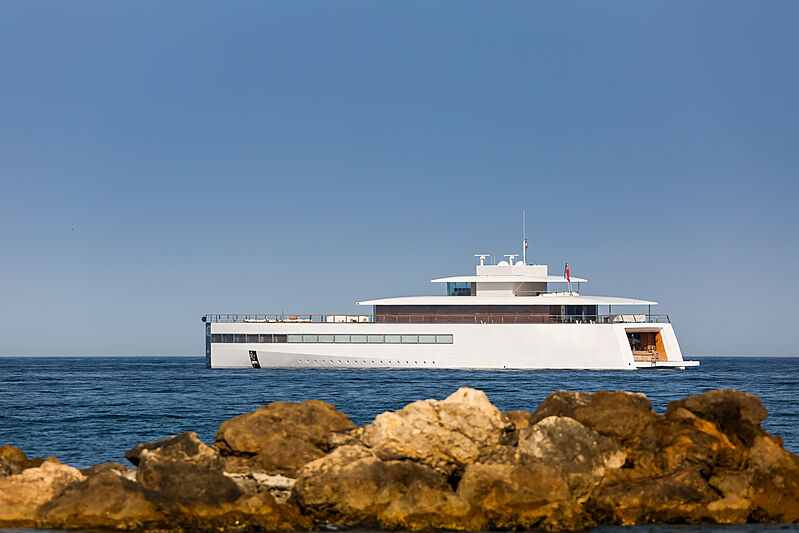 Photo: Raphaël BellySeen here in Antibes, France, is the iconic 78.2-metre superyacht, Venus. Built by Feadship in Aalsmeer, the Netherlands and launched in 2011, Venus has become one of the most recognisable superyachts on the water today. Her radical design and onboard features were conceived by her influential and forward-thinking, late owner who worked closely with the builder on achieving the yacht’s one-of- a-kind look. Philippe Starck is the designer behind Venus’ edgy lines and minimalist interior. Even though Venus can often be seen in Mediterranean and Caribbean waters, she remains as one of the most private yachts since her launch.

Superyachts Phoenix 2 and T.M. Blue One in Capri