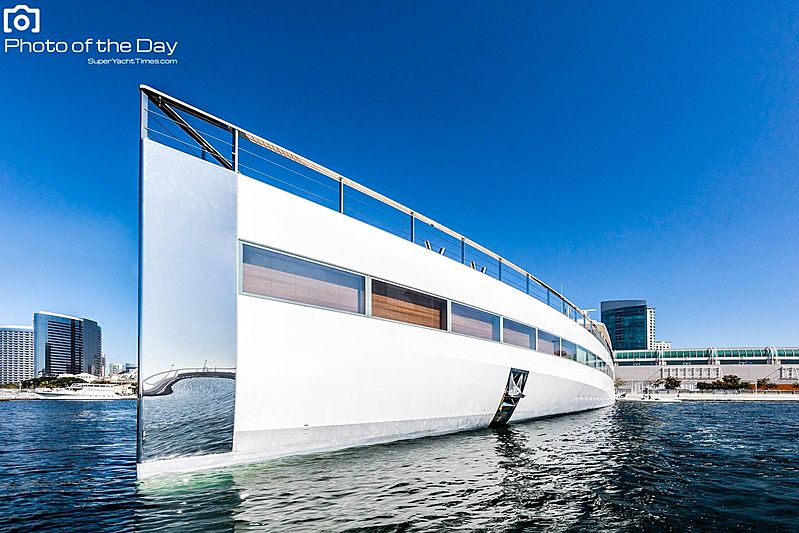 Since her launch in 2011, the 78-metre Feadship Venus has become one of the most famous superyachts on the water today. Not only as a result of her eye-catching design, but also because of her influential and forward-thinking late owner who commissioned the yacht. Designer Philippe Starck used a great amount of glass in the design of the vessel which is clearly visible here as a strip of head-height windows stretch over half of the length of the main deck. The manufacturing firm behind her special glass design is Sedak. The allure of Venus can also be contributed to the lack of details and images that have been released since her launch and remains one of the most private yachts in the world.