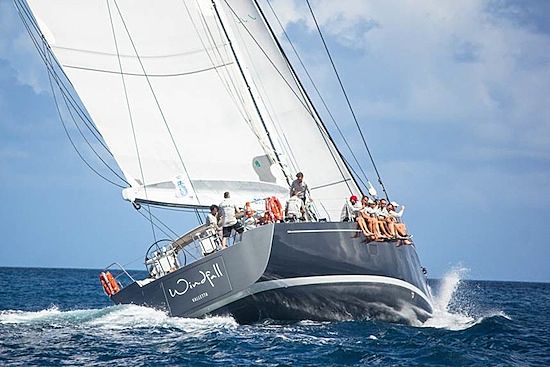 On board Windfall, skipper Fabrizio Oddone and his permanent crew with the assistance of the crew boss Lorenzo Mazza managed to lead the fleet from very beginning, engaging with Lupa of London until a few miles away from the Line Honours. She completed the race scoring a second position in elapsed time and first in IRC Zero Class ahead of the Volvo 60’ “Spirit of Adventure” (ex Amers Sport One).

Her success in the race saw Windfall confirming her racing potential, even in a cruising mode and with a limited sail wardrobe (no code O), which affected the tactical and sailing decisions.

The RORC Transatlantic Race event will return again in 2015.