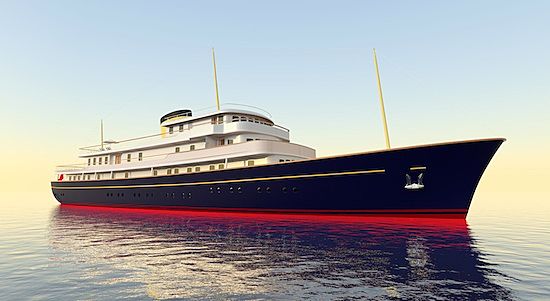 She accommodates up to 12 guests in six cabins, whilst the owner is accommodated in a master suite with his and hers bathrooms, a gym and a private study located on the dedicated owner’s deck. Also located on the owner’s deck is a large formal dining area. She will be able to accommodate up to 24 crew over 14 crew cabins on the lower deck, as well as an additional two staff in a further two cabins. 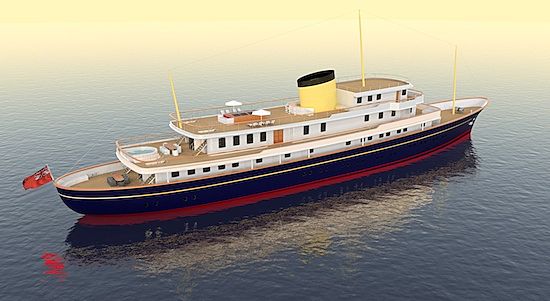 The bridge deck of project Nelson includes a large bar and sunbathing areas, whilst the main deck provides space for al fresco dining. The owner’s deck boasts a large jacuzzi, as well as an additional al fresco dining area, and the beach club includes a swimming pool and easy access to the sea. 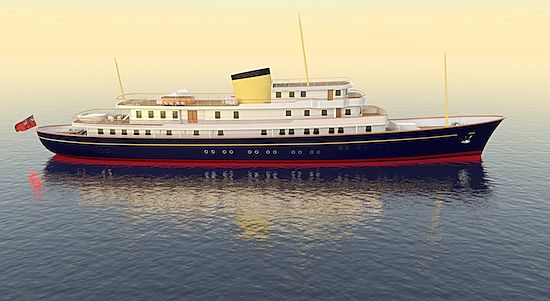 Powered by Rolls Royce hybrid/diesel engines, she has a maximum speed of 17 knots, a cruising speed of 12 knots, and a range of 6000 nm at 10 knots from her 185,000 litre fuel tanks. In addition to a range of on board amenities, Project Nelson also comes with two 9 and 10 metre tenders of the owner’s choice, as well as a 4 metre rescue tender. 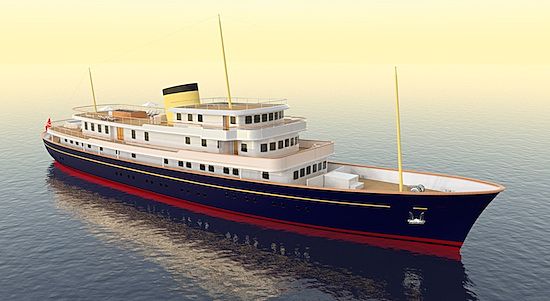 Asking Nicholas Warren, the managing director of Burgess Marine, about the brand of the project, he comments, "The concept of an LLP is that you create something new form the beginning and that is the risk that the owner has to take. We are not competing with the major Northern European brands, but what we are offering to a potential owner is the opportunity to create something himself, new with his own identity. And the research we have done on the costs seem to indicate a 10% to 20% saving on the build costs by taking ownership of the project yourself. Now if you are talking about a £100,000,000 project and a £15,000,000 saving, it is worth taking that liability. So it is not really about brand, but more about the product. What we are trading of is best of British heritage and the fact that a company like Ocean Independence with a truly global reach can take this to the market."

Project Nelson is for sale with Ocean Independence at an asking price of £90,000,000.