We first reported on the 40 metre Zanziba project in 2011, and the yacht's designer, David Wright Design, has just confirmed the yacht has now been successfully launched. 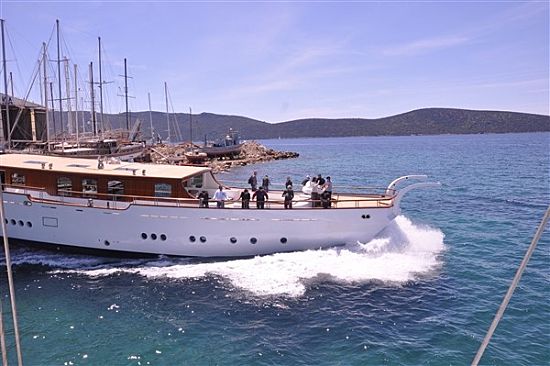 Originally ordered by a British businessman with many years’ yachting experience, the brief was for a yacht that would be able to defray a large part of its annual running costs in what was recognised as a highly competitive charter market. 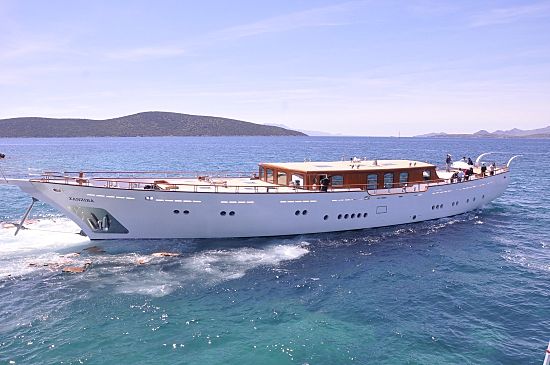 The original owner however stepped out of the project midway, and the yacht was put on hold for some time, before her current Turkish owners bought, and have now completed her. 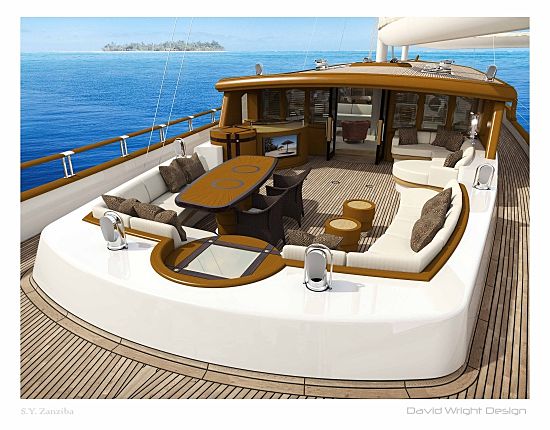 Some changes were made to her layout whilst she was under construction. In 2011 we reported that she would have 6 more or less equally sized guest cabins, and no dedicated owner's suite, a layout that works quite well for charter yachts. The yacht's latest layout however shows a full beam master stateroom, three twins and a double cabin. 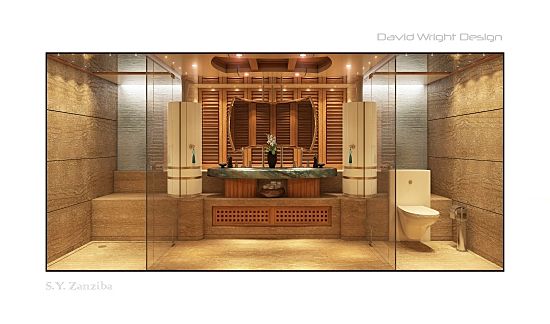 The interior renderings show the use of teak, burr oak and zebrano veneers accented by bronze and nickel fittings to create a rich effect dominated by natural tones. 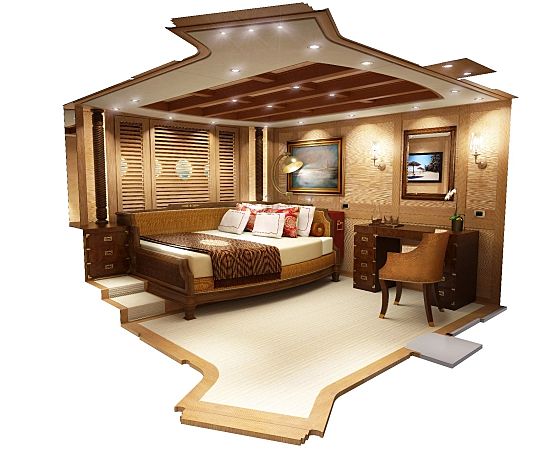