Home > News > Superyachts A and Moonlight II off Palm Jumeirah 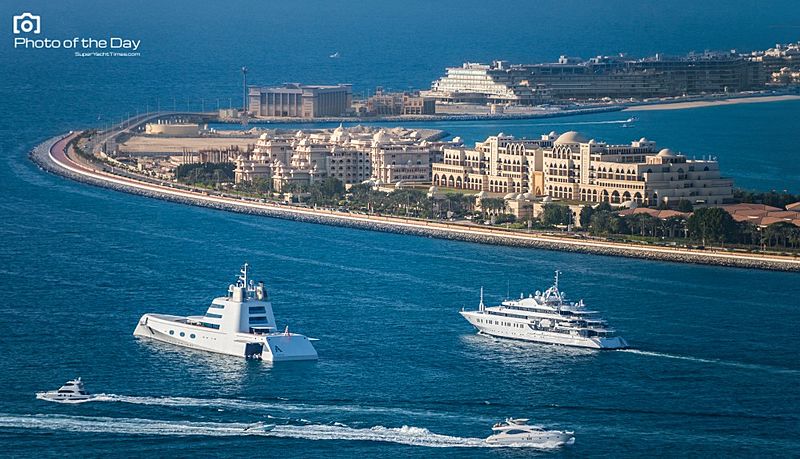 M/Y A and Moonlight II off Palm Jumeirah, Dubai

Continuing on her global capital city tour, the iconic 119-metre M/Y A reached the Middle Eastern hub of Dubai and has been seen spending time anchored off the new-age metropolis over the last few weeks. Just some of her recent stops over the last 12 months include Reykjavik, Brussels, Amsterdam, London, Bordeaux, Muscat, and Abu Dhabi. Her owner is also the man behind the unusual-looking 142.8-metre S/Y A.

Seen here cruising past M/Y A is the extended superyacht Moonlight II. Once measuring 85 metres, the 2005 Greek-built yacht completed a lengthening project taking her overall length up to 91.4-metres. Moonlight II’s sistership, Queen Miri, also underwent an extension and major refit period and now sports a 91-metre long blue hull along with a number of interior changes.

Cruising Special: The adventures of M/Y A