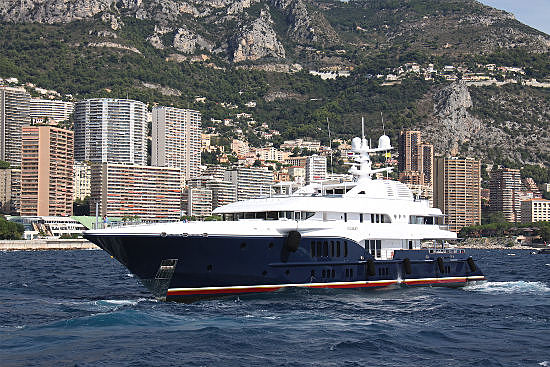 She accommodates up to 14 guests over several luxurious cabins, including a large owner’s cabin with private aft deck. She has a maximum speed of 17 knots, a cruising speed of 14 knots and a range of 7000 nm at 10 knots. Among her many features are a sundeck with Jacuzzi, gym and massage room, a spacious 30sqm beach club and a total of four luxurious bars.