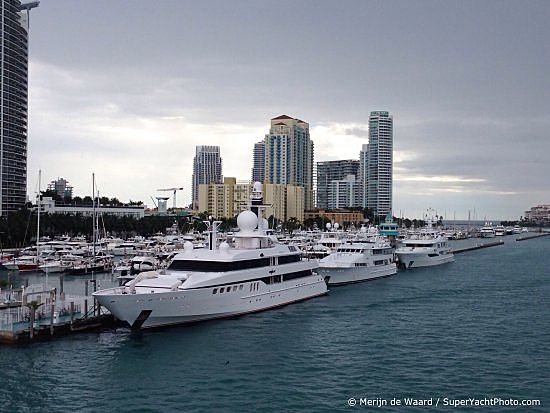 Superyacht Mylin IV, seen here in the foreground, is an 61 metre Feadship, built in 1992 in Holland. The yacht was designed inhouse by Feadship, and she is styled by Donald Starkey. She was seen two days ago in Miami, by SYT's Merijn de Waard, who is in town for the Miami Yacht Show. Docked behind Mylin IV is a Palmer Johnson called Amorazur II. She is a 45.5 metre yacht, that was delivered in 1994 as La Baroness. Docked behind Amorazur II is the Amels Limited Editions Step One.