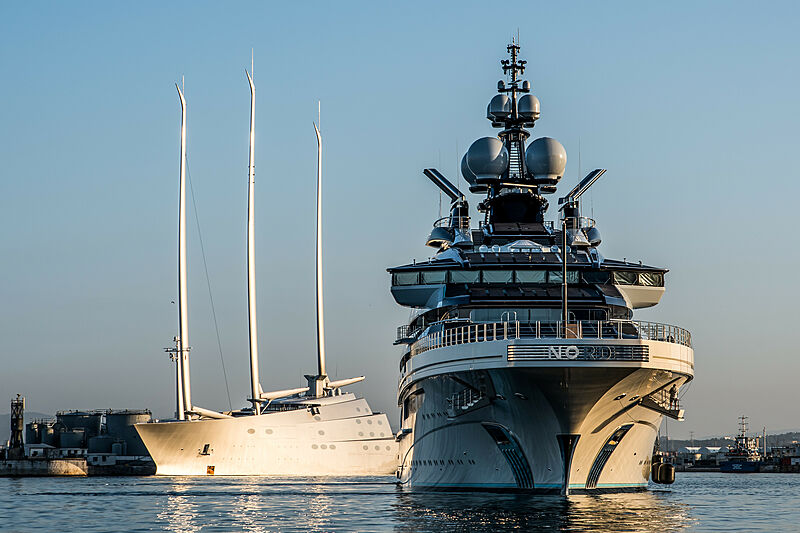 Photo: Jarrad Yates / @superyachts_gibraltarDelivered in 2021 as one of the largest superyachts in the fleet at 10,154 GT, is the 142-metre superyacht Nord. Formerly known as Project Opus, she was built at the German shipyard Lürssen in Bremen with Moran Yacht & Ship overseeing her build. Designed inside and out by the Italian studio Nuvolari Lenard, motor yacht Nord is made from steel and aluminium to PYC standards. The warship style vessel encompasses six decks and can accommodate up-to 36 guests across 20 cabins. Behind her is the equally radical, 142-metre superyacht Sailing Yacht A. Classed as the longest sail-assisted motor yacht in the world, she was built in 2017 at Nobiskrug in Germany. Her symmetrical, groundbreaking exterior design comes from the drawing boards of the French industrial architect and designer, Philippe Starck, with Dykstra Naval Architects behind her naval platform and rig design.