Recently listed for sale on YATCO, the 32 metre Rodman built Nirvana has perhaps one of the most intriguing histories of any vessel currently on the market. Built in 2005 by the Spanish shipyard Rodman, Nirvana’s original owner was the 1st Head of Gabon, Omar Bongo. The name may not immediately stand out to most, but before his death in 2009, he was named the world’s longest serving non-monarch ruler. 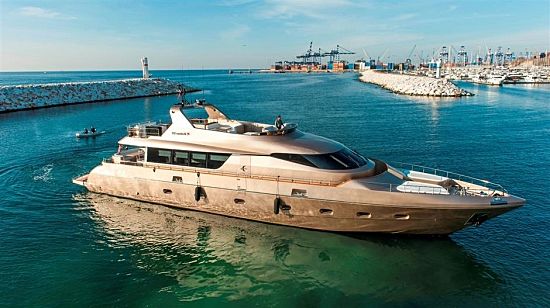 Bordering Republic of Congo and Angola on the Atlantic coast of Africa, Bongo ruled Gabon for a total of a total of 41 years. Unfortunately, his time as ruler of the country is drastically undermined by his notoriety in issues of corruption, reportedly pocketing a substantial percentage of the country’s GDP throughout the duration of his reign. His fraudulent wealth was spent on extravagant properties and toys, including several Bentley’s, Ferrari’s and Lamborghini’s, an almost half-a-billion-dollar selection of properties in France and, of course, the superyacht Nirvana.

Accommodating up to four guests over two large staterooms, Nirvana underwent a refit in 2013 and is offered to potential owners with the possibility to convert her to a four cabin layout to sleep eight guests. Whether or not the checkered history of her past owner will affect her sale positively, negatively, or not at all, time will tell. 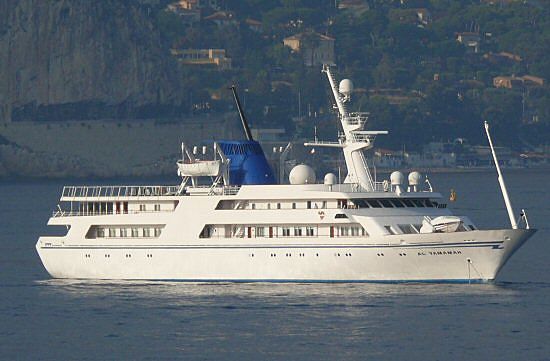 Nirvana isn’t the only yacht currently circulating the media that has lived a decidedly colourful history. National Geographic recently wrote an article regarding Saddam Hussein’s ex-superyacht, Basrah Breeze, and its successful to conversion to what is considered to be one of the most luxury research vessels in the world.