Alia Yachts has launched the 36-metre support vessel, superyacht Phi Phantom, in Antalya, Turkey. The superyacht, built as part of the Project Phi, will serve as a shadow vessel to her mothership Phi, which is currently in build at Royal Huisman Shipyard. 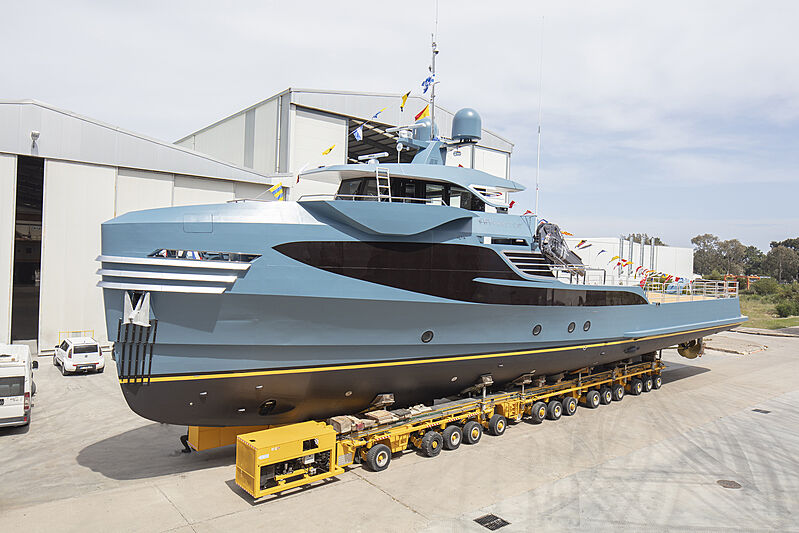 Project Phi, comprised of mothership Phi and support vessel Phi Phantom, was designed and built on a meticulous project briefing. According to Gökhan Çelik, President of Alia Yachts: “The owner of Phi Phantom is really detail-oriented, and has been very involved with every element of the build. He trusted us to deliver on a demanding brief, which we have certainly matched and, I hope, surpassed his expectations for this unique support vessel.” 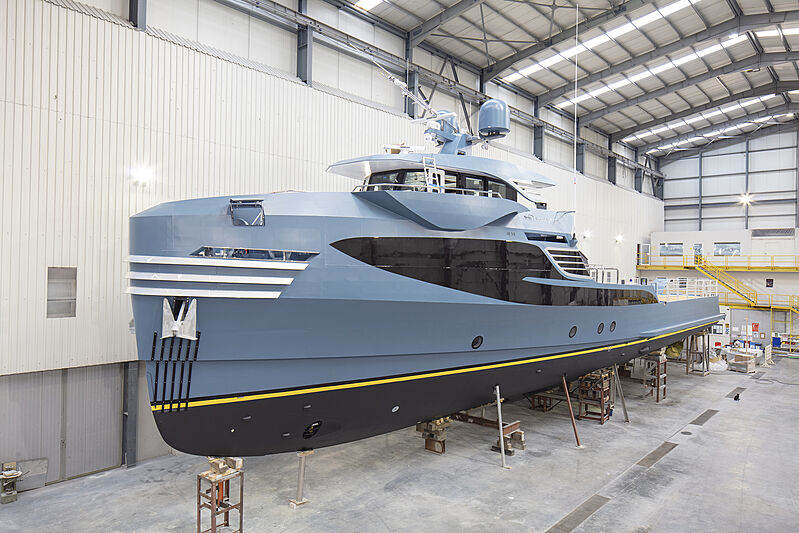 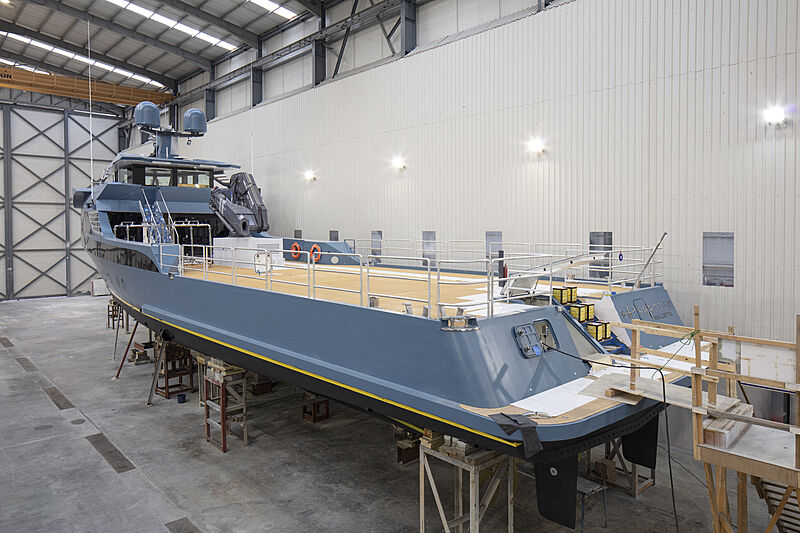 The 199 GT aluminium yacht features naval architecture from Van Oossanen Naval Architects and an exterior design penned by Cor D. Rover, and has a transatlantic range of 4,200 nautical miles while cruising at 12 knots to keep pace with her mothership. With twin Caterpillar C32 engines, Phi Phantom can reach a top speed of 21 knots. 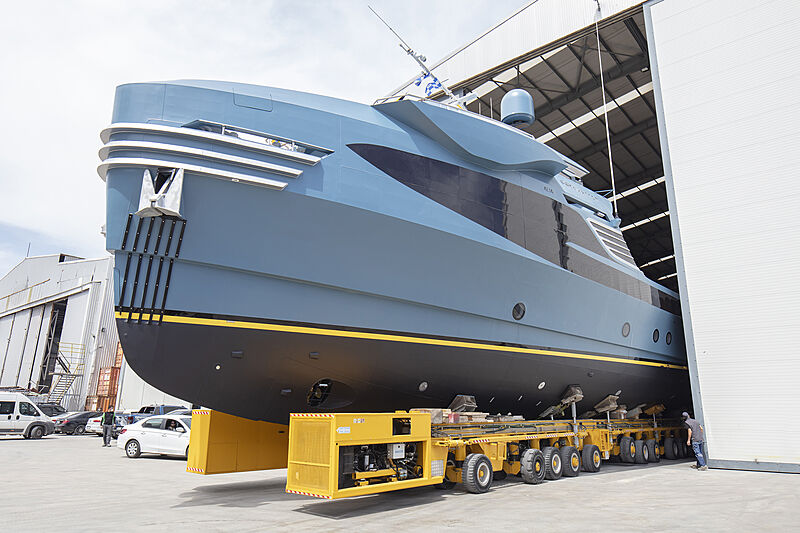 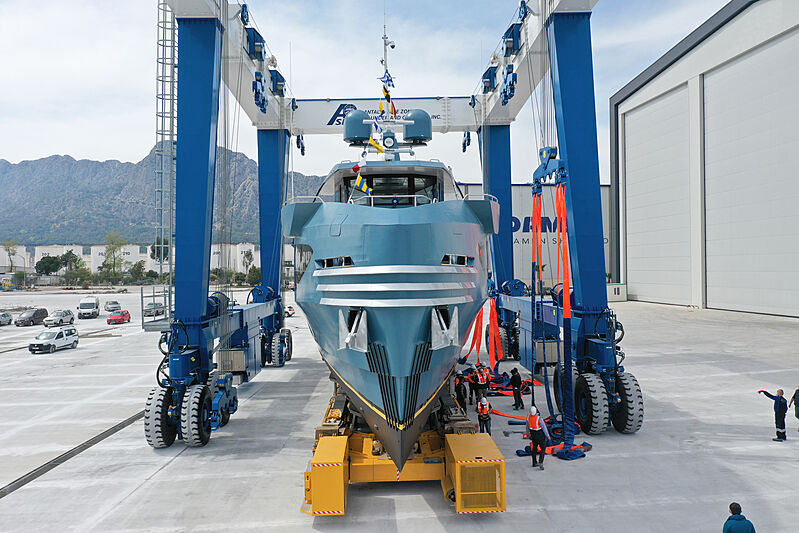 Phi Phantom, designed to carry the tenders and toys for her mother vessel, has been outfitted with a 9-metre marine crane capable of lifting 5.5 tonnes from the water onto her 150 square-metre aft deck. A hydraulically-operated lazarette below the deck stores additional toys. 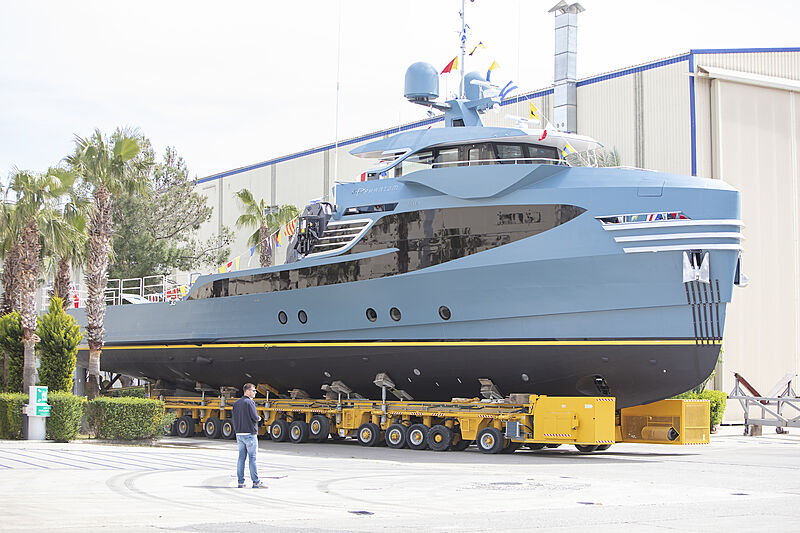 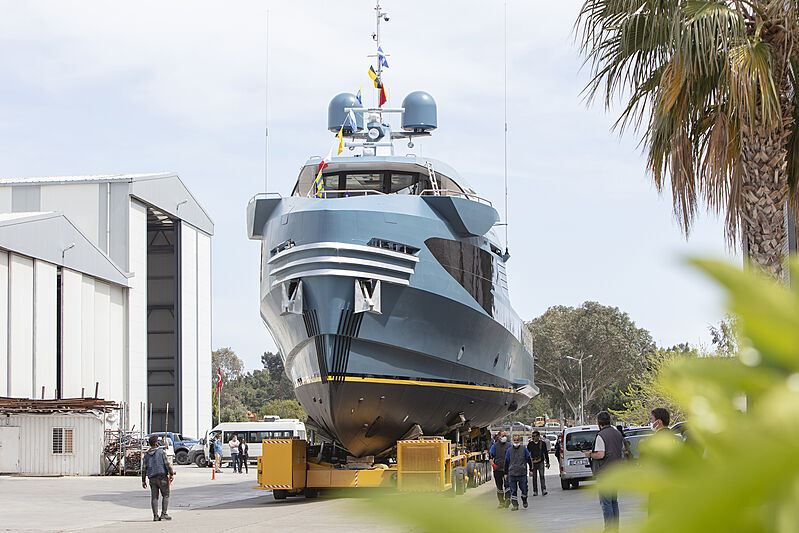 A shadow vessel was envisaged from the start for Phi, which has no tender garage and only a rescue tender on the foredeck. With shared naval architecture and exterior design with of her mothership, “Phi Phantom looks like a mini Phi; a sibling”, says Phi Captain and owner’s representative, Guy Booth. Phantom Phi’s resultant exterior aesthetic is characterised by horizontal grille work at her bow, and is finished in the same matte blue-grey finish as her mothership. 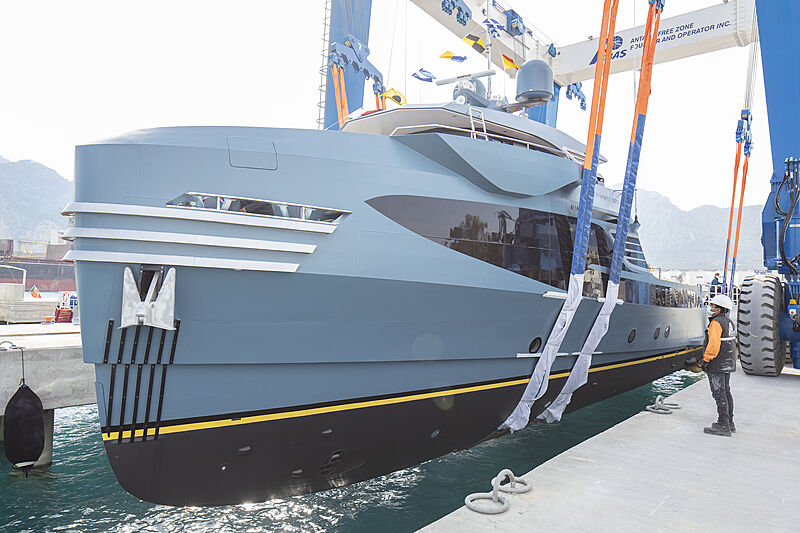 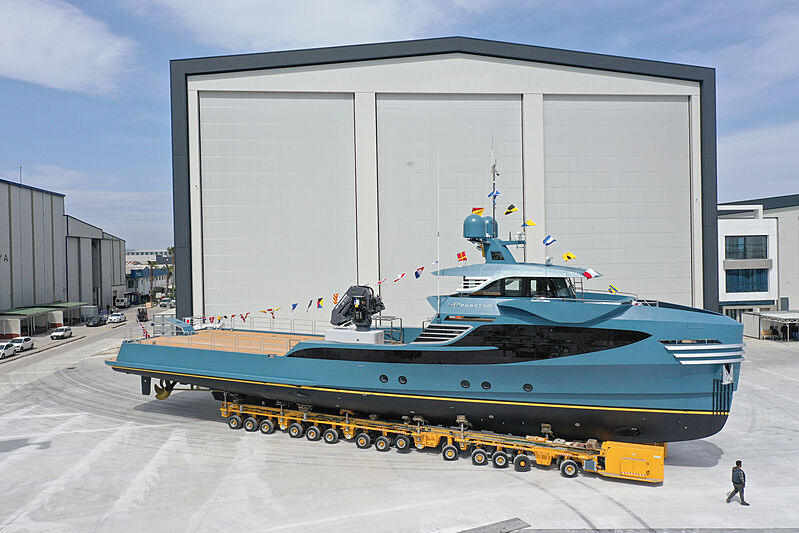 Currently, Phi Phantom is undergoing the final stages of sea trials and will be available for delivery to her owner in June.