The 68.2-metre support vessel Wayfinder has been delivered following her launch last December. Built by Astilleros Armon, Wayfinder is the second catamaran motor yacht to be launched by her builder, following the launch of the 66.2-metre Hodor in 2019. 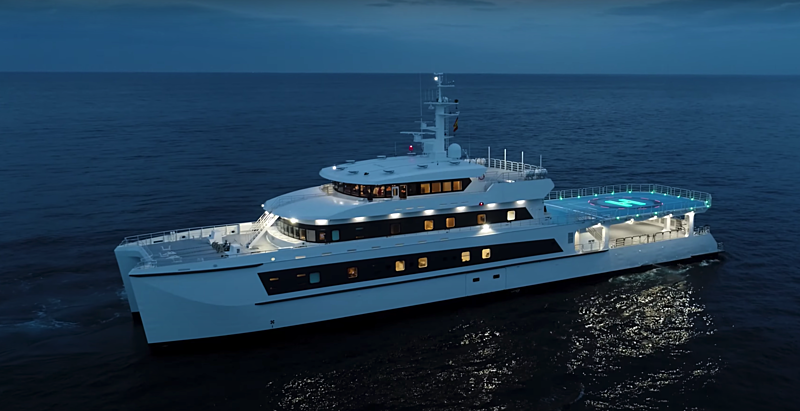 The catamaran features an exterior designed by Incat Crowther with her interior imagined by Oliver Design. The vessel has a 14-metre beam, which affords her a 1,737 GT volume. Wayfinder will act as the support vessel to a custom superyacht and will transport up to 200,000 litres of fuel, food supplies, a full store of toys, a helipad and hangar for a helicopter, a spare parts workshop and a rescue boat. Wayfinder is capable of storing three tenders of up-to 12-metres, as well as two small tenders on an open deck. The support vessel can accommodate up to 14 crew, 18 staff and 12 passengers on board.Wayfinder is also home to a guest beach club, medical facilities, a flower room and a pickleball court situated on her helicopter deck. 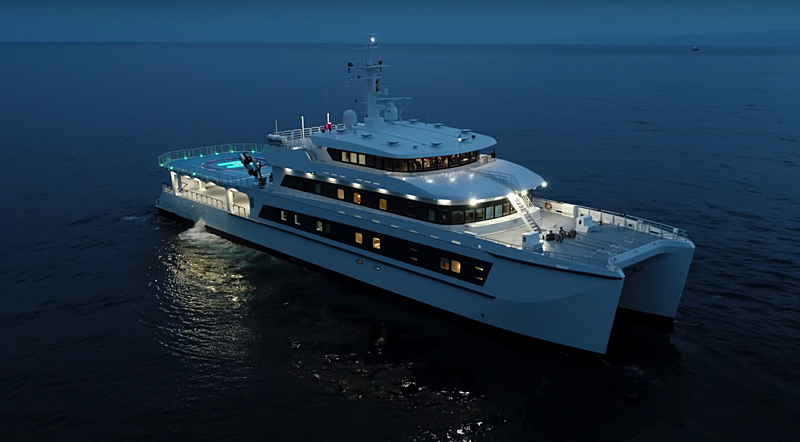 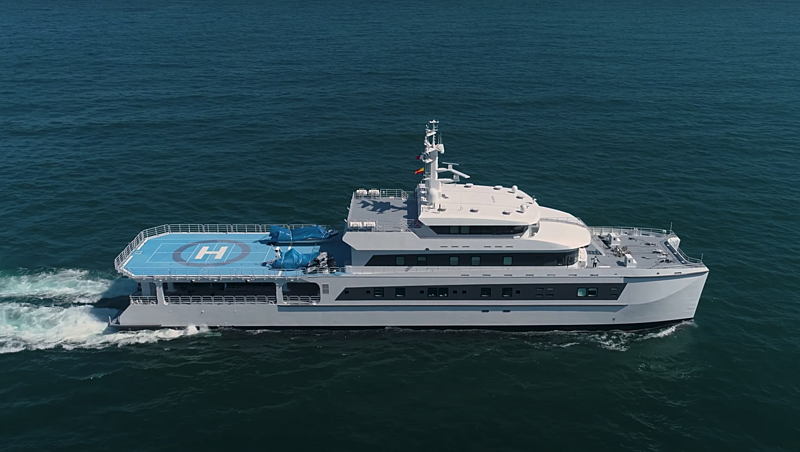 Wayfinder sports twin MTU 16V 4000 M73L, reaching a top speed of 21 knots. Her propulsion system has been designed to reduce the vessel’s nitrogen oxide emissions to two grams per kilo-watt an hour, contributing to the vessel’s reduced emissions.