According to Spanish news source, La Voz de Galicia, Astilleros Armon in Burela, Spain launched the 68-metre support yacht Wayfinder this week. This is the yard’s second vessel of this kind following the launch of the 66.2-metre Hodor last year.Built this year by Astilleros Armon, the catamaran yacht will act as a support vessel to a custom-built superyacht. Built in aluminum and painted white, the ship has a 14 metre beam length, four decks and her depth of 2.40 meters allows her to sail closely to the Iberian coastline. 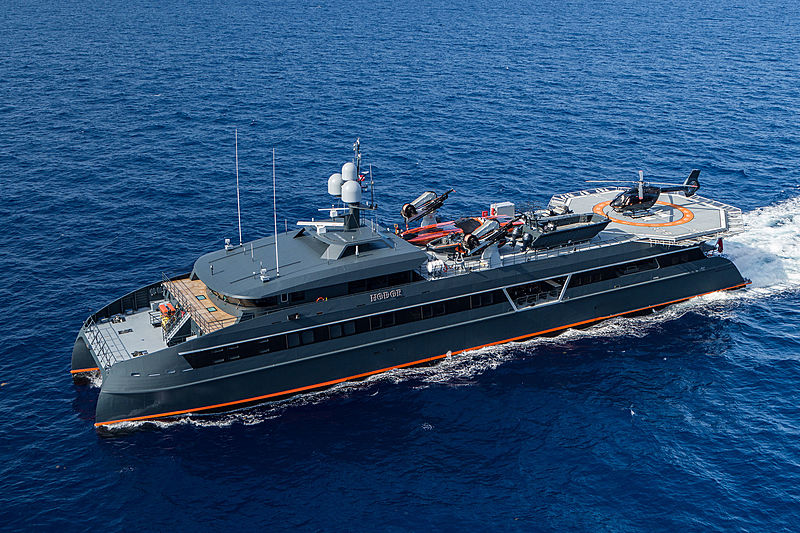 When it is operational, it will transport the toys of the owner and their guests. The yacht comes with a helipad and hangar for a helicopter, and will support the mother ship with fuel and food supplies, a spare parts workshop and a rescue boat. In addition to its 18 crew members, it will also serve as accommodation for 14 extra crew and service personnel of the main ship.

Wayfinder is powered by two MTU 16V 4000 M73L diesel engines and can reach a top speed of 21 knots. The two propulsion engines produce 2,832 kilowatts each and designed to reduce the vessel’s nitrogen oxide emissions to two grams per kilowatt-hour. An onboard treatment plant cleans all the wastewater that is discharged into the ocean in addition to treating and storing all the solid waste that she generates on board.

The support ship will be moored at the Burela dock over the coming weeks in order to complete its construction and outfitting.