It all started from a conversation between two Captains. Winston was discussing the latest voyages for Motor Yacht Big Fish with Mark Drewelow, founder of Yacht Aid Global (YAG). The vessel was shortly departing Florida for Panama. From there, gunning down the Pacific Ocean towards a little island called Más a Tierra but famously known to most as Isla Robinson Crusoe. 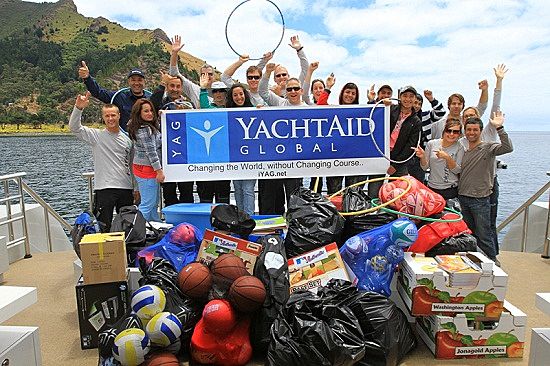 The name itself immediately conjures up stories of the legend’s daily life in 1704 on the island: foraging for food, bible studies and waiting at the lookout each day for a passing ship to come to his aid.

Today the islands name doesn’t instantly resonate with the legend. Instead, the hardship that the locals have faced since the 8.8 earthquake hit Chile in February this year. Swapping legends for real life stories, locals were awoken by a solid 65ft wave heading towards the village of San Juan Bautista in the early hours of the morning. 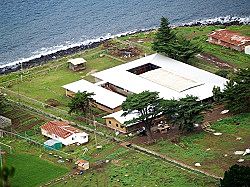 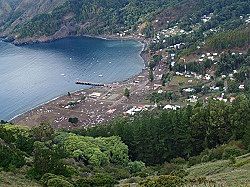 Many were still asleep in their beds when the wave eventually struck. All for one 12 year old girl who managed to alarm her neighbours and clamber for higher ground. Everyone’s livelihoods were washed away in the instant. The government was weak in its response to provide aid. All for the saving grace of several private donors the local people are still struggling today.

Mark bought the conversation back to the children on the island. Their school was now buried below sea level along with every text book and writing material. A makeshift cargo container now holds lessons each day for the 150 pupils.

It was a perfect partnership for YAG and Big Fish. Donations from crew and previous charter guests enabled us to provide over $8,000US worth of supplies for the school. Items ranged from laptops and printers, stationary and writing material to sports equipment that would bring a smile on any child’s face. 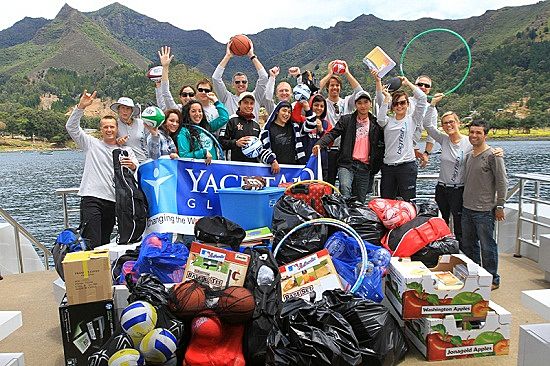 The main saloon was bulging with the goodies when we arrived in Cumberland Bay, Robinson Crusoe. The 10 day passage down had us quizzing each other on what to expect of a landscape trying to recoup. We received a warm welcome with open arms from the Headmaster Juan Carlos who stepped onboard with 7 pupils shying away from all these strange faces. Everyone was awe struck to be stepping onboard a boat of such magnitude. We entertained with dance sessions on the bow, playing with the video wall and admiring the view of their homes from the crows nest. But the real hype was coming from the main saloon when the footballs were spotted.

When the realization hit that the pyramid toppled with sports gear was for their school everyone started shrieking in delight. Hula hoops had to be tested on the bow. Even Winston tried to compete with one of the local girls twisting his hips in a circular motion much to the shouts of laughter from the crew. A soccer match was fixed for that afternoon, Big Fish versus Robinson Crusoe. The Muchos Gracias sang high notes of praise as the tender was loaded for shore.

The crew of Big Fish would like to thank the efforts of everyone who contributed to this cause. Seeing those wide spread smiles on the children’s faces made it more than worthwhile.

Yacht Aid Global has been helping out isolated communities around the world since 2006. Based out of San Diego, Captain Mark Drewelow spent 20 years at sea in many of the countries where YAG has had an impact. It works by utilizing luxury yachts travelling to countries in need of medical and school supplies to deliver the equipment. Donations derive from charter guests, crew and private organizations. It stands for ‘Changing the world without changing course.’ Nothing complicated just trying to make a difference in communities around the world.