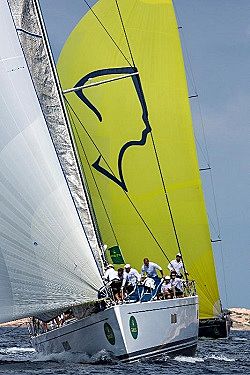 Italian Swan 90 Altair is owned by Mr Paolo Scerni and Mr Roberto Tomasini and was competing in the Maxi Yacht Rolex Cup for the second year running, after taking second place in the Maxi Racing/Cruising division in 2012. This year the crew enjoyed the most dominant week of any boat competing, and a fourth straight win secured the Maxi Racing/Cruising division title for them with a race to spare.

The winning crew were delighted with their result; co-owner Mr Paolo Scerni commented; “It was a very exciting week. I think the team performed exceptionally well; it is funny because we came 3rd with Swan 90 Kora 5 in 2011 then after her refit last year and newly named as Altair we came 2nd and now this year we have won. I think Nautor’s Swan did a good job in the refit! Altair sailed very fast throughout the races and we had very good results. Taking into account the fact that Altair has six cabins including those for crew, six fridges and is fully kitted out for when we cruise with her, I would say she has raced extremely well".

"We collected three trophies on Saturday; the Swan Maxi Class Trophy for the best placed Swan at the event, the Maxi Racing/Cruising trophy for first place in the division and we also won the best placed Yacht Club Costa Smeralda member’s yacht award. We were up on the podium three times which we all enjoyed; I was there with Altair’s co-owner Robert Tomasini so we shared the emotions of winning and we all celebrated together. This is the last race for 2013 and Altair will now sail to Palma for the winter.”

Further Swans competing were Swan 90 S Freya and Swan 90 Nefertiti, whilst Swan 90 Solleone attended the event and Swan 601 @robas raced in the Mini-Maxi Rolex World Championship. The yachts completed five days of racing, consisting of both windward/leeward races and a coastal race through the Maddalena archipelago.

The prestigious regatta is organised each year by the Yacht Club Costa Smeralda (YCCS) in conjunction with the International Maxi Association (IMA) and brings together some of the largest sailing yachts in the world. Taking place from the 1st – 7th September in the beautiful Porto Cervo, the event has been key in the Maxi calendar 2013 and again successfully attracted an array of stunning yachts to the waters of Sardinia. 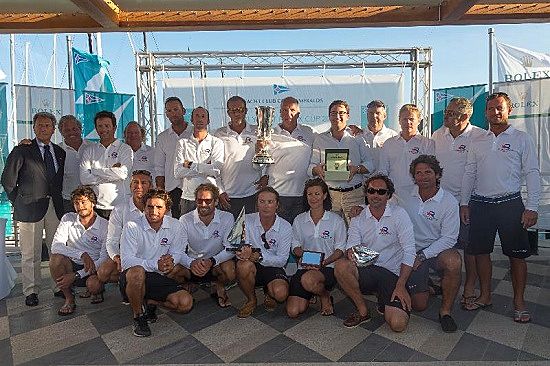 The final prize giving was held on the evening of the 7th September on the Piazza Azzurra at the Yacht Club Costa Smeralda. Trophies and Rolex timepieces were awarded to the six class winners and the inaugural Commodore Alberini Perpetual Trophy, established to commemorate Past YCCS Commodore Gianfranco Alberini who ‘sailed away in June’, was awarded to Gerard Logel’s Swan 60 @robas.