The fifth edition of the Royal Ocean Racing Club’s (RORC) Caribbean 600 concluded in Antigua yesterday with eight Swans competing in a fleet of 53 yachts from 27 nations. 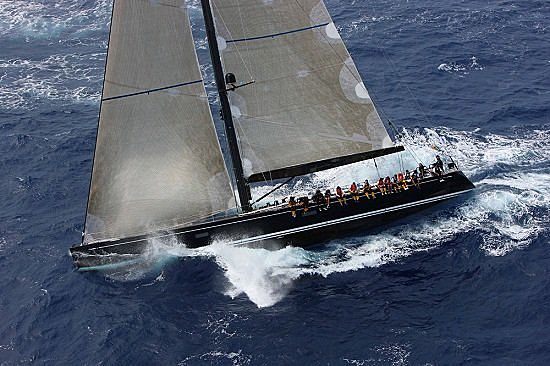 Competition was intense for the Swan Caribbean Challenge Trophy which was won in 2012 by Wendy Schmidt owner of Swan 80 Selene. The prestigious Swan Challenge trophy goes to the first Swan to finish on corrected time under IRC and will be presented to Anders Nordqvist owner of Swan 90 Nefertiti which completed the 600 mile course in just two days, seven hours and 57 minutes, finishing 5th in IRC overall on corrected time. This was the second year Nefertiti has competed in the RORC Caribbean 600 and the Swedish team showed a marked improvement on their 2012 results.

The prizegiving will take place this evening at the Antigua Yacht Club at 1900 and will be a welcome celebration for the competitors.

From Antigua, several of these Swans will head to Virgin Gorda for the inaugural Rolex Swan Cup – Caribbean, from 11-15 March 2013 at the stunning Yacht Club Costa Smeralda. This inaugural event has evolved from the past decade of ClubSwan Caribbean Rendez-vous held in the British Virgin Islands exclusively organised for Swan owners.