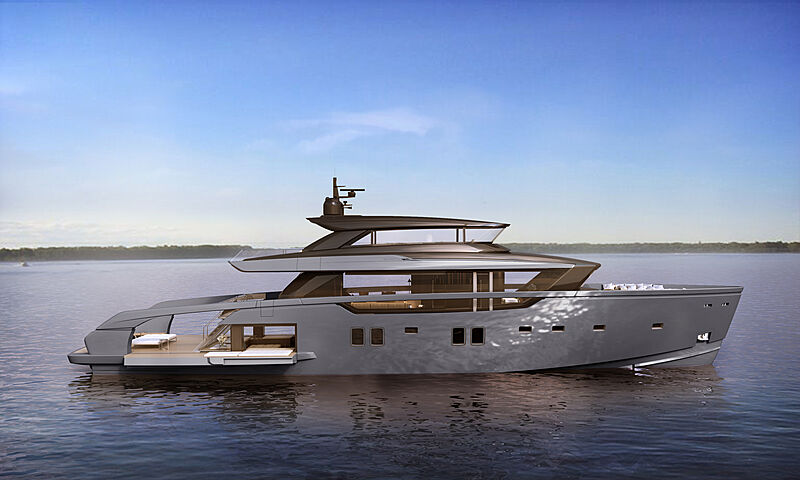 Bernardo Zuccon from Zuccon International Project was entrusted with the exterior design of the SX112 crossover yacht, who focused on enhancing the “family feeling” of the SX crossover range. Notably, the SX112 design aims to break down the barriers between life on board and life on the water with an open feel throughout that showcases the continuously evolving design feats of the forerunning SX88 and SX76 models from the SX crossover range. 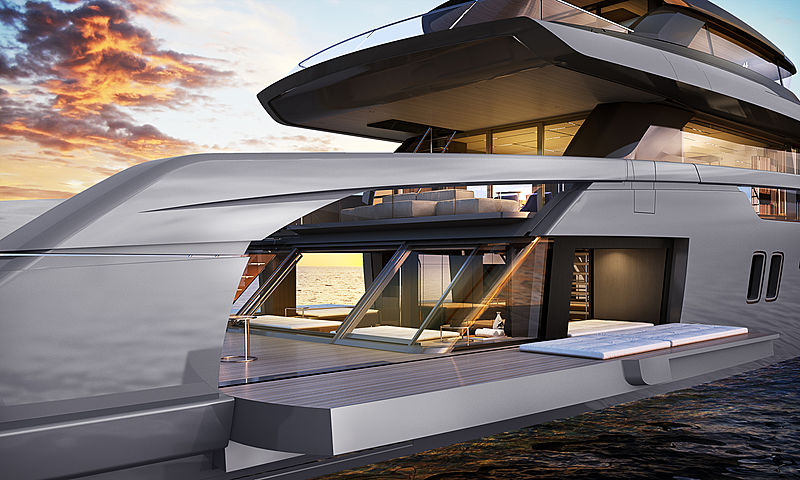 Photo: SanlorenzoHer interior designs are from the drawing boards of Piero Lissoni - art director at Zuccon International Project - who also focused on seamlessly integrating the interior with the exterior and incorporating fluid forms throughout the yacht, as is perhaps most evident on the main deck. 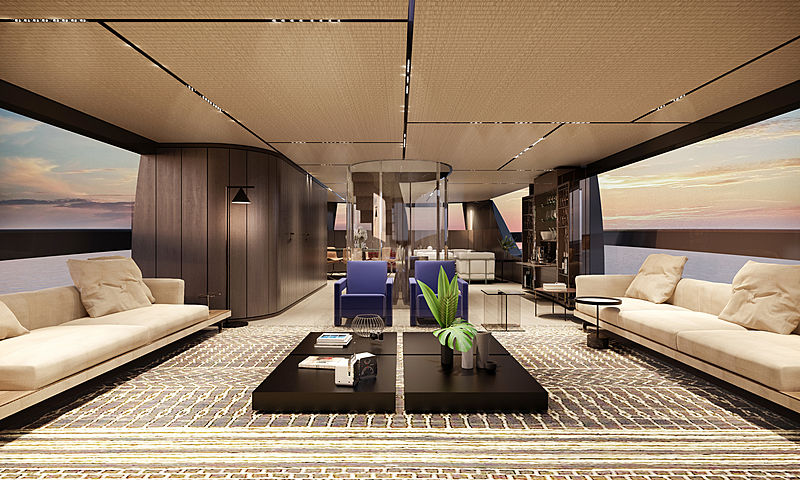 Photo: SanlorenzoA spiral staircase enclosed in glass at the top of the main deck connects the three decks and serves both in terms of functionality and aesthetic. Lissoni paid great attention to details and carefully selected materials that embody Japanese purity and Italian excellence at the same time. 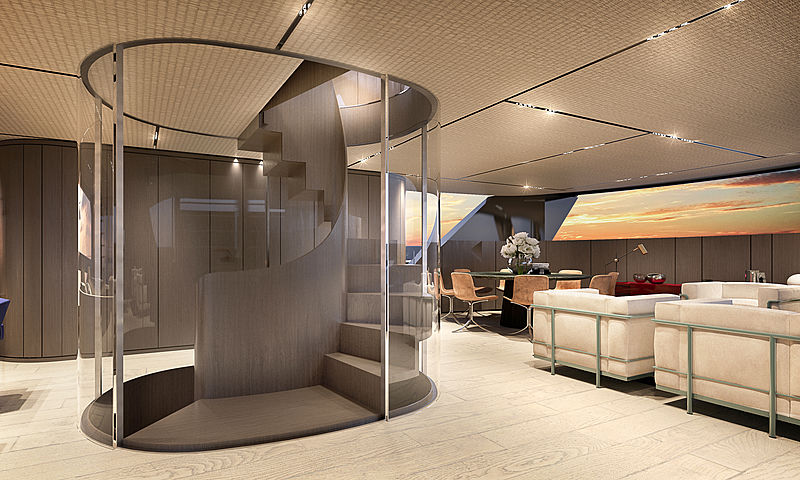 Photo: SanlorenzoThe stern area is a key defining element of the SX112 crossover yacht, where guests will find a spacious internal beach area that is still closely connected to the outdoors. And thanks to retractable balconies, the connection between the indoors and outdoors is once again maximised. 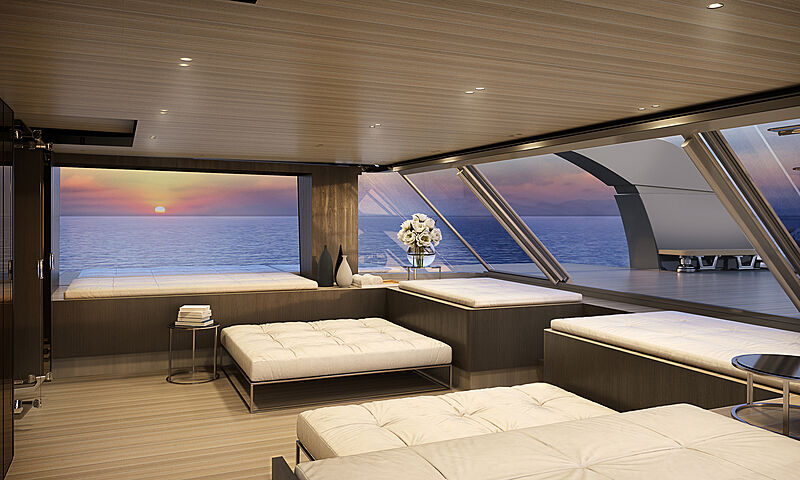 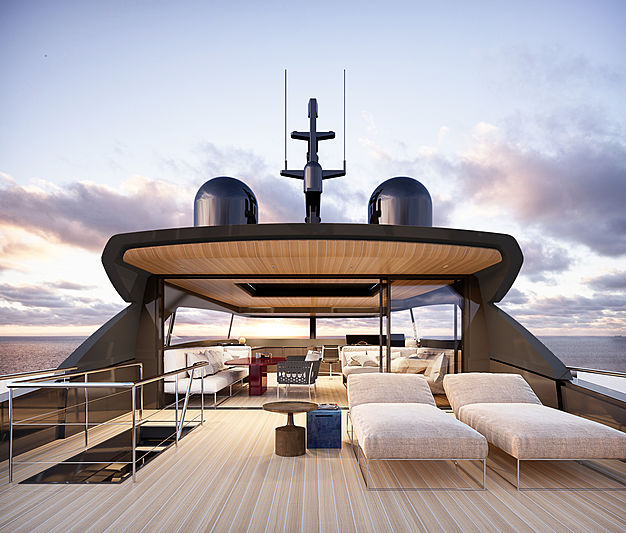 Photo: SanlorenzoPowered by four Volvo IPS3 1350S engines with 1,000 hp each, the new SX112 crossover yacht will be able to reach a maximum speed of approximately 23 knots and cruise at 20 knots. 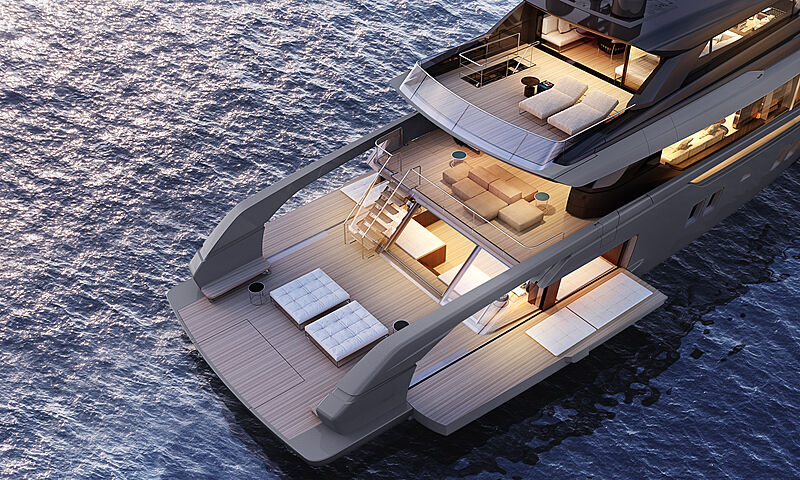