Sardinia Yacht Services (SYS), part of the Luise Group and Associate Partner of BWA Yachting, has announced that after arduous and challenging negotiations carried out on behalf of their clients, that they have been successful in obtaining reimbursements to the Sardinia “luxury tax” as it was more informally known (regional law N. 4/2006) which were charged to superyachts in 2006, 2007 and 2008. 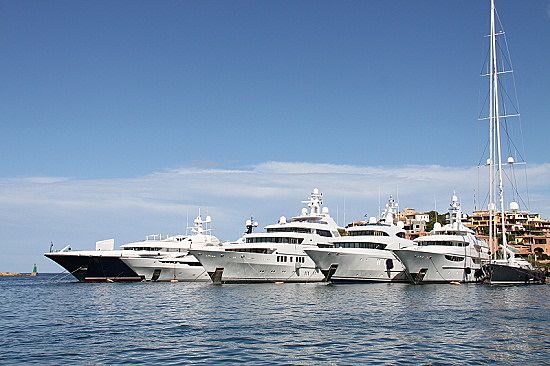 The Sardinia luxury tax which was in effect for 3 years was successfully repealed in 2009 after a strong lobbying campaign lead by SYS. For the past six years SYS in conjunction with their Associate Partners and an extensive team of lawyers and financial advisers have managed to have Regional Law N. 4/2006 annulled by the European Court of Justice with which judgement N. 169/08 declared that the regional tax was prejudicial to articles 49 and 87 of the EU treaty. Now SYS is in the processing of processing the paperwork necessary to seek reimbursement for the taxes already paid by SYS’s clients.

In order to facilitate the reimbursement of the taxes which were paid, the region has decided to follow the official legislative course and a provision has been added to financial law which has been finally approved.

Fulvio Luise, Director of the Luise Group comments today, “The fact that not only has the law been repealed, but that reimbursements are being returned to our clients, is a true testament to the years of hard work, negotiations and lobbying that SYS has done on behalf of their clients. As you can image these types of changes in law in Italy are complicated to carry out and involve a tremendous amount of tenacity, patience and persistence and we are very pleased that SYS led this process and was the only agent in Sardinia that stayed par for the course until the very end.”

Renato Azara, Director of Sardinia Yacht Services comments, “This process involved years of face to face meetings with officials and governmental representatives to educate them about our industry and lobby the change of this law. I am extremely proud of my team who have all done an incredible job working with the governmental authorities, captains and owners not to mention the processing of all of the necessary documentation for each client from 2006-2008 which is extensive as you can imagine.”