This week’s SYT 3D yacht of the week is the 126.2-metre superyacht Octopus, which was launched in 2003 and built by renowned German shipyard Lürssen. Octopus is currently the one of the largest superyacht for sale in the world, after joining the market in 2019. 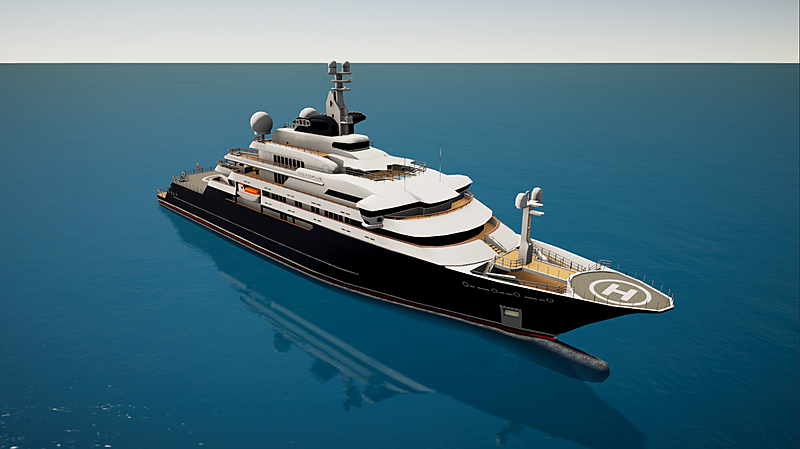 Octopus features an exterior design by Espen Øino and an interior by Jonathan Quinn Barnett. The explorer superyacht is one of the most famous vessels in the world. 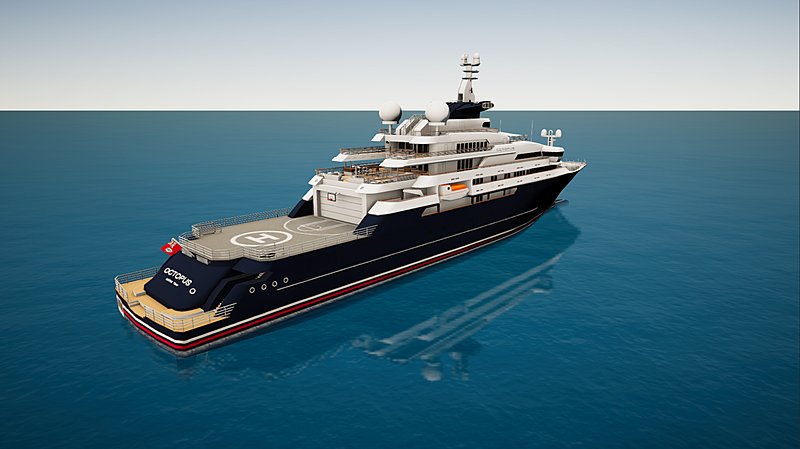 The superyacht has eight decks and an interior volume of 9,932 GT. In 2019 she underwent an extensive refit at Blohm & Voss shipyard. Externally, Octopus has a generous pool on the main deck, a large array of seating and dining areas and a helicopter hangar with holds two helicopters, an SUV and an array of tenders and toys. 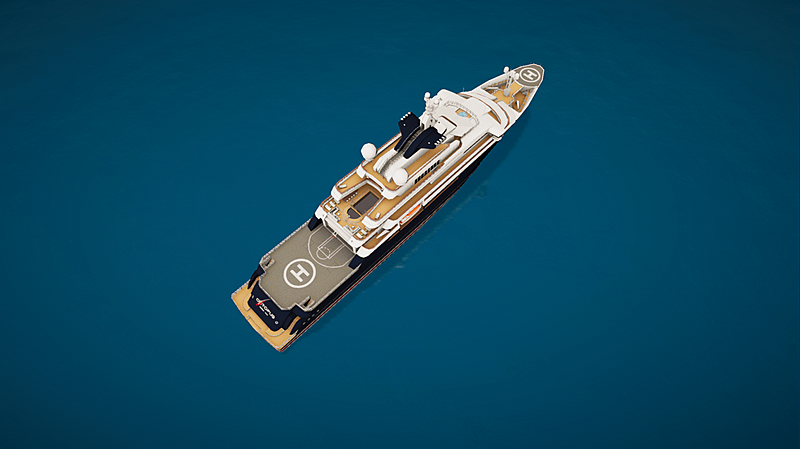 Her expansive interior volumes include 13 staterooms for the accommodation of 26 guests, who are taken care of by a crew of 63, accommodated within 30 cabins. She cruises at 17 knots and reaches a top speed of 20 knots. She also holds a gym, library, impressive spa, multiple bars and a glass bottomed observation area.

Octopus can be viewed in SYT 3D as part of the Lürssen fleet and found on their own island. The yachts include the 95.2-metre Kismet, launched in 2014 and the 95-metre superyacht Madsummer, you can compare them all now in SYT 3D. 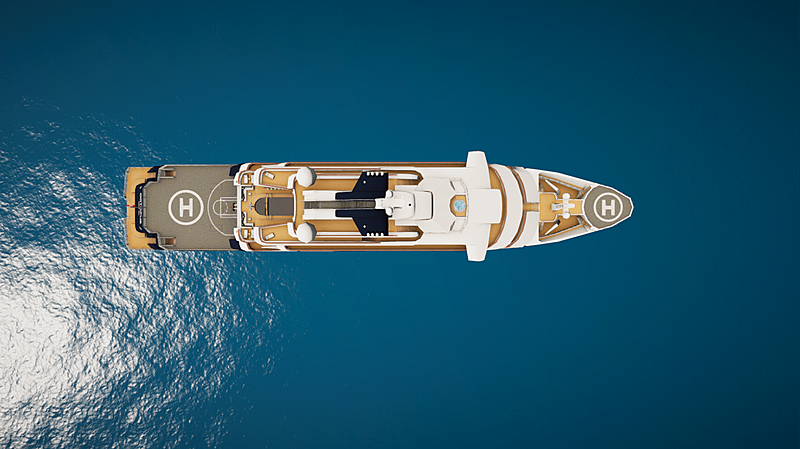 To view your yacht in SYT 3D, get in touch with our team.