This week, I had the pleasure of interviewing one of the most influential designers in the world, Philippe Starck. The latest superyacht by his hand, the 78 metre Feadship Venus, built for the late Steve Jobs, left the traditional superyacht industry gasping for air. I talked with the French designer about his radically different approach to a superyacht.

“From the beginning, I had complete carte blanche”, Starck starts out “The owner just gave me the length and the number of guests he wanted to accommodate, and that was it. In our very first meeting we had little time to speak, so I told him, I will design it, as if it is for myself. The owner replied that that would be perfect for him. This is how we were able to design the project so fast, in just two weeks we delivered the plans, and a ship model”. "The owner was very rigorous, but he rewarded me with the best gift someone can give a designer; he told me “it is better than in all my dreams”… Which for him was a lot! " 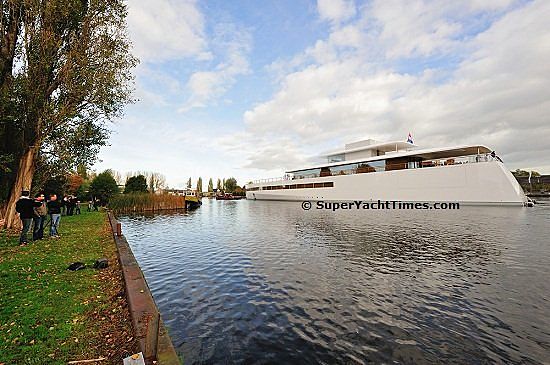 Looking back, Starck continues “We never retouched the project which means that from 2007, to the launch, it is basically still the same”.

When asked about the design process, Starck explains “We spent just one day every six weeks, for 5 years, on refinements. Millimetre by millimetre. Detail by Detail”. 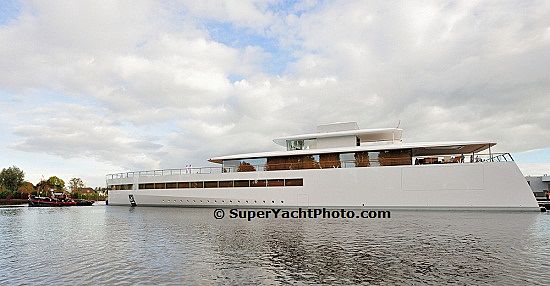 Starck explains the concept was based on the philosophy of keeping the design to a minimum; “The key word between the owner and me was honesty. There was no room for lies, or for fakes. The result was what we say in France: Dans les règles de l’Art”. Which roughly translates into: with respect to rules to perform a job or task in an methodical way.

“Venus is exceptional “ Starck continues, “In the design, there is no reason for aesthetics, no reason for ego, nor for trends. We designed it by philosophy. And we stuck to that absolutely. As I said, the yacht’s design was finished in our first meeting. Then we did the details. We always wanted less and less, which was fabulous. With the design done, it was all about refining it. Re-polishing it. We came back on the same details until they were perfect. We had many calls about parameters, the result is the perfect application of our joined philosophy”. 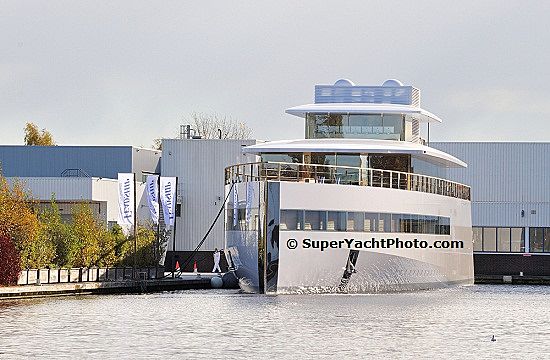 When we look at the final outcome, it is clear both designer and Jobs had an exceptional eye for design and details. When I ask Starck about the effect this had on the shipyard, he smiles; “I am sure we made it very difficult for Feadship. We reinvented ways to think, as well as the way to do things. But Feadship executed our ideas so very well. The quality of the boat is astonishing”.

Although we might never get to see the inside of the yacht, Starck describes what many of us already expected: “Inside, we used loose furniture, but left it very open. The owners have to live their own life, so it was mostly done by them. It is the minimum of everything. There is not a single useless item inside…. Not a single useless pillow, or a useless object. In that sense, It is the opposite of other boats. Other boats try to show off more and more. Venus is revolutionary. It is the extreme opposite.” 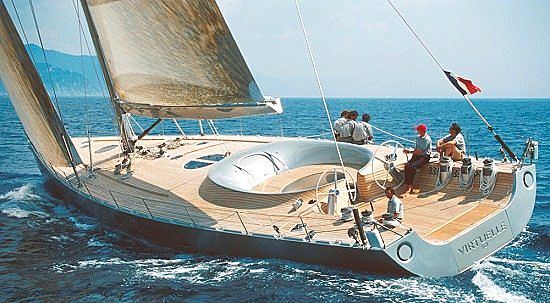 Venus is by no means the designer’s first superyacht; “You know, in my company we are very precise, and always try to bring on a revolution. In our first yacht, Virtuelle, we worked with an owner who fell in love with his yacht, a most elegant sailing boat. That yacht was a revolution. It had almost nothing in terms of details”.

“After that we started working on Wedge Too. That was not the same thing, as we took the project on when it was already underway at the shipyard. We had to work with what was already there. Our goal for that project, was to create a yacht that was not vulgar, it just had to be elegant. That was all”. 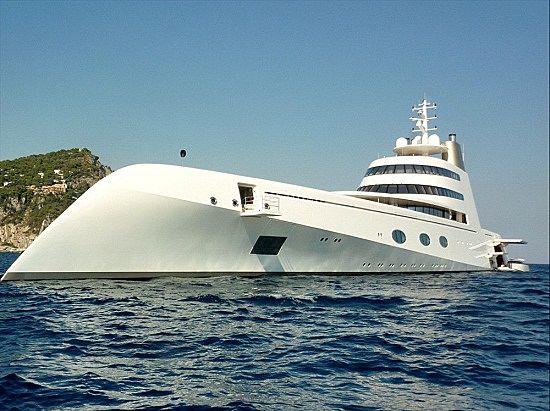 Then came A,the 119 metre Blohm & Voss. “Ah A, yes that was a real revolution. Today we can see many projects that are like children of A. A was all about being in harmony with nature. Harmony with the waves. About organic design. That, and a very good hull, that makes no waves, even at high speed. Only last week I was on board, and I can tell you it is an astonishing boat. And the owner is very very happy”.

Getting back to Venus, Starck explains: “And now there is Venus. Another revolution, not in the same way, but then again, it was not built for the same goal. Venus was about the elegance of minimum.” 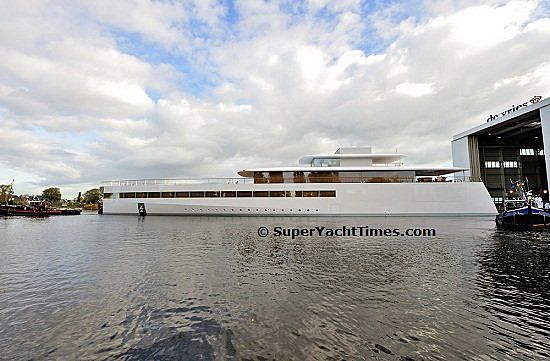 Looking at the future, Starck hesitates. “We now have other projects, with again other goals. But you know, everything is always a secret, and unfortunately I cannot speak about these new projects, but we are working very hard on another amazing project, which is almost finished. She will be the most astonishing boat in the history of sailing yachts. And we have others also…. “ 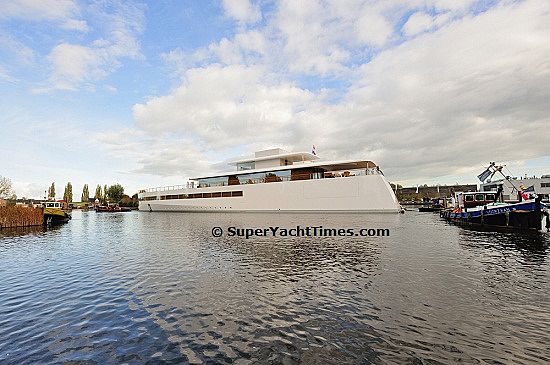 “Superyachts are part of our business now. We work with people we love, people who share our values. When people ask us to do a project, and we are not on the same page, we won’t do it. But when people come along, like the owner of Virtuelle, the owner of A, the owner of Wedge and now the owner of Venus, it is fantastic. We helped realize their dreams...”

By Maarten Janssen, photos of Venus by Christo303