A buzz topic in the superyacht industry as of late is that the superyacht market in Asia has been booming. Claims of increased superyacht sales and a growing enthusiasm for yachting have led to what some are calling a ‘boom’. Curious about the true current state of the Asian yachting market, Kayla Dowling of SuperYacht Times spoke to yachting professionals across the vast region to unpack the current sentiment. Photo: Manson YimOur first finding is that data from our intelligence system SYT iQ supports the general trend that there is an overall increase of sales in the Asian yacht market at the moment. This upward trend is occurring at two different ends. The first is new builds by shipyards in countries such as Taiwan and China, who are expanding their market share from a collective 6% to a combined 10% between 2019 and 2020.

A sneak peek at the data of the upcoming SYT market report ‘The State of Yachting 2021' reveals that Asian ownership of superyachts over 40 metres in service now stands at 5.8% of world’s superyacht fleet over 40 metres. The percentage share of Asian ownership of the over 40-metre fleet has remained steady over the past five years, but the world’s fleet of these yachts is constantly growing. This means that the number of Asian-owned yachts over 40 metres has grown steadily, from 91 at the start of 2016, to 109 as of the beginning of 2021.

Yacht brokerages like Simpson Marine, established originally in Hong Kong with offices located all over the continent, are experiencing this growth firsthand. The company sold more than 112 new and used yachts in 2020. This phenomenon, appears to be strongest in Hong Kong, “Undoubtedly, Hong Kong is the strongest and most active market in Asia and this has been the case since the 1800s when the region's first yacht clubs opened, and now, all the major brands are represented here”, comments Mike Simpson, owner and founder of Simpson Marine, in an earlier interview with SuperYacht Times. 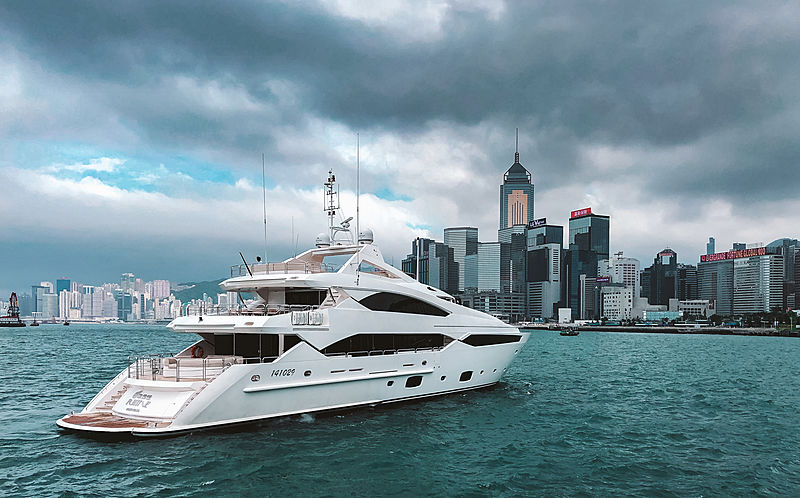 Photo: Maarten JanssenHowever, this trend is not unique to Hong Kong and is occurring throughout the region. Joshua Lee of Lee Marine in Thailand explained, “When I came to Thailand in 1997, there were a couple of sailing boats. Now, it’s full of production yachts from builders such as Princess Yachts and Sunseeker.” Additional signs of growth throughout the region are evident, such as in Sanlorenzo’s 2020 financial report, which stated that the Asian market comprised 23.5% of the Italian shipbuilder’s total global sales in that year.

But, why now? Hong Kong based Eric Noyel, CEO of Asiamarine and representative of Fraser Yachts in Hong Kong, explains that the upward tick in the market comes as a result of several factors. These include the Covid-19 pandemic and its accompanying restrictions, and the fact that there are more than 260 islands surrounding Hong Kong – a logical location for yachting. He commented, “In Hong Kong, you have a very wealthy population who are used to travelling and spending their money in ways that are no longer possible, due to the pandemic and travel restrictions. Now, you have a lot of people, forced to stay home, who have discovered their beautiful natural surroundings.”

This sentiment is echoed by yachting professionals at another one of Asia’s budding hubs: Thailand. Joshua Lee said, “In the past Thai people didn't really know what they had at their fingertips, just an hour away by boat. But now, with travel restrictions – Thai people are not allowed to leave the country and they have reacquainted themselves with the natural beauty of their own country. Instead of travelling outside, they are out there on the water and enjoying themselves.” 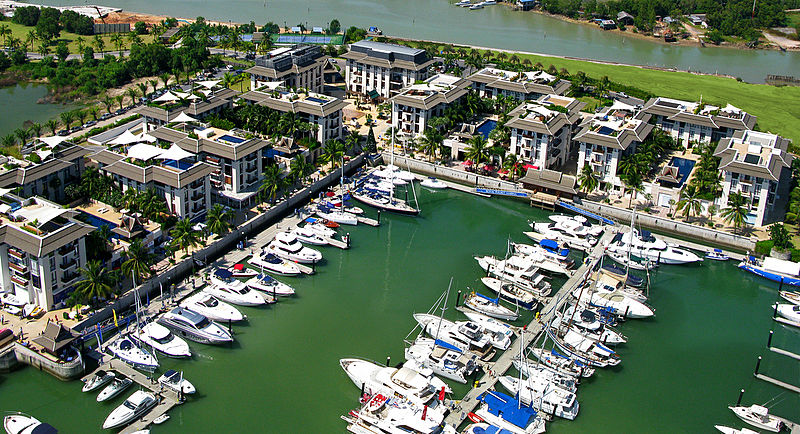 Photo: Royal Phuket MarinaThe pandemic, however, is not the only reason that the yacht market has flourished. The concentration of wealth, he noted, is also one of the largest contributors to the increase in yacht sales: “Hong Kong is the only place on earth where a yacht is cheaper than a house. You don’t get much for your money here, in terms of real estate. So with extra cash and no travel, Hong Kong’s wealthy have honed in on yacht purchases.”

Though there has been a cultural shift towards the yachting lifestyle, local regulations and restrictions, as well as a lack of infrastructure, have undermined the yachting industry’s potential, a point echoed by yachting professionals throughout the region. For example, Eric Noyel notes that he foresees somewhat of a hindrance to yachting’s potential in Hong Kong, due to restrictions that serve as a roadblock for larger superyachts: “We’ve seen an increase in the amount of berthing space available, due to the addition of the Lantau Marina. So now we have more space, but due to local restrictions, such as gaining access to permits for yachts around 30-metre plus, I don’t think that we are going to see 60-metre plus superyachts because there are too many limitations.”

However, Eric Noyel pointed out that the restrictions on superyachts that exist in Hong Kong do not necessarily reflect the rest of the region. Ian Hewitt of Derani Yachts in Thailand, explained that some progress has been made in accommodating yachts in Thailand: “The Thai Yachting Business Association (TYBA) has pushed for several years to allow superyacht charters for non-Thai flagged boats in Thailand. With the removal of this restriction, in combination with the recent measures to allow foreign superyacht visitors to come to Thailand and quarantine on their yacht, we hope to see an increase in charter traffic.” 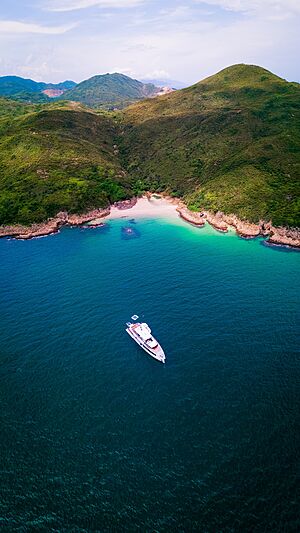 Photo: Jack Nagz To what extent the superyacht market is truly booming throughout Asia remains unclear. But one thing is for certain: that the vast region has acquired an affinity for yachting. Joshua Lee described Asia as the yachting industry’s “sleeping giant”, which is currently going through an awakening. The real boom, Eric Noyel claims,“ is happening in the 18-40 metre range, those are mostly people who have upgraded from a smaller boat.” The real boom has come as a result of the entrance by novices to the yachting world: “The first time buyers, who we are seeing a lot of right now, are not buying superyachts, but I foresee them making the jump to larger vessels down the line.” The rationale is that once people have a taste for yachting they will go down the proverbial rabbit hole, in search of all that yachting has to offer: “I think we’re at a tipping point where you will see the shift of people going into new build, customisation and, eventually, the aficionado customer who goes through the whole range”, explained Joshua Lee.

This is not dissimilar to what has been seen in the Russian market, where many owners begin their life on yachts with smaller vessels able to cruise on inland waterways and the Black Sea. It was recently noted in our interview with yacht broker Julia Skoptsova, that many of her clients gradually increase the size of vessel, eventually purchasing yachts in the 40-70-metre range once they have got a taste for yachting. This might suggest that in the coming years, we will see an even further increase in yacht sales to the Asian market, and a continuation of this gradual increase in interest from the region.