Size matters.... I am of course talking about superyachts. When I had a look at our best-read articles in 2012, most of them involved the launches of some of the world's largest yachts. Time for a short summary of those articles. 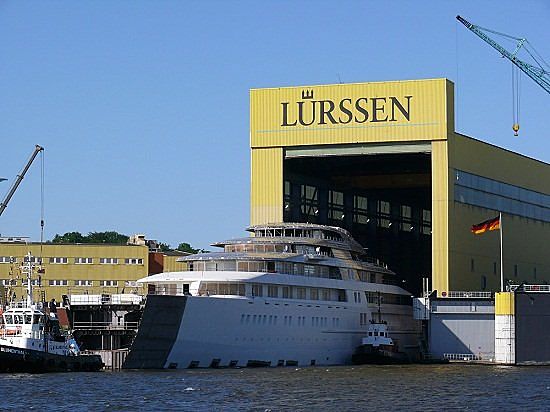 When the 180 metre superyacht Azzam left her building shed for a brief moment in June, we were there to bring you the very first photosin our world exclusive article. The yacht was moved into her outfitting shed in Lemwerder, where the German builders added her missing bow section. 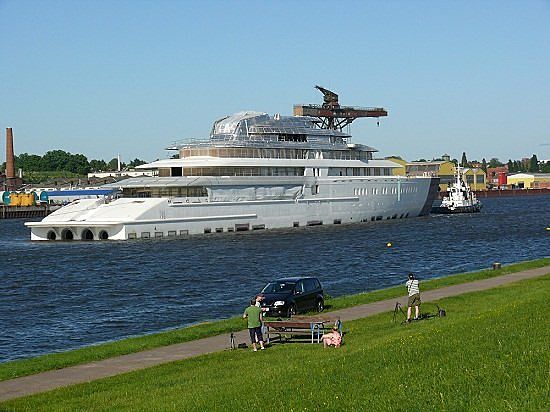 Since that day, we have received confirmation, that the yacht is designed by Italian yacht designers Nauta Yachts. We tried to get more details from the design team, but they remain tight lipped about any details concerning this huge project. Seemore photos in this article. 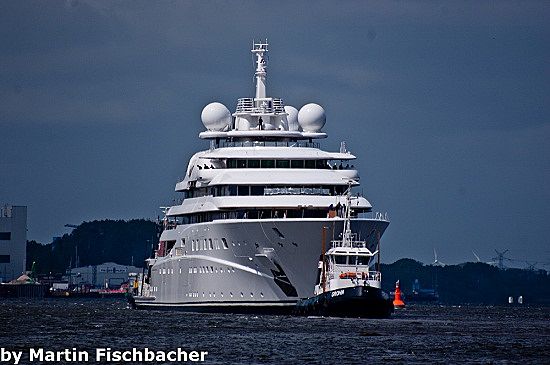 Azzam wasn't the only large yacht to emerge from the Lürssen yard. Just weeks before the 147 metre Topaz was launched, and again, SYT had the exclusive first photos. Still not much is known yet about this massive new superyacht, however we do know she has a length of 147 metres, beam of 21.50 metres and a gross tonnage of 11,589. Since our exclusive article in May, we did find out she was designed by Tim Heywood. See a more recentphoto here. 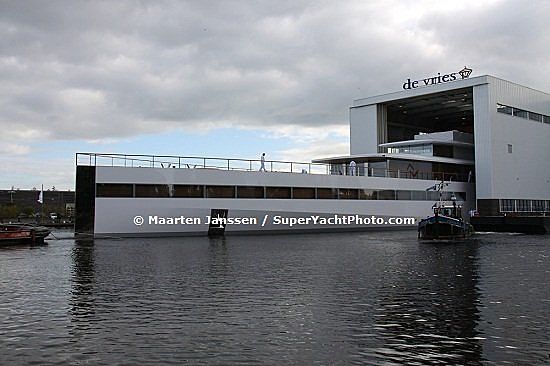 In October the 78 metre Feadship superyacht project 684 Venus was launched at the Feadship Koninklijke De Vries shipyard in Aalsmeer, and again, we were there to bring you the exclusive first photos. Feadship hull number 684 is one of Feadship's most secret projects to date, and the company remains tight-lipped about their latest launch. A few days later, I talked with French designer Philippe Starck about his radically different approach to a superyacht. Read the interview here. 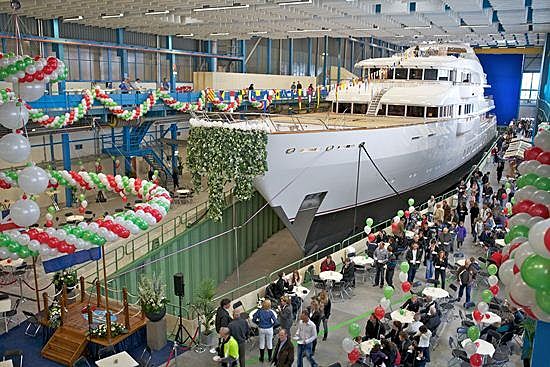 Earlier in the year, Feadship launched the 78.50-metre custom motoryacht Hampshire II for an experienced Feadship owner with a great love of action and sports. From the foredeck ball court to the 25-metre high crow’s mast, this latest scion of the Feadship fleet is a yacht full of adventure. For the full article, click here.

Not long after I talked to Feadship's Sales Director Koos Zitman about this phenomenal yacht. 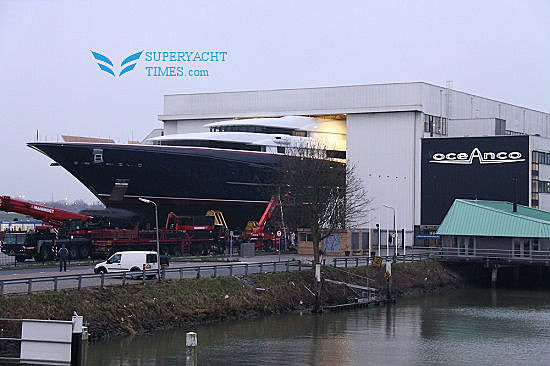 Early in 2012, Oceanco launched hull Y707,at theshipyard in Alblasserdam, the Netherlands.I drove to the shipyard at the crack of dawn, to see the roll out operation. Y707 measures 88.5 meters, and is custom designed by Sam Sorgiovanni, who created a yacht that ingeniously connects the inside with the outside. She was later named Nirvana, and we recently featured her as a SuperYacht of the Week.

What will 2013 bring? Well, our order book shows that nearly 160 superyacht are scheduledto be launched in the new year, so be prepared for even more world exclusive launch articles!