The first yacht on our list is superyacht Akula, the converted 1974 explorer vessel. Formerly a Dutch pilot vessel Akula was converted to a rugged exploration yacht in 1999 by Vosper Thornycroft. 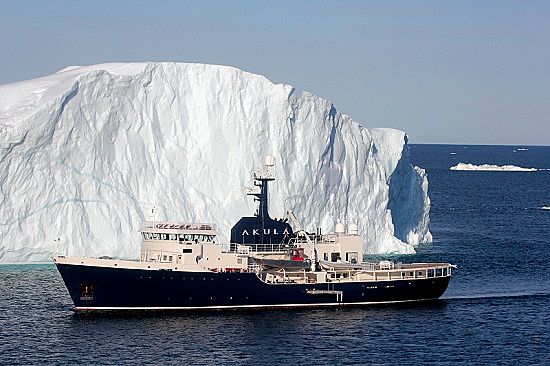 BMT Nigel Gee provided all naval architecture and structural design for the conversion including the addition of a flight deck and helicopter hangar. A partial interior and extensive exterior refit was completed at H2X in La Ciotat in 2008 and engine and generator overhaul in Malta 2010.

She is a wonderful example of a well-kept conversion from her working days as a Dutch Pilot vessel. Originally built in Holland to the highest Dutch naval specification, her condition today reflects her high standard of construction and the maintenance and care that has followed throughout her life until now. She now awaits a new owner to continue the enjoyments of a truly special vessel. Akula is being offered for sale by Bluewater at $ 10,950,000.

Turmoil: Turmoil was built in 2006 and, since her launch, has traveled the oceans of the world. Turmoil is considered by many to be the finest expedition yacht ever built. 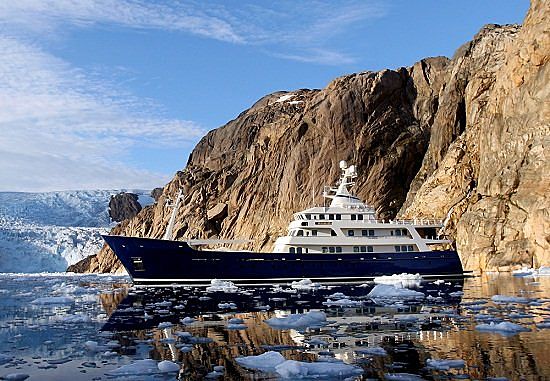 With her ice-strenghtened hull and 6500 mile range, she was built to travel great distances to any part of the world. The owner and captain that built the yacht had a great deal of experience with this type of vessel from 10 years of traveling in their first expedition yacht, the 151' Palmer Johnson of the same name. With this experience they built the 209' Royal Denship and she has proven to be one of the most exceptional yachts of her class. A unique feature that many people can appreciate is Turmoil's capacity for carrying three large tenders including one 35 to 40 footer and two 25 footers. This makes for great exploring when you reach remote locations and it is a feature very few large yachts share.

Stepping inside Turmoil, guests are greated by her stunning American Cherry woodwork which flows throughout the boat, rivalling some of the finest yachts built. There is a complete owner's deck under the pilothouse which is similar to a good sized apartment and includes two staterooms, a beautiful observation lounge facing forward and a private outside aft deck.

Turmoil has a total of eight staterooms and can accommodate 16 guests and 14 crew. She also has a large helicopter deck. Turmoil is for sale with Camper & Nicholson's International, and is asking $ 48,500,000.

Lone Ranger: This spectacular vessel started her life in 1973 as an ocean going tug. For her first twenty years she worked towing oil platforms, floating docks and other ships around the world as well as salvaging casualties, including tankers, freighters and bulk carriers. She was one of the largest and most powerful tugs of that time, often spending up to one hundred days straight on station in the North Atlantic. 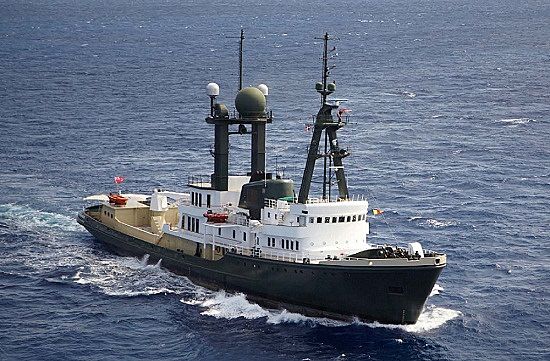 In 1994 she was purchased by a knowledgeable yachtsman and under the guidance of Kusch Yachts in Hamburg, Germany, she underwent a thorough conversion into a private yacht. In 1997 she was sold and gain underwent several refits in Miami that included the engine room, bridge area, deck and interior accommodation areas. This refit was extensive and was designed to give the owner years of comfortable world cruising. 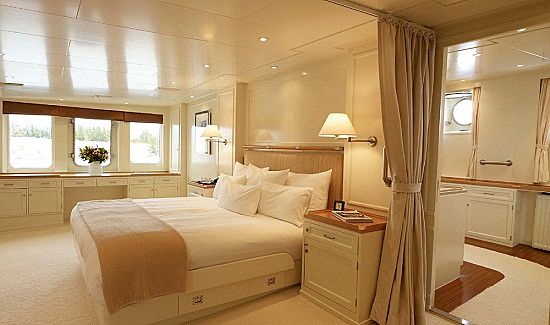 Lone Ranger has a 31,000 mile range at 12 knots, with Quantum stabilizers (installed in 2004) for greater comfort. In the last decade Lone Ranger has cruised the world several times, including a trip to Antarctica and the Arctic polar ice cap - she can break ice! She is ideally suited for cruising all oceans in comfort and style, yet keeping a low profile. Her interior features a large master suite with private owner’s library/study and four spacious guest staterooms, all ensuite. The large open deck space, including a basketball court, swimming pool and helicopter pad, plus her ability to carry a 40’ cabin cruiser and numerous small boats, adds to her many amenities. This vessel’s capabilities are unlimited. 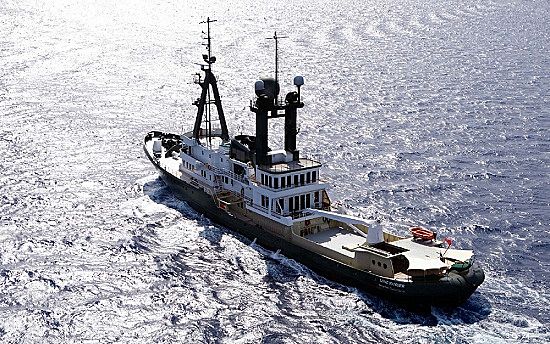 Lone Ranger is for sale with Y.CO.

Ulysses: Launched in 2006, the 59.6m (196ft) Ulysses has a rugged steel hull and aluminium superstructure. 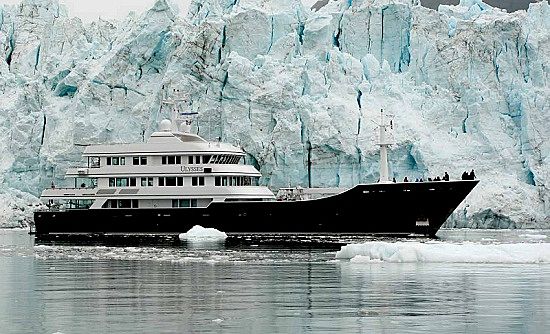 Built and equipped for action, Ulysses combines tough, go-anywhere expedition capability with a luxurious interior that surrounds guests in great comfort and style. 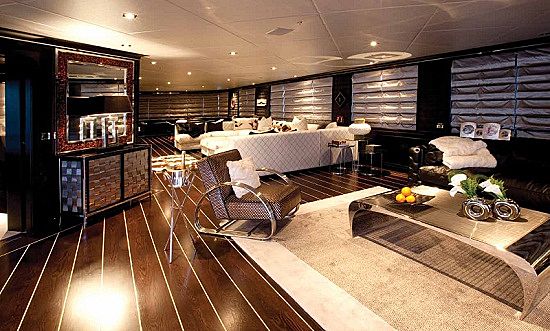 Powered by twin Caterpillar 1500hp engines, she can be self-sufficient for long periods. At a cruising speed of 12.5 knots, her range is 6,000 nautical miles and she is fully equipped to take guests well off the beaten track. Her vast inventory of deck equipment includes RIB tenders, a 5 person Perry submarine, two waverunners, a dive compressor and helipad. 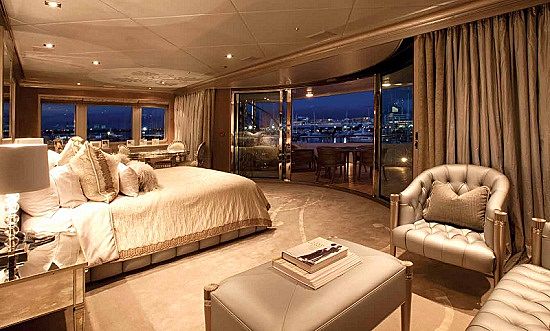 Ulysses offers accommodation for up to 16 guests. The large master suite features a lounge, private aft deck, study and large ensuite bathroom. There are five double cabins, one twin cabin with 2 Pullmans, and a twin bunk cabin with 1 Pullman, all with marble ensuite bathroom, desk, sofa and full entertainment system. 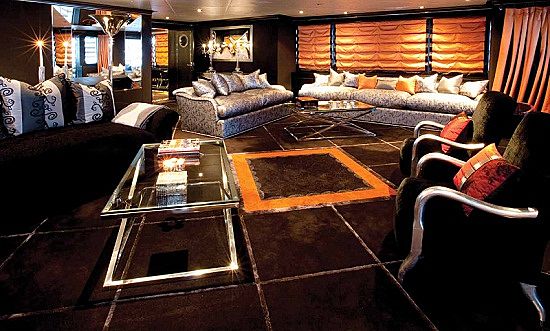 Lars: Lars was built to take her owners on expeditions to the North Pole region. The smallest of our list, is for sale with Vripack, asking € 8,900,000. 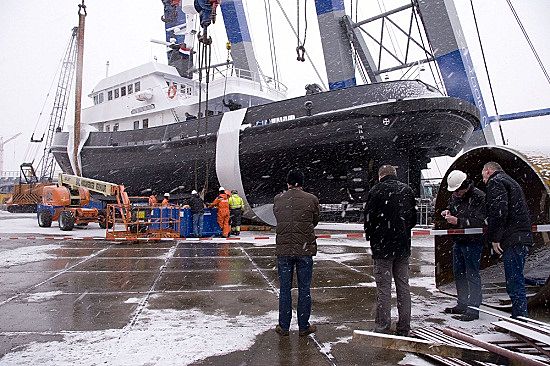 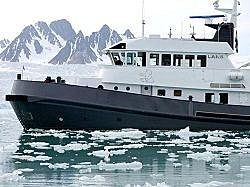 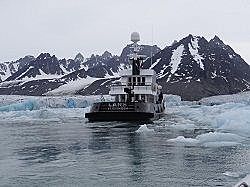 What started out as the ultimate tug boat built by the Dutch yard Made in 1995, was transformed into a luxury go-anywhere cruiser, with a new Caterpillar engine and a range of 6420 nm. Designer Felix Buytendijk restyled Lars’ superstructure, added a sun deck, and integrated a new swimming platform. 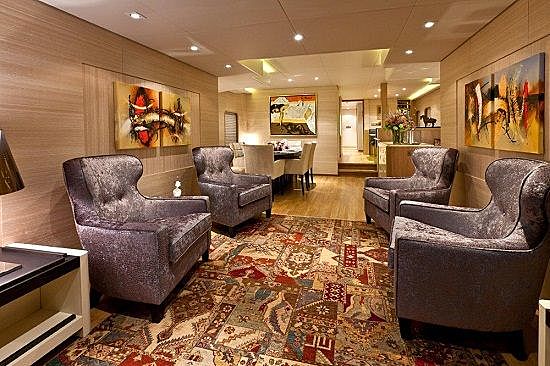 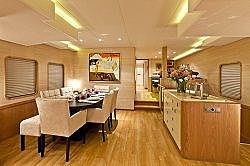 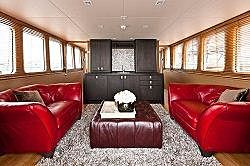 Lars features a lounge and fitness room on the bridge deck, a saloon and dining area on the main deck, an owner’s stateroom and three suites. There is also dedicated accommodation for up to five crew members. 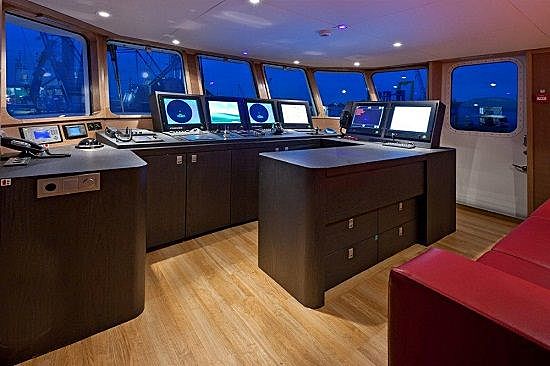 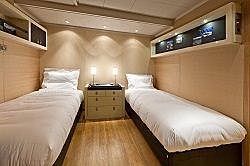 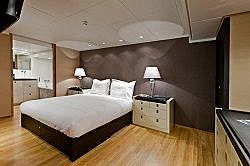 Equipped with large generators, bow and stern thruster and a homing device, she is MCA compliant and Ice classed, truly the Range Rover of the Oceans.