In the highly competitive world of J-Class racing, owners are seeking America’s Cup style crew manoeuvres, including late spinnaker drops, slick headsail changes and intense tacking duels – all of which place huge demands on crew and equipment. Velsheda has turned to T- Clewrings, an innovative system for attaching sheets to headsails and spinnakers, to speed these moves. 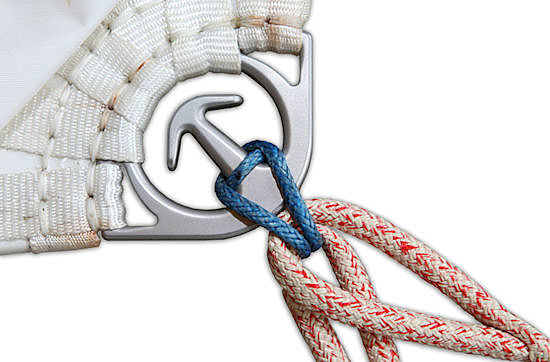 At the heart of the T-Clewring system is its fail-safe simplicity. It is just a matter of slipping a spectra loop through eyesplices at the ends of the sheets and hooking them over the T-bar at the centre of the T-Clewring. No struggling with knots. No flying shackles to endanger crew, or damage masts. No clips to come undone in the heat of the moment. No bulky bits to hang up on shrouds or stays through tacks and gybes.

Velsheda bowman, Joey Allen said protecting expensive carbon-fibre masts from flying shackles usually meant lashing the sheets to headsails. “This involves wrapping the sheet five or six times and then tieing it off, which can take about a minute. With T-Clewrings, you can attach two sheets in three or four seconds. That is a huge gain in a racing situation."

“These yachts weigh 280 tonnes, so the gear is massive and the loads are enormous. Yet, we are racing them harder and harder. Skippers are expecting America’s Cup type crew-work – late spinnaker drops, last minute sail changes and so on – on yachts 10 times heavier than America’s Cup yachts. Anything we can do to make these moves quicker or easier represents a massive gain.” 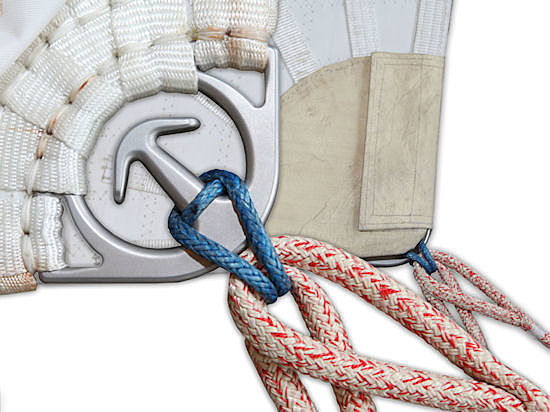 Once the sheets are attached, the T-Clewring is enclosed in a wrap- around flap to make a soft pocket which protects the masts or shrouds during manoeuvres – making the system attractive for superyacht owners as well. As superyacht regattas grow in popularity around the world, the rising level of competition makes the standard practice of furling headsails during tacks unattractive.

The demanding J-Class fleet is providing an ideal test-bed for superyacht applications. “We have never had one fail yet,” said Velsheda’s Joey Allen.

The T-Clewring system was developed in New Zealand for the America’s Cup and has found wide acceptance in grand prix racing. In the 2003 America’s Cup series in Valencia 10 syndicates used T-Clewrings and the system is widely specified on the TP52, RC44 and maxi circuits. 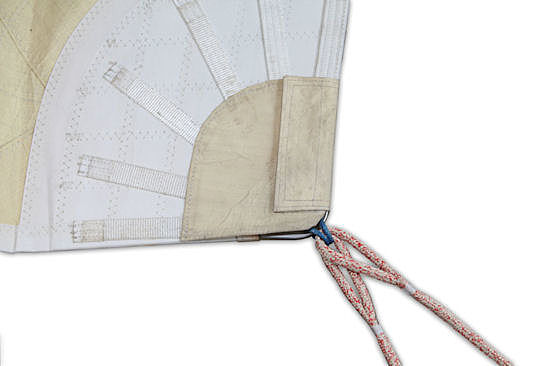 The T-125 model, made in titanium, is suitable for yachts over 25m. Larger custom versions can be made to order.