Home > News > Takeover of Jongert by Acico Yachts falls through 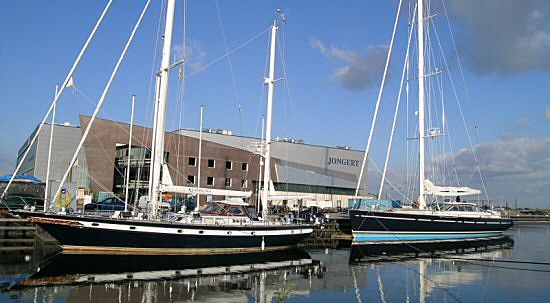 The Jongert Shipyard is situated at the Ijsselmeer in the Netherlands and was bought by the Veka Group in 2009. The Veka Group has tried to sell the shipyard for a while now and in September 2015 at the Monaco Yacht Show, Acico Yachts announced acquisition of the Jongert Shipyard. Based in Enkhuizen, Acico Yachts would move their production to the facility of Jongert in Wieringerwerf.

SYT contacted Acico Yachts on the matter, who don’t wish to comment on the developments just yet. According to the local newspaper the deal did not go ahead because the Acico board in Kuwait did not give the permission to go move ahead, however the parties involved have not confirmed this.

With the deal between the two companies denied, the Jongert Shipyard will again be for sale. The Veka Group has for some time now expressed their interest in severing ties with the Dutch yacht building facility and would like to focus on the construction of service vessels built at their yards in Werkendam, Lemmer and Plock in Poland. The Jongert Shipyard measures 44000 square meters with 3 sheds to built ships till 60 metre.