At the last Monaco Yacht Show, Tankoa Yachts, a new Italian shipyard based in Genoa, presented their first superyacht; the 65 metre Tankoa S65. She is a twin screw displacement motor yacht built to both RINA and Lloyd’s rules. The superyacht will have a high tensile steel hull with a light weight alloy superstructure. 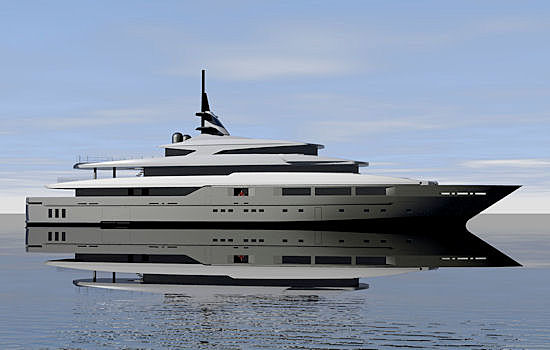 The hull lines of the Tankoa S65 are designed by Prof. Vincenzo Ruggiero and the exterior lines are from the hand of Francesco Paszkowski. The first Tankoa superyacht, S65-11, will have an interior designed by the well known British architect David Chipperfield. The second superyacht, S65-12, will be delivered in 2012 and will have an interior by another well known name, Giugiaro. It’s not the first superyacht project for Giugiaro, previously they worked on the 47 metre Baglietto Antalis and the 32 metre Jongert Red Sula. 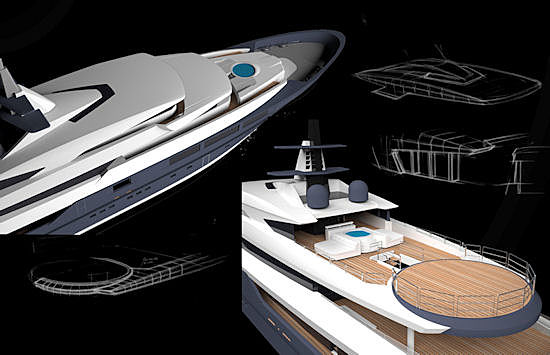 The hull of the first Tankoa S65 is currently under construction in Carrara. In September 2009 it will be shipped to the Genova Sestri Ponente yard, using the new semi-submersible barge belonging to the Shipyard. The outfitting work will be carried out in the newly renovated assembly hall. 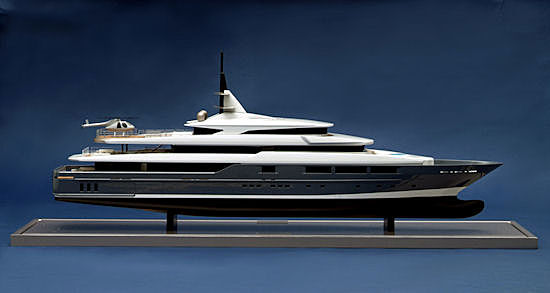 The technical department of the shipyard is already developing projects for 50 to 75 metre superyachts.