Completed on spec by Mengi-Yay in Turkey, 43.6-metre Tatiana V  (formerly Virtus) was launched in 2019 and sold in February 2020. The family-owned Mengi-Yay shipyard began producing wooden boats and gulets in the 1960s and still builds in epoxy laminated wood, but over the past 15 years its production has shifted to steel and aluminium and Tatiana V sets a new benchmark for the brand. 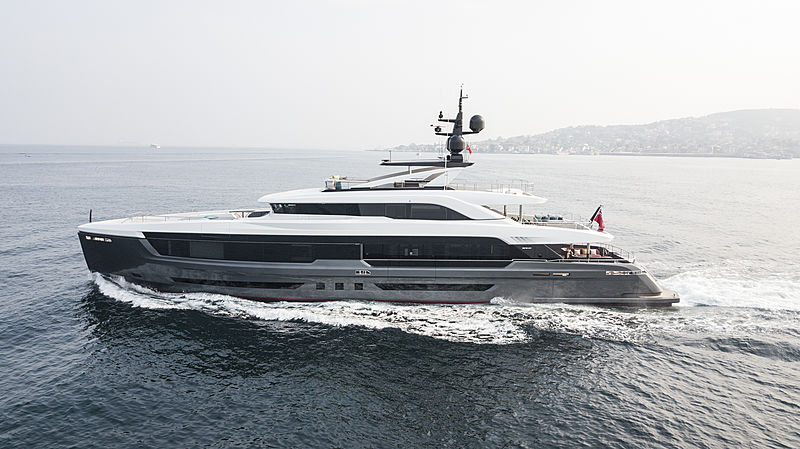 Photo: Pozitif StudioDuring a recent visit to the yard in Tuzla, Istanbul, I was given a tour of the yacht and was impressed by the quality workmanship and finish throughout. It is no surprise that the yacht has been shortlisted for multiple awards. The naval architecture is by long-term partner Ginton Naval Architects in the Netherlands, but the exterior and interior design is by the emerging VYD Studio in Italy. 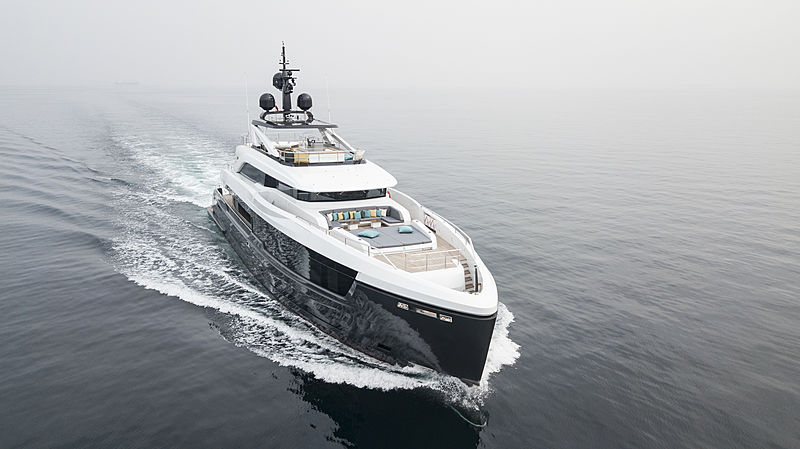 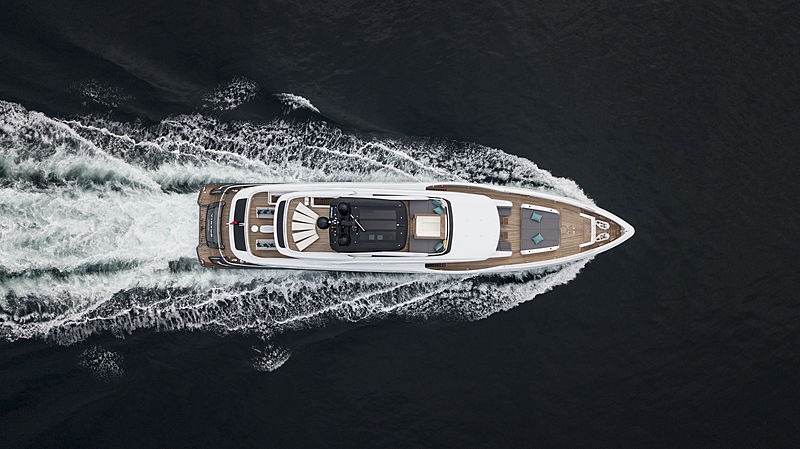 Photo: Pozitif Studio“Our first meeting with Mengi-Yay was back in 2014 when they were doing their own design in-house,” says Paolo Dose, founder of the Trieste-based design studio. “We were contacted again when they decided to launch the Virtus line on the market that was substantially different from what they had done before. The shipyard wanted something contemporary and eye-catching, but we were given a free rein creatively.” 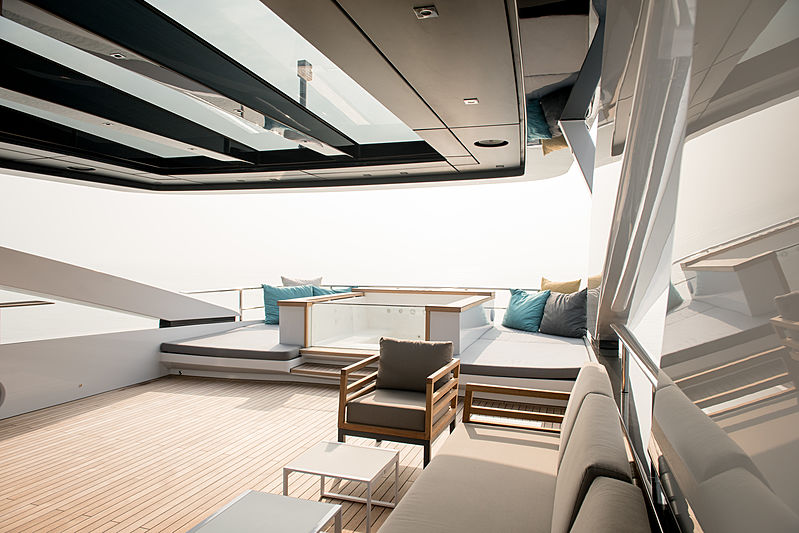 Photo: Pozitif Studio“Our initial concept was for a 40-metre yacht with quite angular exterior lines, but as the project grew to increase the available volume the styling softened somewhat and became a touch more rounded and feminine,” adds co-founder Mauro Giamboi. “There were a few changes to the GA – the tender garage next to the beach club was a later addition, for example – but we had the time to finesse the overall design without the pressure of an owner who wanted his yacht as soon as possible.” 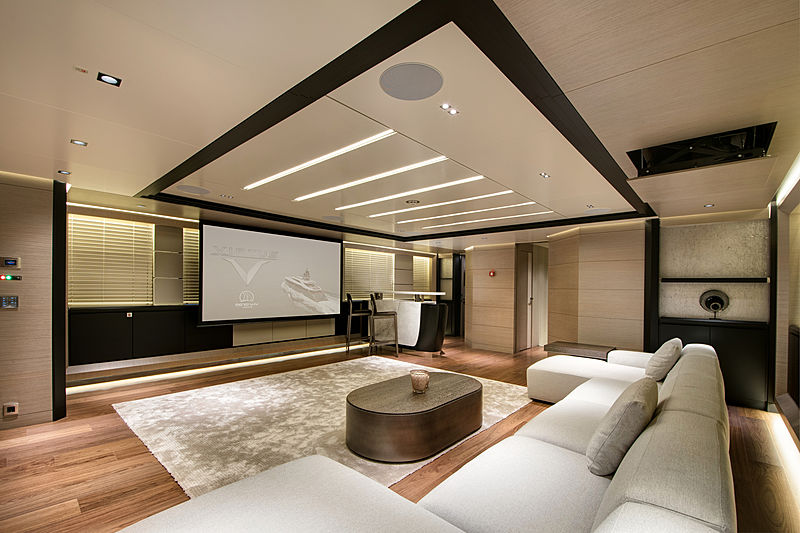 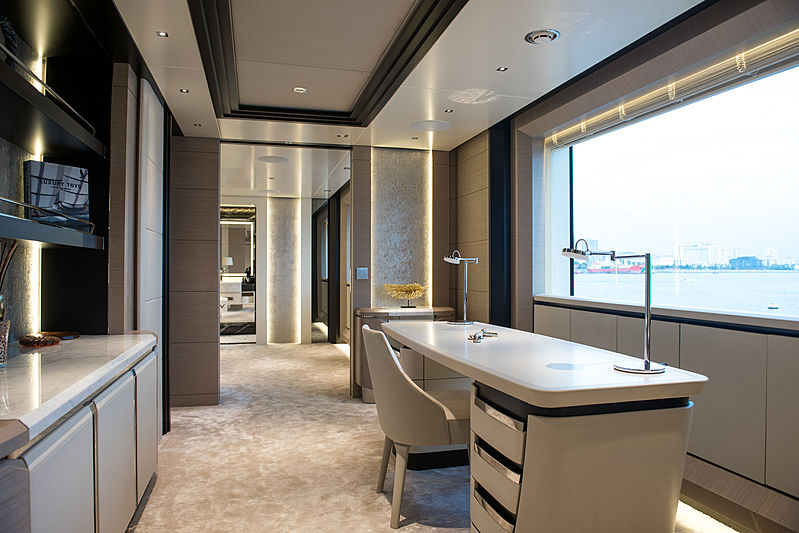 Photo: Pozitif StudioWhen it came to the interior design, however, the lack of an owner created more of a challenge. Clearly, Mengi-Yay wanted a style with broad appeal that could be easily personalised by prospective clients. From a designer’s perspective, trying to please all the people all the time can easily lead to banality taking precedence over creativity. 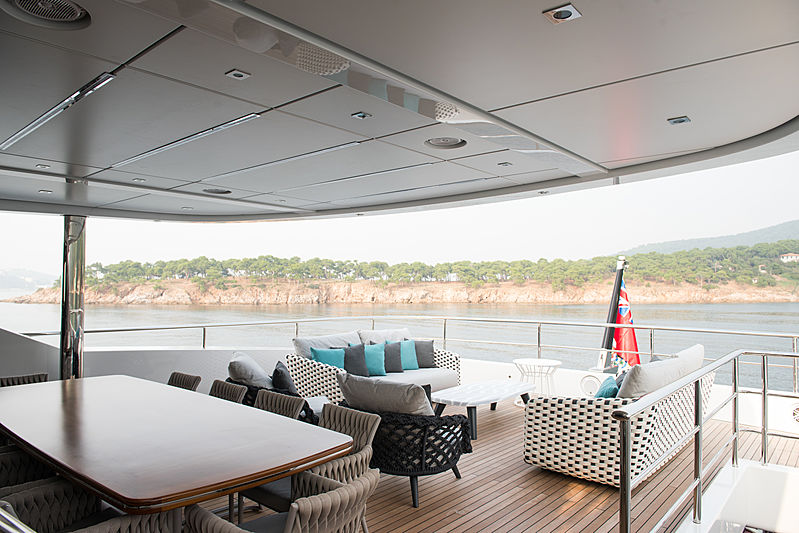 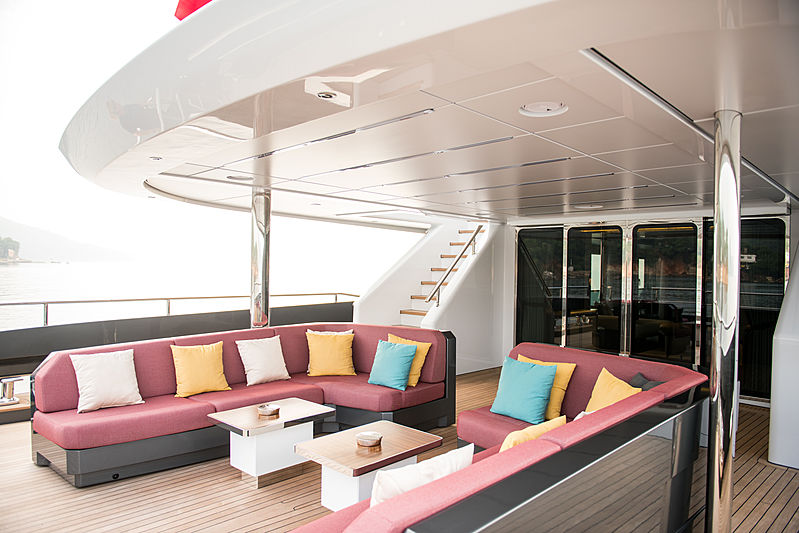 Photo: Pozitif Studio“Items like loose furniture and fabrics are usually the owner’s supply and it’s always harder to come up with a dynamic interior without personal input from a client,” says Dose. “A big help was the fact that Mengi-Yay gave us much more freedom than is usual among shipyards. For example, we introduced a lot of Foglizzo leather, handmade wallpaper, and custom-made stainless steel door handles and border details that would have been turned down in Italy as too expensive for a spec boat.” 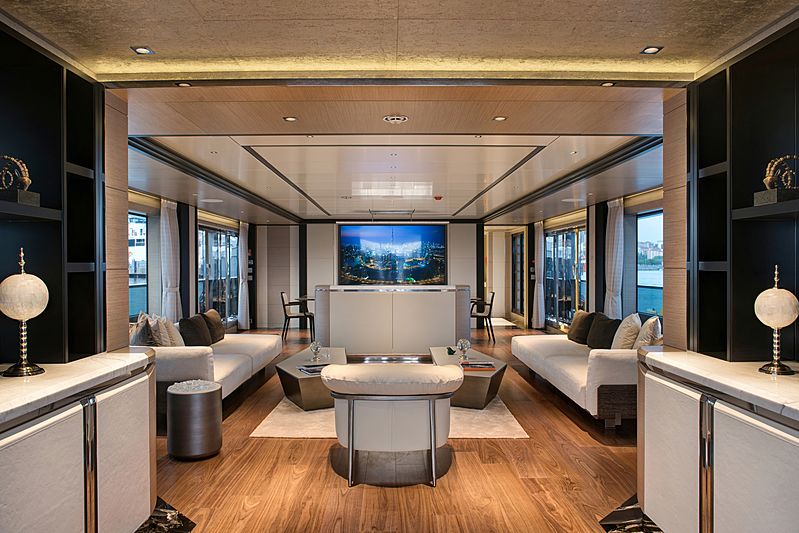 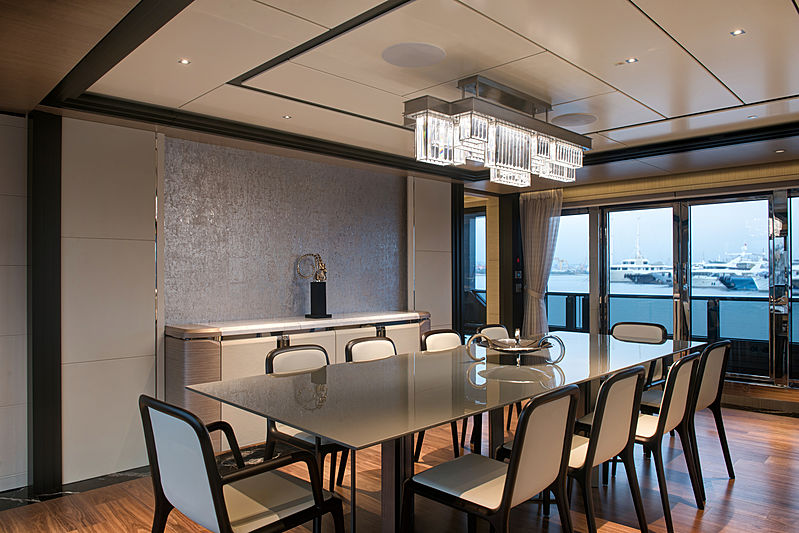 Photo: Pozitif StudioVYD chose a pale bleached oak and a darker tinted oak with satin or untreated finishes for the joinery and panelling, preferring natural wood over the growing trend for reconstituted products to lend the interior warmth and character. One rare stipulation from the yard was that the bathrooms should make a powerful statement, so the designed selected contrasting white statuario and black marquina marbles for the bathrooms and main deck lobby. 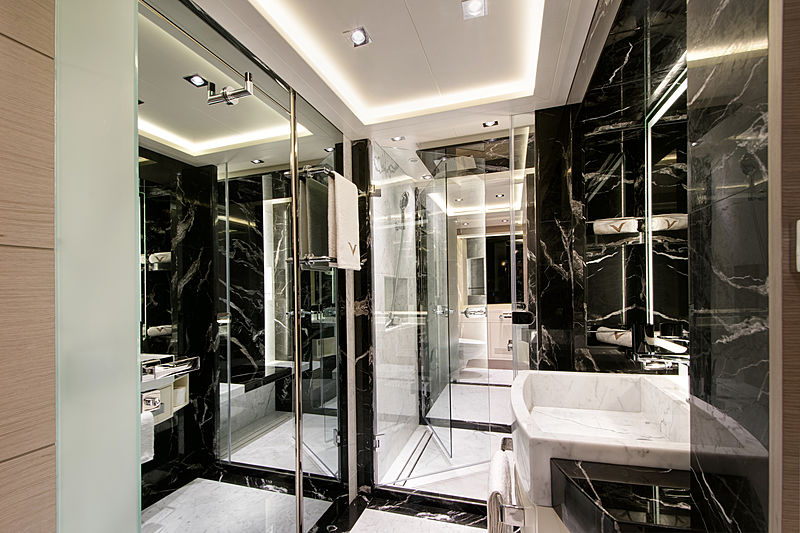 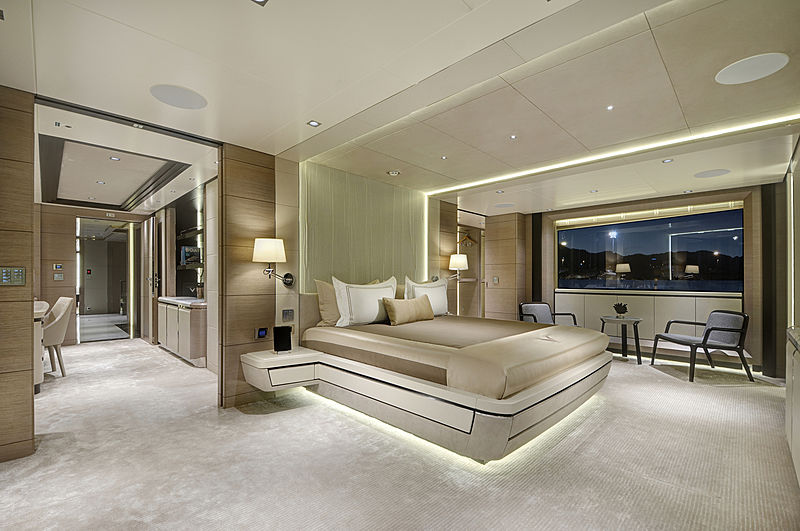 Photo: Pozitif StudioTatiana V has accommodation for 10 guests in five cabins, including the full-beam owner’s stateroom on the forward main deck (the shipyard claims that at 47 square metres the owner’s suite is 15 per cent larger than comparable yachts in her class). The galley is fitted with high-end Rational and Miele equipment with a large adjacent pantry that includes the crew dinette. 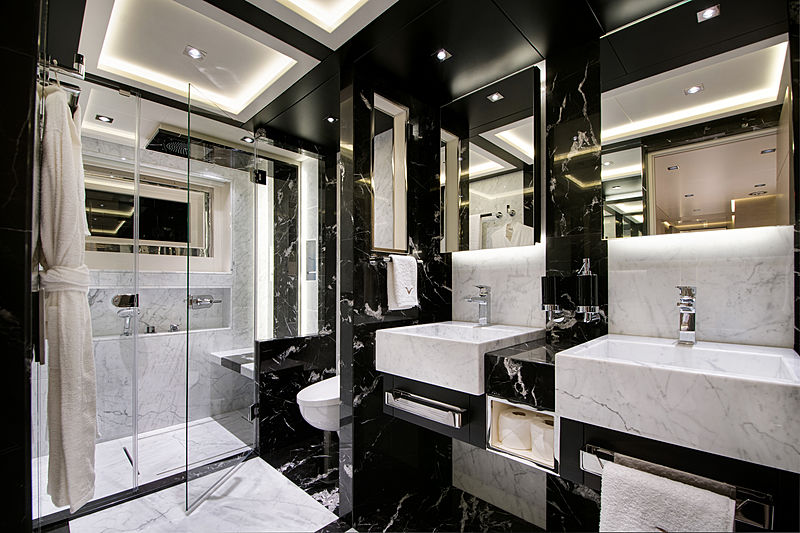 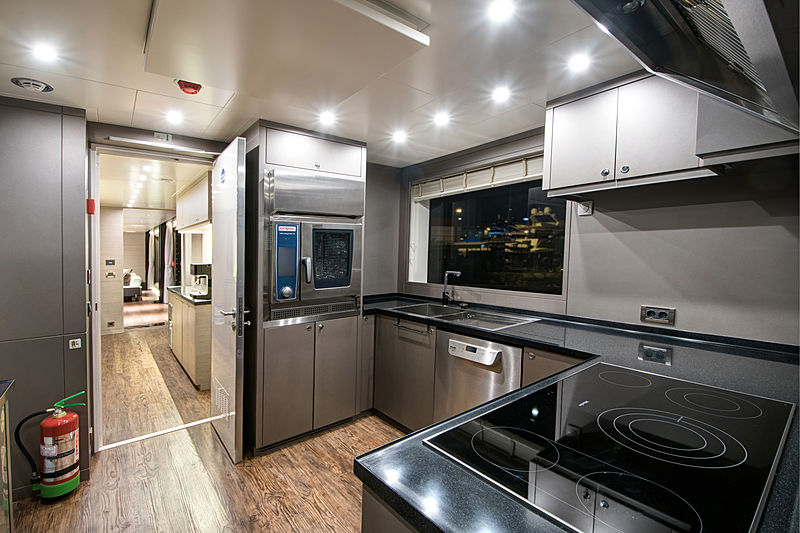 Photo: Pozitif StudioFloor-to-ceiling windows on the main deck offer abundant natural light and two fold-down bulwarks can be accessed by sliding side doors in the main salon. The beach club provides a welcoming alfresco living area with two opening side platforms. There is more open-air living space on the foredeck, aft upper deck and, of course, the sundeck with hot tub. 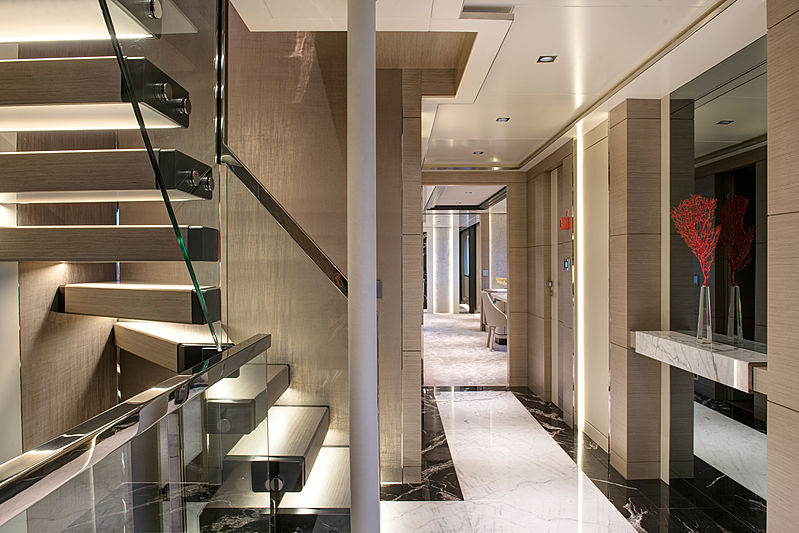 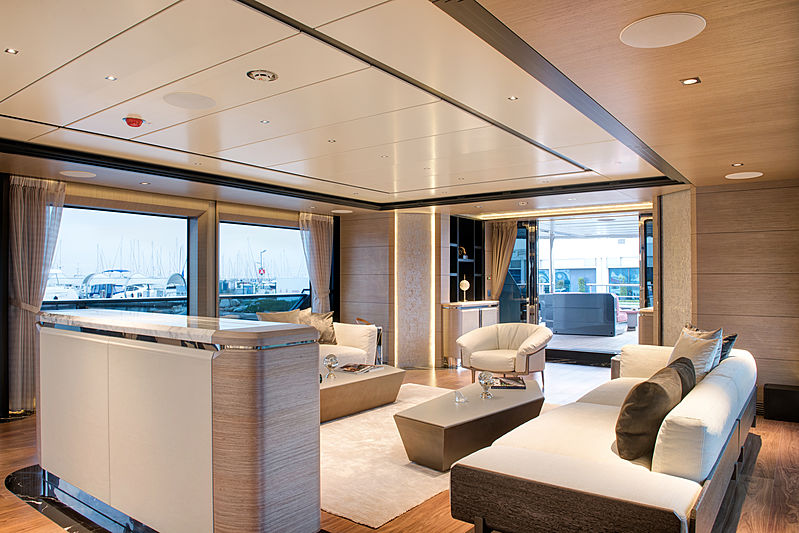 Powered by twin CAT 1,450-hp main engines, the yacht has a top speed of 15 knots and a range of 3,000nm at 10 knots. Two pairs of stabiliser fins provide motion control underway and at anchor. 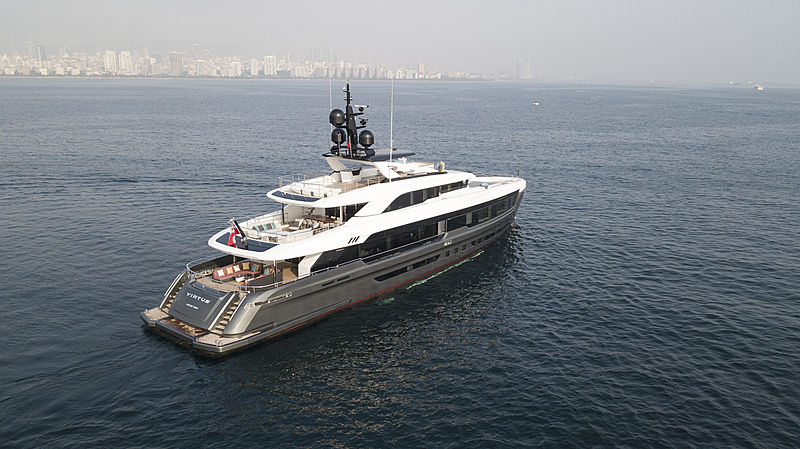 VYD is currently finalising the design of a second hull based on the Virtus platform, which the shipyard plans to start on spec. This will be closer to 50 metres in length and boost the gross tonnage from 465 GT to just under 500 GT. The studio also designed a 35-metre RPH motor cruiser being built by Mengi-Yay in epoxy laminated wood, and has five other projects over 36 metres in build in China and Italy.