After launching i-Bridge® Air Wings at the Monaco Yacht Show last year, the specialist marine electronics applicators presented the latest version of its integrated nav-com system at the 2018 edition. 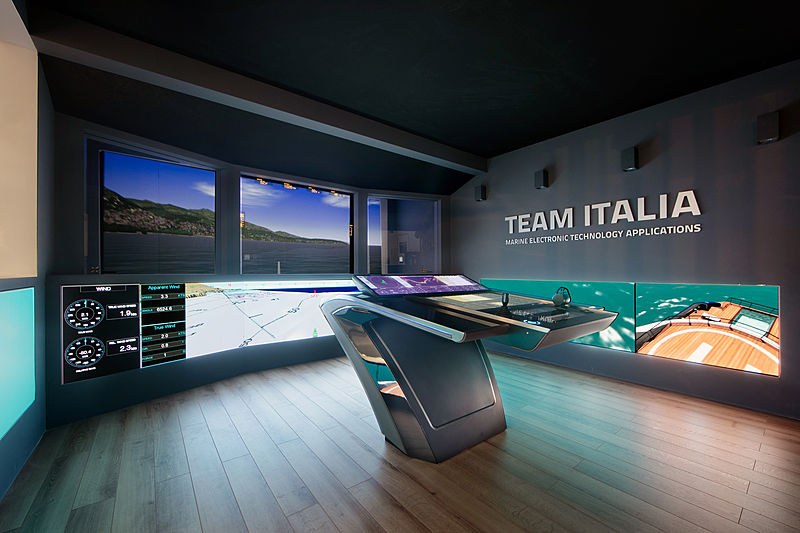 Photo: Team ItaliaKnown as the i-Bridge® Panorama VBS (Virtualized Bridge Solution), the upgraded version adds more functionality and new wrap-around displays to the existing i-Bridge package that has already been installed on around 200 vessels, including six of the superyachts on display in Monaco from brands such as Benetti, Rossinavi, Sanlorenzo, Custom Line and Wider.

“The Virtualized Bridge Solution is the result of 14 months of R&D,” says Team Italia CEO, Massimo Minnella. “We’ve basically evolved the proven i-Bridge® system still further with 4K resolution throughout and added Augmented Reality functions viewable on wide screens and heads-up displays that can be placed in key locations so they can be easily viewed anywhere on the bridge.” 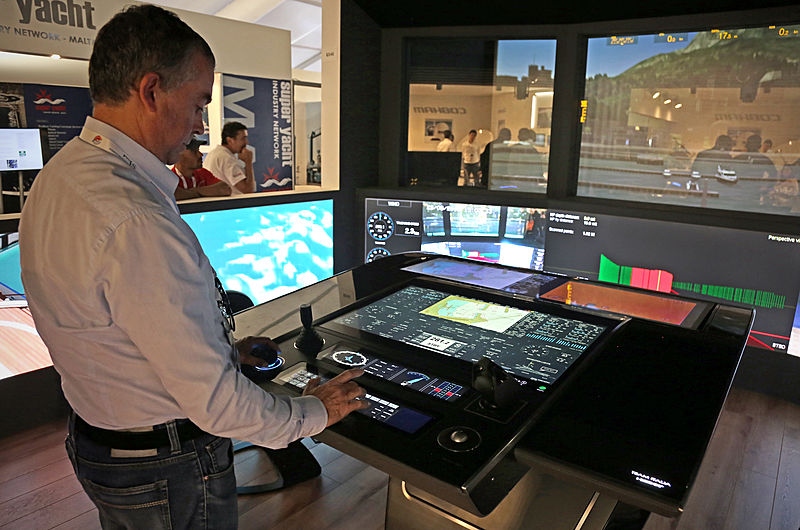 Photo: Justin RatcliffeAugmented Reality is a field of Virtual Reality that fuses virtual objects with the real environment through computer graphics technology by overlapping the data on real-world images. The technology provides an intuitive solution to a common problem for navigators: fast and effective delivery of information, particularly alert functions, in bridge environments with limited screen space.

The TEAM Italia stand in Monaco featured a simulated wheelhouse with stretched screens mounted under the wheelhouse ‘windows’. These screens can visualize any of the data that appears on the central i-Bridge® console, according to the captain’s preference. 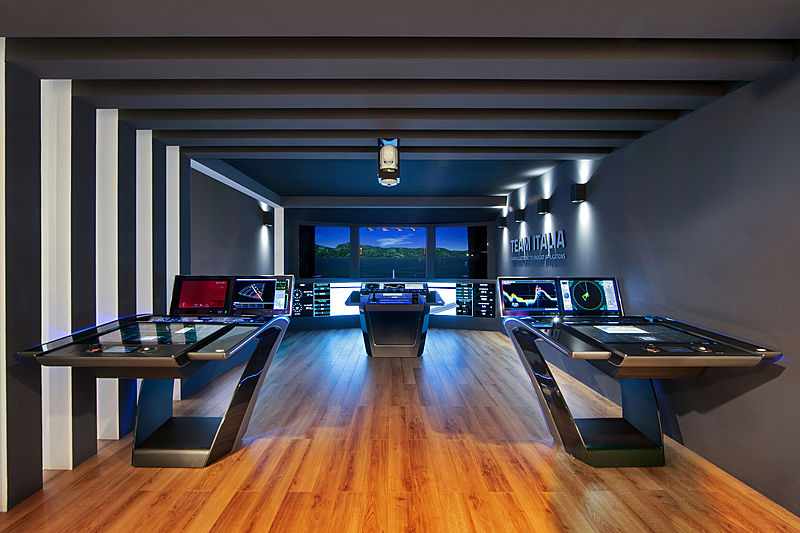 Via the system’s multi-touch controls and joggers, Minnella demonstrated how the i-Bridge® Panorama VBS works in practice with scenarios that crews commonly have to deal with on board. Take anchor operations, for example. These usually rely on a crew member leaning over the bow to visually monitor the anchor’s movement up and down. The i-Bridge® Panorama VBS can simulate the sea state and render in 3D the anchor’s progress, while also indicating its depth and the length of anchor chain deployed.

In similar fashion, if a chiller or fan coil alarm sounds, the integrated system can identify the exact location of the failed unit by rendering it in 3D and display the technical information for replacement. Full redundancy is provided by a master-and-slave watchdog system. 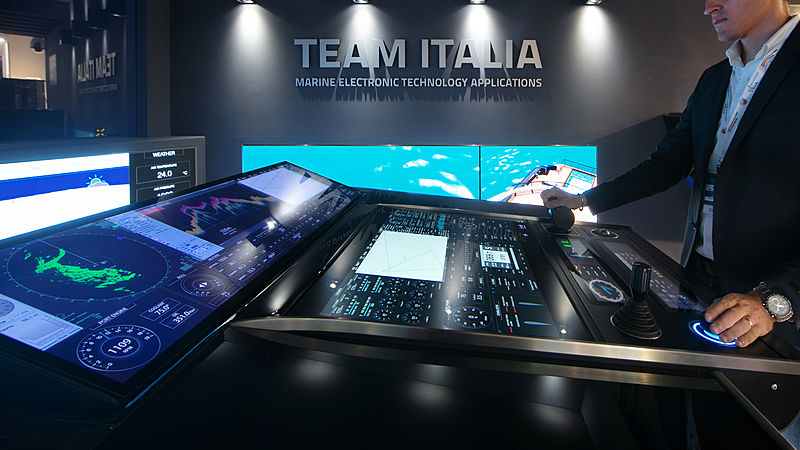 Photo: Team ItaliaSuitable for installation aboard superyachts over 50 metres, the i-Bridge® Panorama VBS would require 6-8 video cameras to be placed in critical locations to provide Augmented Reality feedback.

In the meantime, TEAM Italia continues the growth it has enjoyed over the past 20 years with production running at full pace through to 2021. 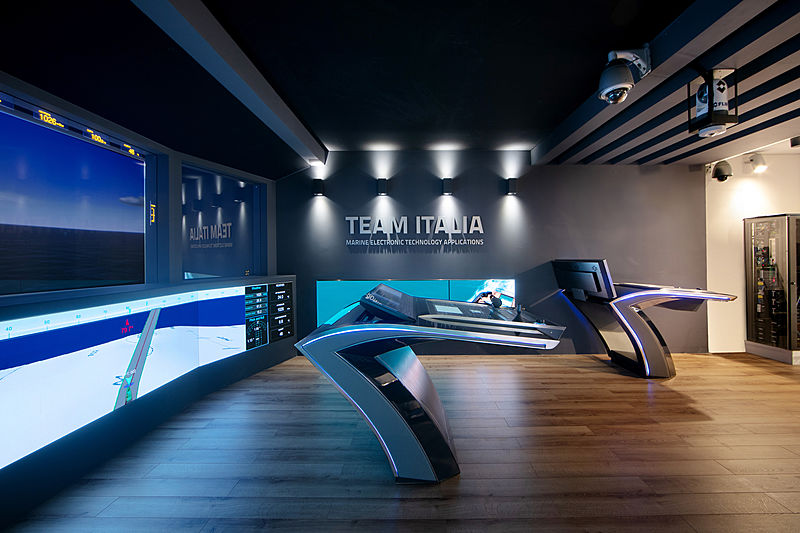 Photo: Team Italia“With over five hundred 30 to 100-metre projects already launched, we can confirm our market trend is upward,” says Minnella. “We’re working on 31 new superyachts this year and already have 42 confirmed orders for production starting in 2019 and 14 for 2020.”