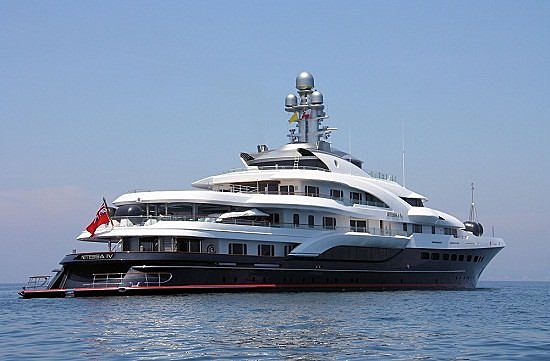 Superyacht Attessa IV was bought by her American owner in 2007. The yacht started out as a 92 metre yacht called Evergreen, and was built by the Japanese Evergreen shipyard Corporation in 1998 for the chairman of Evergreen Shipping. Her new owner took the yacht to the West Coast, where she spend three and half years at the Washington Yachting Group shipyard, owned by Attessa's owner. Both the interior and exterior of Attessa IV were completely restyled by Glade Johnson Design, who has since retired after a long and highly successful career as a superyacht designer. During the reconstruction of the yacht, Attessa IV grew to 100.58 metres (330ft). She is seen here in Europe for the first time since her relaunch in 2011.