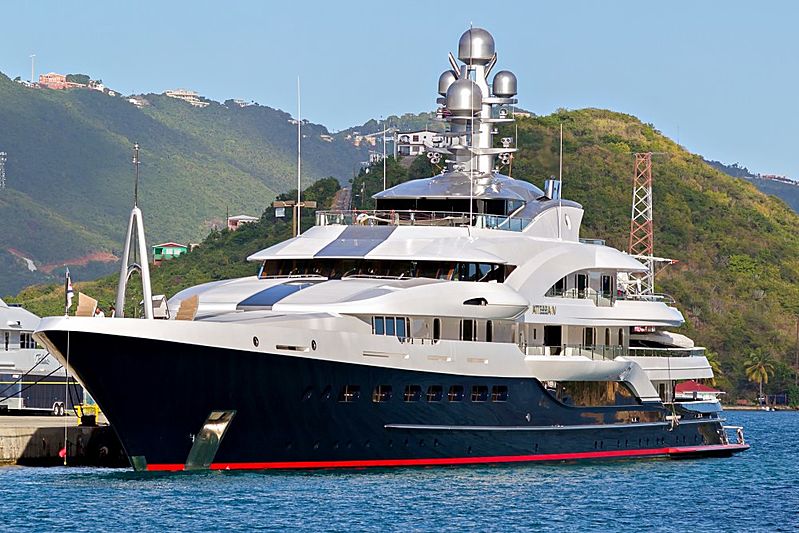 The 100.58 metre superyachtAttessa IVwas originally built in 1998 as the 92 metreEvergreen by Evergreen Shipyard in Japan. In 2007 she was bought by her current owner who completely re-builtthe yacht over three and a half years, with new exterior lines and interior decorations by Glade Johnson Design. Her owner is no stranger when it comes to rebuilding large yachts. He also rebuiltAttessa, a large Feadship which he still owns, and several smaller superyachts before that. She was recently captured moored at the Caribbean Island of St. Thomas in the U.S. Virgin Islands.