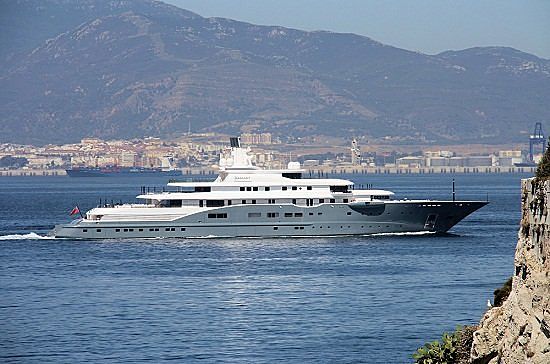 Radiant, one of the largest yachts launched in 2009, was built by the Lürssen Shipyard in Bremen. She has a length of 110 metres and has an exterior design by Tim Heywood with an interior by Glenn Pushelberg. Whilst the yacht was under construction, she was sold to her current owners, who previously owned an Amels, with the same name, now called Lightning. Radiant is kept very private, no images or details about her interior have ever been released.