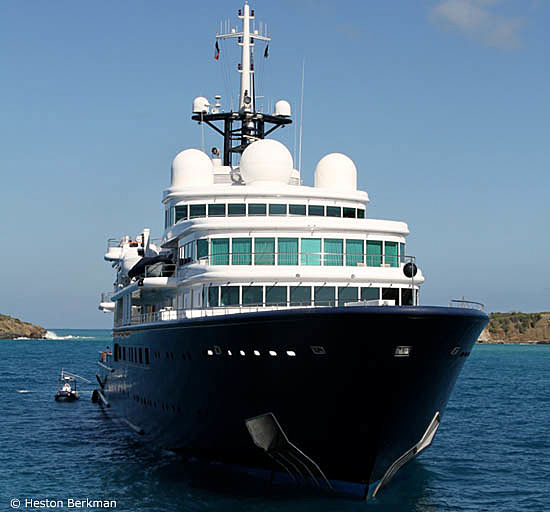 Le Grand Blue in the Caribbean

The 112m Le Grand Blue was built in Germany in 2000 under the supervision of the late Claus Kusch. She was originally build for an American owner, but in 2002 she was sold. Following her sale the yacht was lengthened 16ft and Bannenberg & Rowell Design was redesigned parts of her interior. She features some of the largest tenders ever carried on board a superyacht, which included at one point a 74 foot sailing yacht, and a 67 foot Sunseeker.