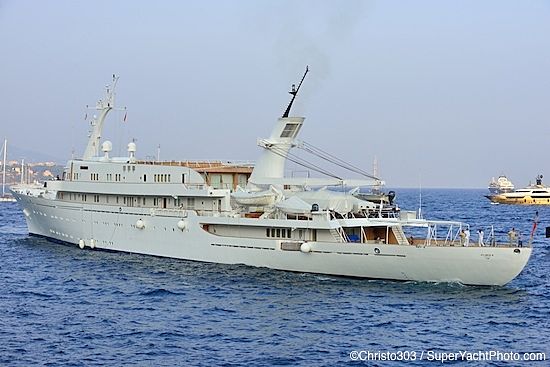 The 115.82 metre Atlantis II was built in Greece by Hellenic Shipyards, in 1981. That same shipyard also delivered an almost identical sistership Atlantis I (now Issham Al Baher) in 1973. There were also plans for a third sistership, but that one was never built. Atlantis II has been owned by the same Greek shipping family since her delivery, and she is usually kept in Monaco. She does not leave the port very often, but she did have to leave the port of Monaco in September, to make way for the expanding Monaco Yacht Show.