Home > News > The 122 ft. (37.2m) Mary P - Sportfishing Yacht is one of the latest additions to the Trinity Yachts family 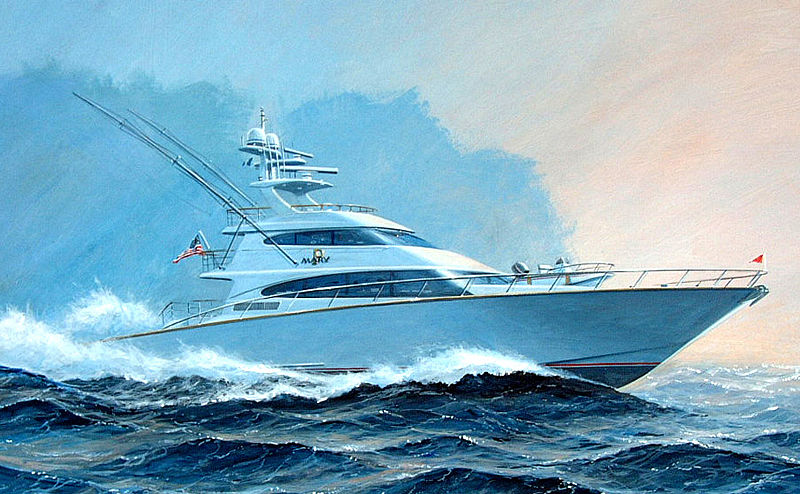 Designed and built by Trinity Yachts, she will have an interior design by Judy Bell Davis, who designed the interior of the owners current 86 ft. (26.2m) sportfish by the same name. Some of the key features of the Mary P will be a highly finished custom interior with exquisite woods and many unique details which will enhance her role as a sportfishing yacht.. The Mary P will accommodate an owner's party of 8 in four (4) staterooms and a crew of three (3) in two (2) cabins in the stern
The propulsion will be from twin Caterpillar engines 3512B-HD producing 2540 hp at 1800 rpm. This will provide a top speed of approximately 25 knots. A minimum of 7,000 gallon (26,460 L) fuel tank will allow a large cruising range. The Mary P will have a very advanced stabilizing system featuring the Quantum MagLift ® with 3 axis digital control and Zero Speed ™ as well as high speed stabilization utilizing trim tabs. This combination of two types of stabilizers will enable the Mary P to be a stable platform at high speed, trolling, at anchor and a first for any yacht, stabilization while going astern.. The yacht will also have a 4,000lb davit with a 14ft. boom and a 120hp bow thruster. 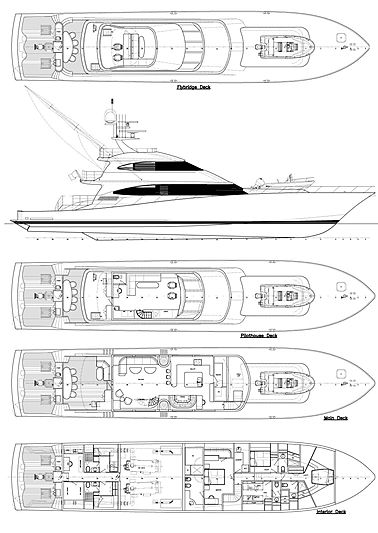 As another outstanding example of Trinity's world class yacht building capability, the Mary P will be ABS classed and due to launch in 2008.