The hull of the longest yacht to ever have been built in the Netherlands, Oceanco's 127-metre superyacht Y721 Koru has been unveiled in Zwijndrecht this morning. Believed to be owned by an American tech entrepreneur, the yacht was rolled out of the shed at Oceanco’s facility in Zwijndrecht. The hull was built in parts at Zwijnenburg Shipyard before they were assembled by Zwijnenburg Shipyard at Oceanco’s Zwijndrecht shipyard, which Oceanco purchased in 2019. 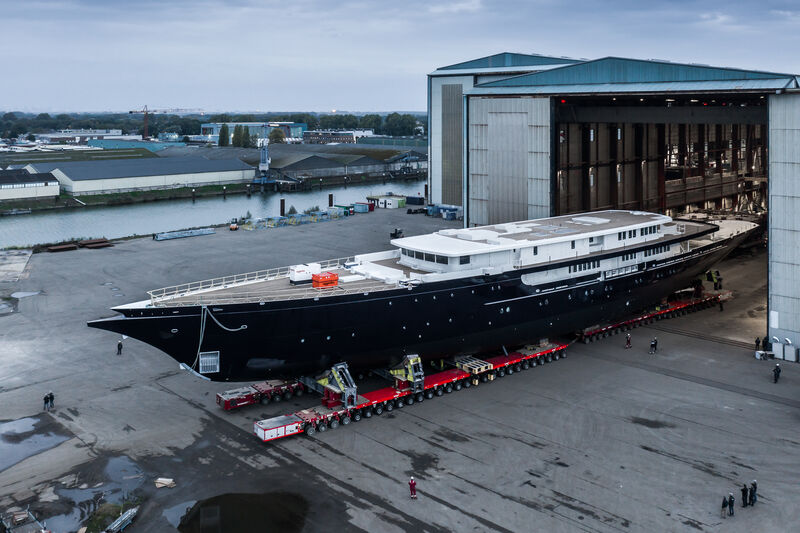 Photo: Tom van OossanenSuperYacht Times reported on the sale of the yacht in 2018 and though few details of the highly secretive project have been unveiled, the yacht is known to be a three masted schooner with a bowsprit. These first images of the yacht show a black hulled vessel with classic lines, not dissimilar to the 90-metre 2004 Royal Huisman three masted sailing yacht Athena and the 92.92-metre Lürssen sailing yacht Eos, launched in 2006. 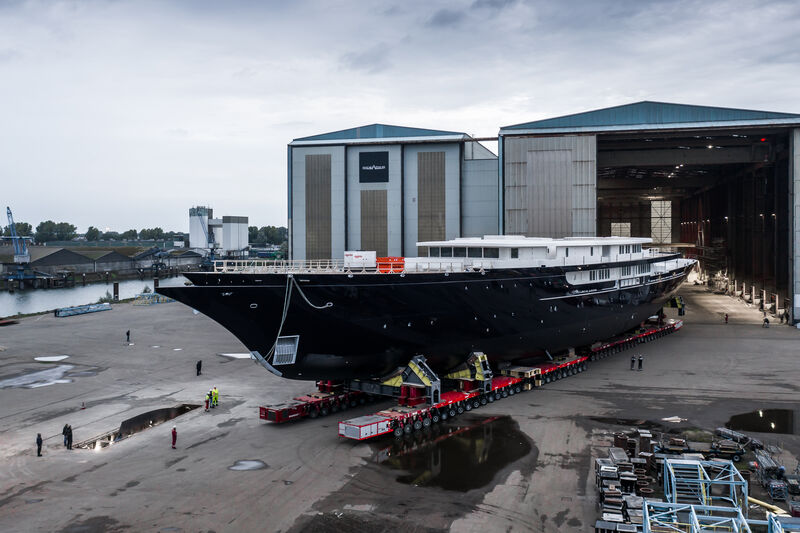 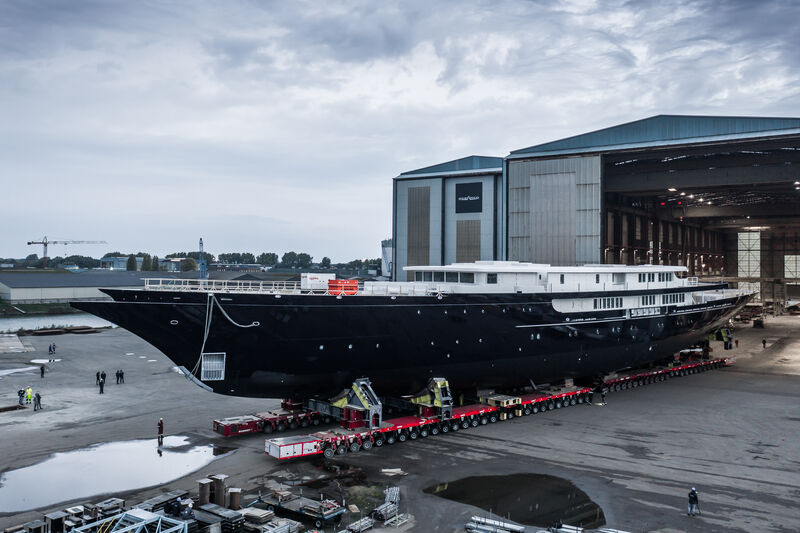 Photo: Tom van OossanenWhile the vessel is the largest ever built at Oceanco, she is not the shipyards first super sailing yacht. The shipyard has demonstrated its prowess in the sector with the construction of the 86-metre Aquijo, launched in 2016, as well as the 106.7-metre Black Pearl, which was launched in 2018. The 106.7-metre sailing yacht with Dynarig solar panelled sails is without doubt one of the most recognisable vessels in the world. 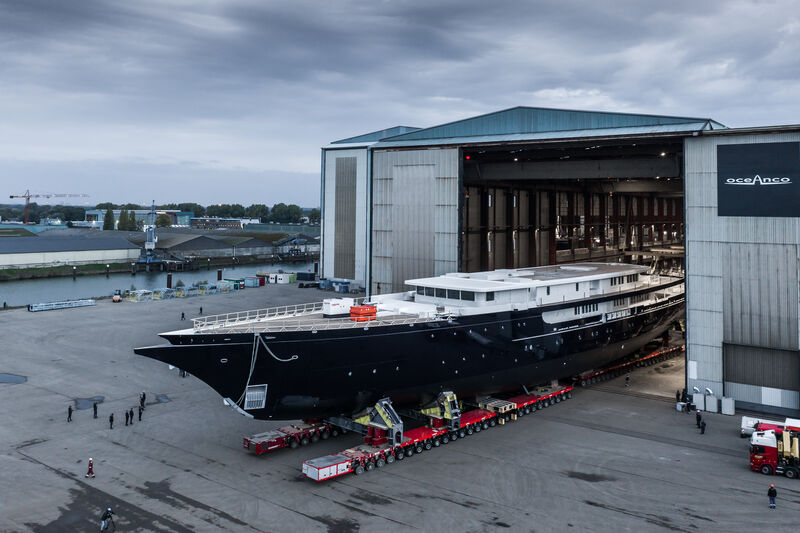 Photo: Tom van OossanenWhen delivered Y721 will unseat Black Pearl from the second position in largest sailing yachts in the world, while Nobiskrug's monumental 142.81-metre Sailing Yacht A remains in the top position, as our list of the world's 100 largest 100m+ yachts shows. 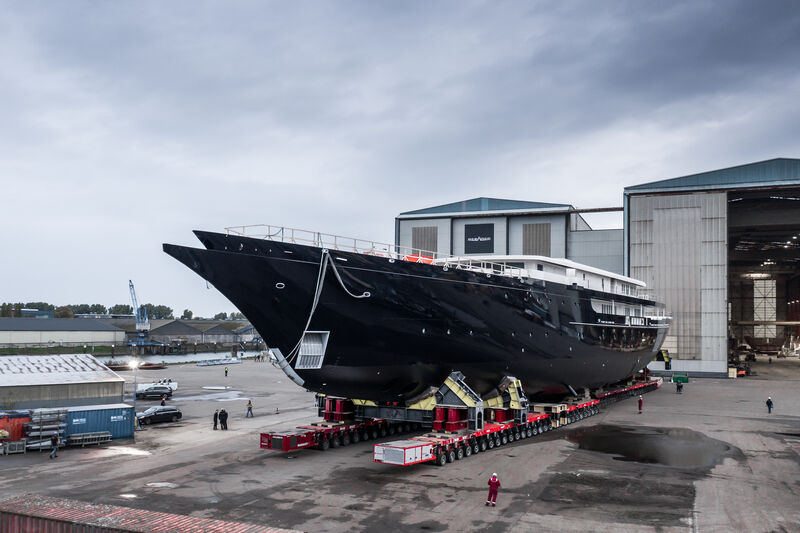 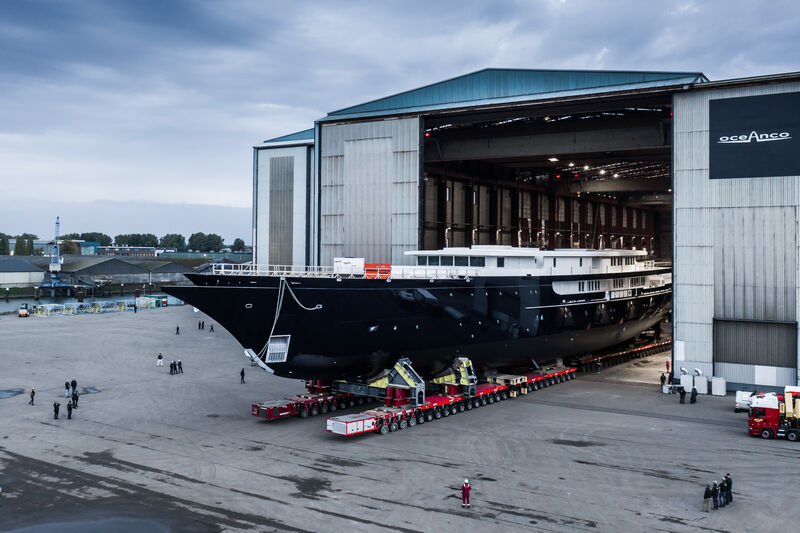