The 12th annual Asia Superyacht Rendezvous took place off the stunning west coast of Phuket from Dec 16-19. The 2012 event drew an impressive fleet of top class luxury vessels to the shores of Bang Tao bay for three days of fun both on and off the cerulean waters of the Andaman Sea. 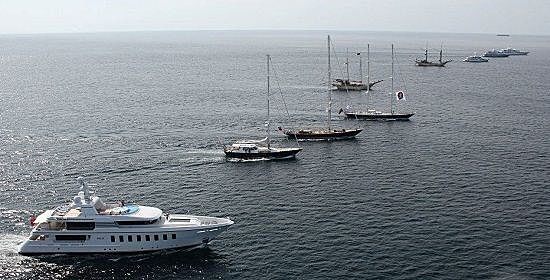 The spectacular line-up at the 2012 ASYR event included some of the finest sail and motor yachts ever to grace Asian waters. Principal sponsor Feadship Royal Dutch Shipyards, were represented by three outstanding vessels, including Helix, which has been touring the region for the last year as a flagship vessel for the brand's growing presence in the Asian market.

Royal Huisman's magnificent 57.5 metre S/Y Twizzle was also in attendance, and the largest of the sailing craft in the fleet, while two majestic Phinisi’s from Indonesia – S/Y Silolona and S/Y Si Datu Bua — added a sense of refined heritage charm to the on-water display, which in total featured 10 exceptional vessels, providing an awe-inspiring backdrop to the social events hosted by sponsor hotel Angsana Laguna Phuket. 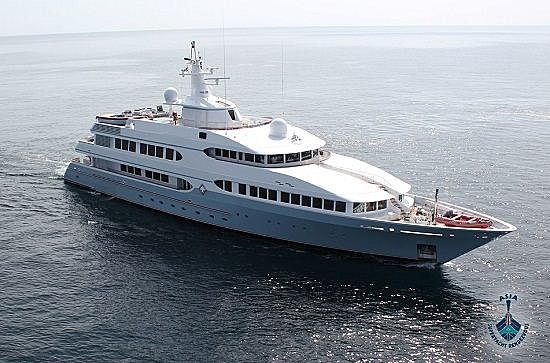 "What really stands out this year is the quality and size of the fleet we have," said Bas Nederpelt, sales and marketing director, Feadship. "There is also a good mix of motor and sailing vessels making this one of the best events we have seen in the event's 12 year history."

Although sailing is obviously integral to the Asia Superyacht Rendezvous, it is not a regatta in the competitive sense, but rather an opportunity for owners and crew to show off their fabulous vessels and enjoy a rare opportunity to sail alongside one another. 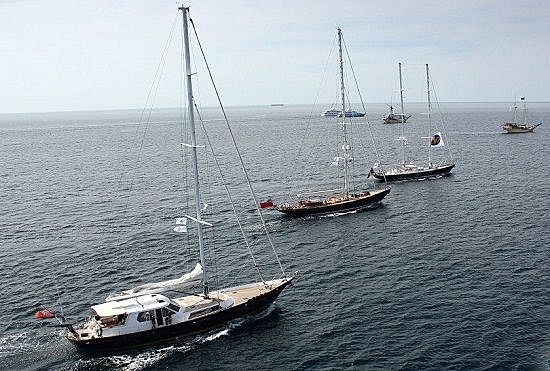 Such a unique gathering of world class craft also offers a spectacle for invited guests aboard the yachts, as well as those lucky enough to watch the show from the shore. This year, the fleet of top-notch sailing craft perfectly complemented the bold collection of sophisticated motor yachts on display, while the action at sea provided plenty of opportunity for the media to get some fabulous footage and still shots of the yachts in all their blue-water magnificence. 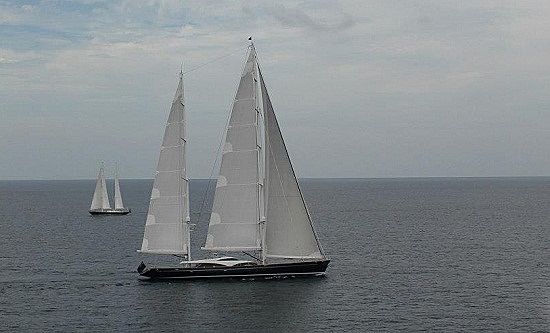 Race Officer Andy Dowden set courses for the two morning races in the bay off Bang Tao beach, with S/Y Twizzle taking the line honours in considerable style on both days. The multi-award winning vessel stood out not only for her size, but also her obvious high specifications and build quality. Designed by Redman Whiteley Dixon, the yacht moves through the water effortlessly even in light winds, and her beautifully proportioned teak decks and clean, uncluttered lines made for a breathtaking display of contemporary style and exceptional performance. "It's great to see impressive yachts like Twizzle cruising in Asian waters," said Andy Dowden, who is also event director for the annual PIMEX International Boat Show on Phuket. "We kept the courses flexible and in the spirit of the event the races were relaxed and jovial." 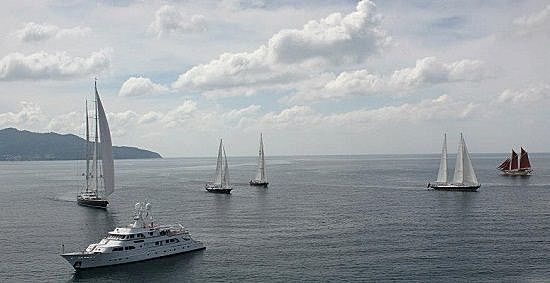 Winning the races is just a small part of the Rendezvous experience as all the boats cut a fine figure both individually and collectively as they swept through the sparkling seas. The twin masted schooner S/Y Yanneke Too by British Designer Bill Dixon boasts a sleek, elegant design that has earned her the moniker of a "true gentlemen's yacht", and with the event's co-organiser Charlie Dwyer at the helm she certainly lived up to her reputation. Competing on finesse, the 33 metre aluminium cutter S/Y Shamoun, named after a warm desert wind, also drew a shutter frenzy with her fine wood finish and sophisticated, timeless style while the fabulous luxury charter yacht S/Y Asia easily kept pace with her larger cousins, helmed by a modest family crew of four dressed in festive santa hats.

The cutter rig sloop makes for a superb sailing experience and is constantly chartered for trips out of Phuket, sailing to destinations as diverse as the Similans, Mergui Archipelago, Andaman islands, Malaysia, Bali, Lombok and Flores. Tailing the faster, more contemporary yachts on the race days was S/Y Si Datu Bua, which Dowden proclaimed the winner of the "cruising class". Just six metres shorter than her twin sister S/Y Silolona, she's a hand-crafted modern classic that beautifully reflects the history and spirit of the Indonesian archipelago. The Phinisi offered a truly majestic sight with her five red sails raised and her proud wooden hull splitting the indigo seas, and the guests invited aboard all agreed she offered a unique, fascinating and supremely comfortable way to experience the event from the sea, taken care of by the inimitable Indonesian crew. 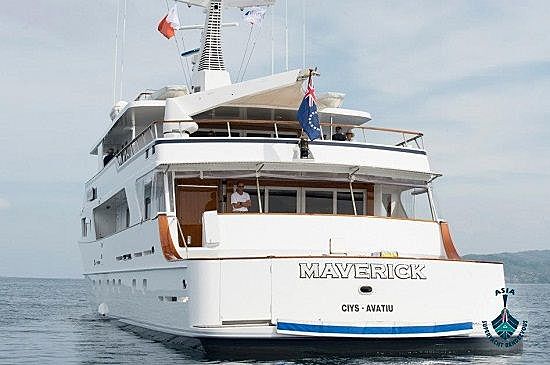 As the sailing fleet followed the wind, owners and guests aboard the impressive contingent of motor yachts enjoyed the races and splendid tropical views from the comfort of unrivalled luxury vessels. As she did last year, Phuket based M/Y Maverick generously participated as the start boat for the sailing events, a contribution no doubt much appreciated by the race officials, especially when waiting for the wind to pick up on the second day. The 42 metre motor yacht's distinctive design and outstanding range of first class communication systems made her the perfect choice for the role. Several other motor vessels remained moored in the bay, providing a fitting frame for the on-water proceedings and a superlative location for guests and owners to relax and take in the sun kissed surroundings. At 65 metres, M/Y Callisto boasts one of the largest sun decks on a Feadship of her size and she is therefore perfectly suited to Phuket's kind, sunny climate. Equally impressive, M/Y Samax is a custom built masterpiece with stunning exterior and interiors courtesy of celebrated Andrew Winch Designs. Then, of course, there was M/Y Helix, which smoothly followed the sailing yachts around the course. Her exceptional finish and top class onboard facilities were designed by De Voogt Naval Architects with immaculate attention to detail, and guests also admired the a stylish nautical interiors created by Sinot Yacht Design. 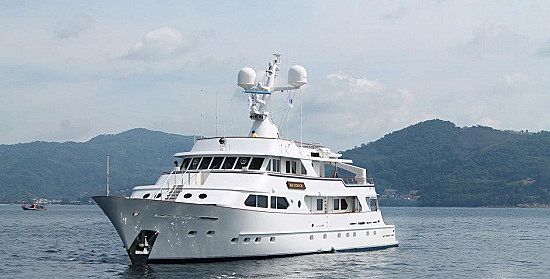 As the two days of sailing came to an end, all the yachts lined up in formation and motored across Bang Tao bay while Phuket's leading aerial photography and video company, Helicam, launched a remote piloted helicopter from the foredeck of M/Y Helix to capture the unique and spectacular display of marine excellence in all its glory. After the parade, children and crew from all attending boats dressed up and joined in the fun for the Rendezvous Booty Treasure Hunt. Fancy dress costumes ranged from pirate gear to banana suits, and the teams ran along the beach, jumped in tenders, and scrambled under the jetty to find a series of clues that eventually led them to the treasured chest. The team from Yanneke Too claimed the winning prize, but all the kids shared the gold wrapped chocolate booty. "Si Datu Bua and Silolona had their pirate flags flying high and everyone ran from one clue to the next as if their lives depended on it. It was very exciting to watch," said Samantha Caalsen, event manager. "The costumes were amazing it's great to get the children involved in the Rendezvous, but the adults were as keen to find the treasure as the kids!"

The Asia Superyacht Rendezvous is well known for its fabulous parties and this year was no exception with hotel host sponsor Angsana Laguna Phuket and its upscale Xana Beach Club providing the perfect beachside venues, plus great food and drink complemented by top notch hospitality throughout the three-evening schedule.

"We were honoured to host the Asia Superyacht Rendezvous at Angsana Laguna Phuket this year and it was great to see the guests enjoying the resort and surroundings," said Kamolux Israngkul Na Ayuthaya, manager, public relations. "I received very positive feedback on the event and judging by the empty buffet trays and glasses, our food and beverage team did a great job." 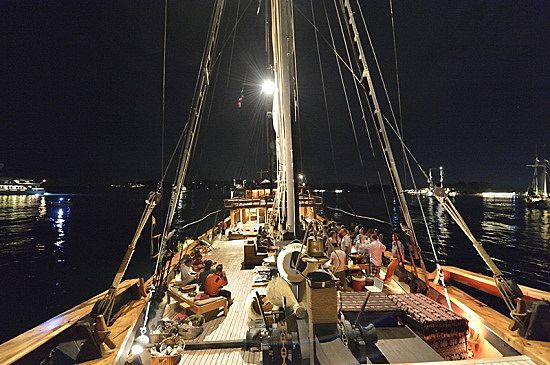 The welcome cocktail party took place aboard S/Y Silolona, one of the most successful charter vessels currently operating in Asian waters, constantly popular with international guests thanks to her impressive blend of tradition, art, design excellence and 21st Century comfort. The evening set the stage perfectly for the days to follow, with invited guests boarding ribs in choppy seas at the jetty to be greeted on board by the boat's enigmatic owner Patti Seery and her lively, hospitable Indonesian crew. 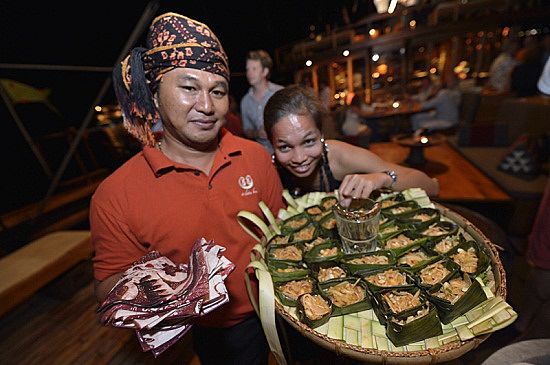 A relaxed and jovial gathering of like-minded souls ensued as the smiling Indonesian crew, dressed in traditional their outfits, served delicious canapés and entertained the assembled throng with a spirited live music performance. Hostess Patti was a mine of anthropological knowledge on Indonesia's rich culture and history and her two striking wooden schooners are infused with a unique connection to the past.

The second evening saw the return of the now famous Feadship Challenge, which requires teams of owners and their crew to build a model sailboat from basic materials under a time limit, which they then race up and down troughs of water using only their lungs to fill the sails. After a delicious buffet and a few glasses of beer and wine to loosen the crowd, this year's contest was hotly contested, with plenty of design savvy on display and a strong showing from the teams in some closely fought races. The crew from M/Y Callisto eventually triumphed, defeating the team from M/Y Samax with an impressive display of human wind power.

The Gala Dinner followed on the final evening, with a superb buffet spread prepared and served by the Angsana Laguna F&B team in a beachside marquee. After an enchanting performance of Thai music and traditional dance, followed by a guest appearance from the resort's resident baby elephant, the assembled throng sat down to enjoy the fine cuisine and beautiful setting.

As the food and wine flowed, Victoria Lister, commercial director at Boat International, long time international media sponsor for the Asia Superyacht Rendezvous, presented the ‘Spirit of the Regatta’ prize, which this year went to Yanneke Too whose skipper and crew have been active supporters of the event throughout its 12 year history. Traditional Thai lanterns were later launched to mark the end of another successful event, which many owners now count as one of the highlights of the sailing season in Asia. 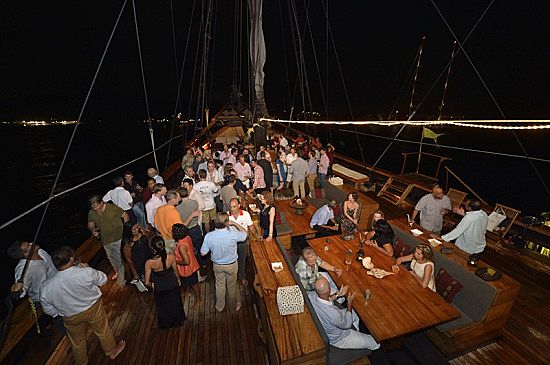 "The Asia Superyacht Rendezvous is a unique event," said co-organiser Captain Charlie Dwyer. "We specifically design the program to make sure all the invited participants can relax and enjoy themselves. We respect the yacht owners' privacy, and there's no hassle or people telling them what to do. It's all about having a good time and bringing together some fantastic boats for a few days of fun in a wonderful location."