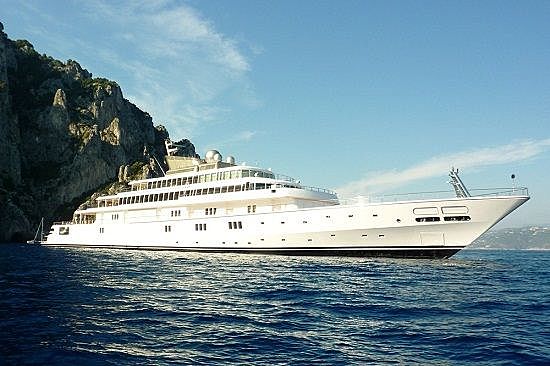 The 138 metre Lürssen superyacht Rising Sun, seen here in Capri,was delivered in 2004 and was one of the last creations of superyacht design legend Jon Bannenberg. She was built for an experienced owner, Larry Ellison, who now owns the 88 metre Musashi, a simular looking yacht, built at Feadship in 2011.Rising Sun was soldto DavidGeffen late 2010.Four MTU diesel engines and quadruple screw propel the yacht up to an impressive speed of 28 knots. You can get an idea of what Rising Sun looks like inside,by havinga look at the article we did on Musashi, their interior styles are very similar looking.