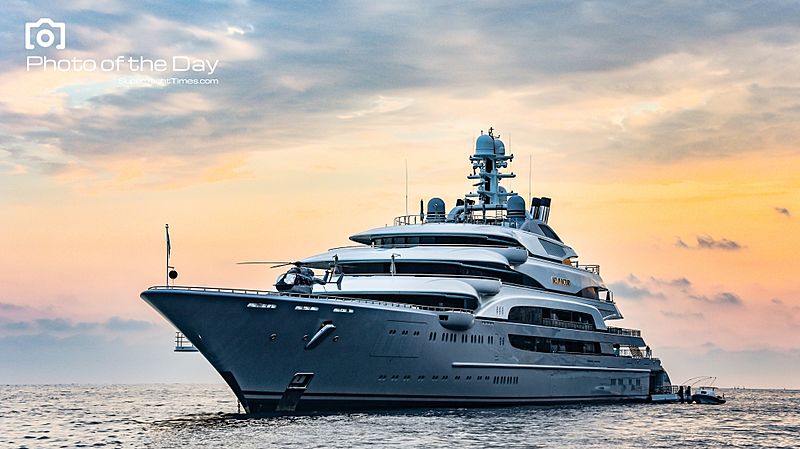 The 140-metre Ocean Victory was completed by Fincantieri Yachts in 2014 to a design by Espen Oeino, with an interior by the late Alberto Pinto who worked together with Sessa Romboli. Ocean Victory is packed with features one would only find on a vessel of her size, including six pools spread out over her seven decks, an internal floodable dock to house her 14-metre tender, and two helicopter landing pads. The yacht’s owner is known to have owned a 75-metre Feadship also named Ocean Victory, which is now called Ebony Shine. She was recently seen anchored outside her birthplace of Monaco where the project was conceptualised in Oeino's office some years ago.