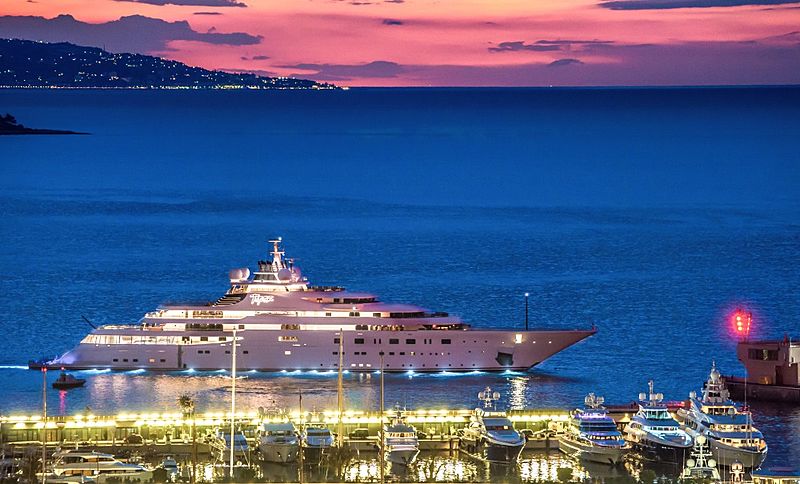 The sixth largest yacht in the world was seen entering the port of Monaco earlier this week. Topaz measures 147 metres in length and stretches 21.50 metres across with a gross tonnage of 12,532 GT. Launched at Lürssen in 2012, Topaz is designed by Tim Heywood with a highly secretive interior by Terence Disdale. It is believed that Topaz became the largest yacht to ever tie up inside the harbour joining the likes of Katara, Al Mirqab and the Monaco-regular, Lady Moura, as some of the largest yachts to ever enter the port.