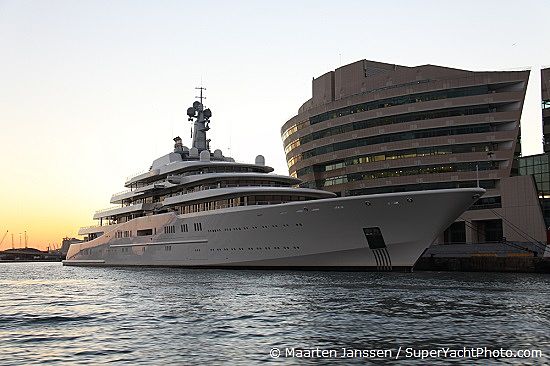 Superyacht Eclipse, at 162.5 metres once the world’s largest yacht, was seen here a couple of months ago in Barcelona. The yacht is currently undergoing a refit at the impressive MB92 shipyard, and will most likely be relaunched later this year. Since Lürssen's delivery of the 180 metre Azzam, Eclipse is now the world's second largest superyacht. She is owned by the same owners as Luna, and Sussurro.