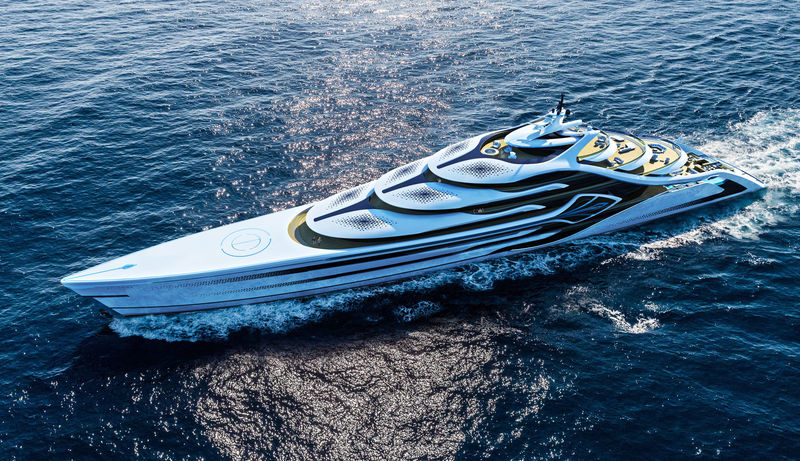 Photo: Andy WaughAcionna is a world-cruising superyacht which has been designed to challenge the preconception held by many that larger yachts are homogenous and conventional. Her avant-garde styling is visible from every angle, which is exaggerated by her elegant proportions and sheer scale. 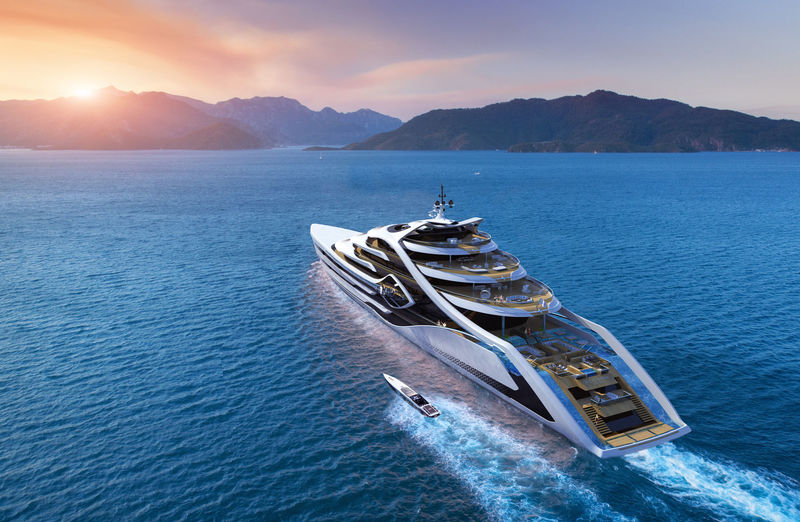 Photo: Andy WaughThe interior space available within the design is colossal and versatile and could include a full-size squash court, helicopter hanger and a 20-metre indoor pool. Included in her eight decks is a colossal double-height main saloon with panoramic curved glass overlooking the main aft deck pool.

This area of the design leading down to the swimming platform is unusual as it comprises of a central ‘island’ of communal areas completely surrounded by the pool and accessed via a tunnel aft and a bridge forward. The pool continuously flows down the sloped transom and into a lower pool of the swim platform, whether this is used as a method of egress is left up to the individual. 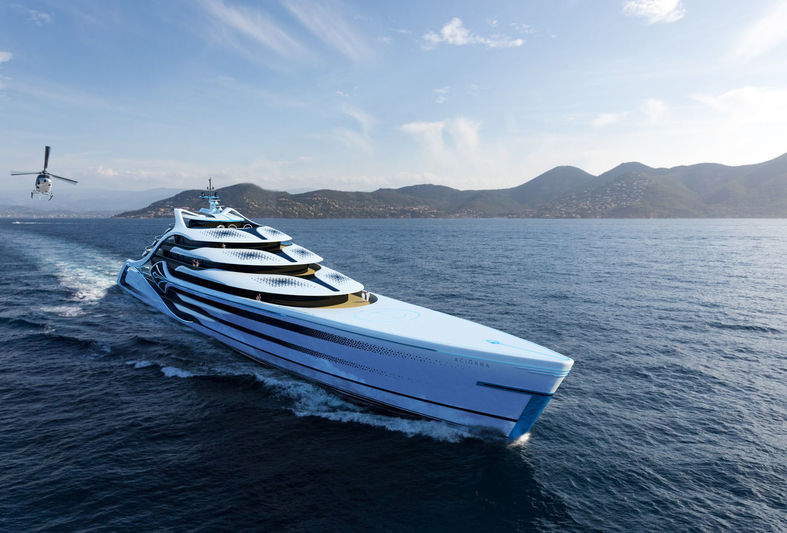 Photo: Andy WaughIn addition, slightly more space will be used for the propulsion system in comparison to conventional designs as she is planned to be powered with hydrogen using a similar system currently being trialled in cruise ships and ferries. The yacht could be said to be 'zero impact' if the power used to manufacture the hydrogen is purchased from renewable energy sources. 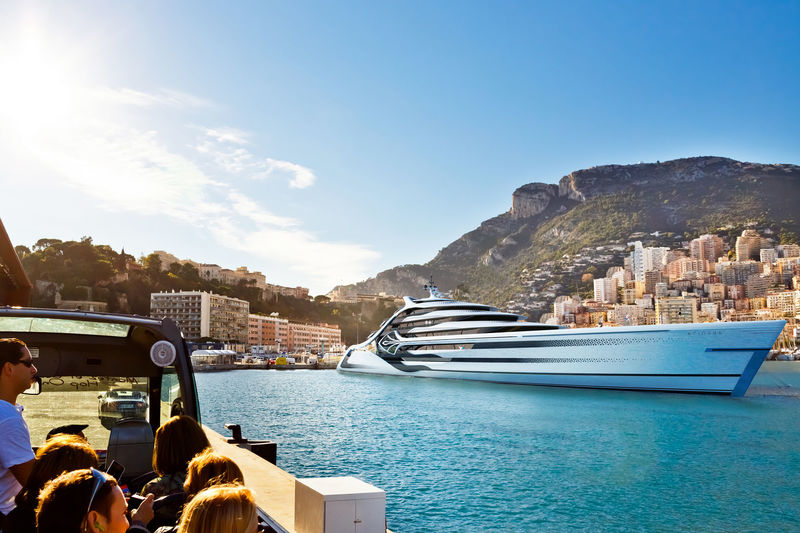 Photo: Andy WaughAs the designer himself describes, "The Acionna concept has been designed for those who see themselves as trendsetters and game changers, those who appreciate the zenith of luxury but also want to have a positive impact." 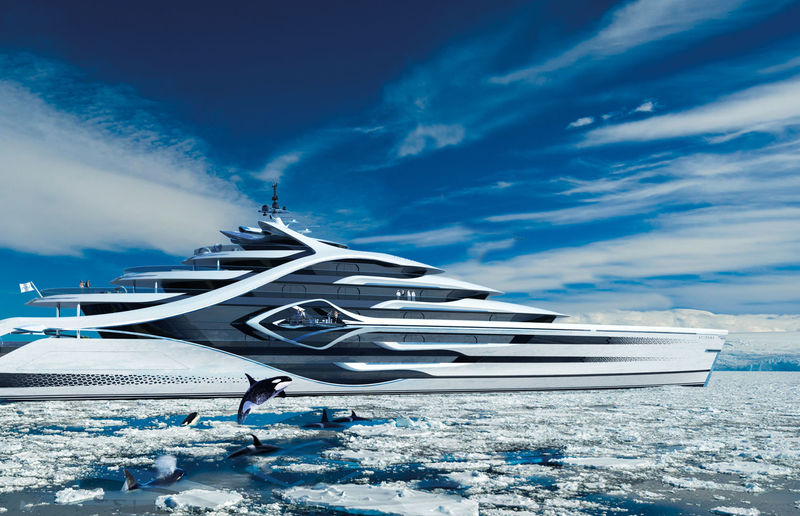