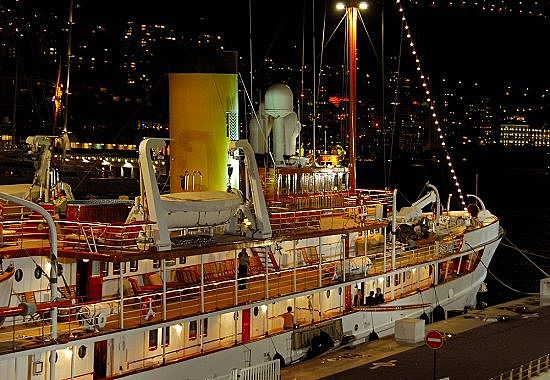 SS Delphine is a 78.55 metre yacht that was originally built by Great Lakes Engineering Works in 1921, by Horace Dodge, co-founder of Dodge Brothers. She had a rather troubled history, that started when she caught fire in New York in 1926. Recovered and restored, she was again damaged when she ran aground in the Great Lakes. During World War II she served as a United States Navy vessel, and after changing hands on several occasions after the was, she was finally sold to her current owners from Belgium, who lovingly restored her. She still has her original steam engines from 1921.

By Maarten Janssen, Photo by Christo303