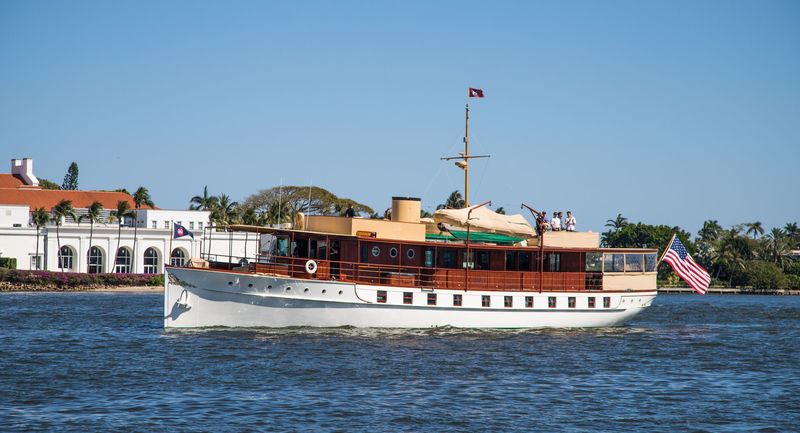 Seen cruising along the Interstate Waterway in Palm Beach, South Florida yesterday during the Palm Beach International Boat Show was the 31.5-metre classic motor yacht Freedom. Built in 1926 by Mathis Yacht Building in Camden, New Jersey, this American icon was restored in 2009 McMillen Yachts in Portsmouth after years of neglect had left the vessel in bad shape. Freedom is a near sistership to the presidential yacht Sequoia that was built for President Hoover of the United States and which served another seven presidents after him.

Top 5 superyachts to see at Palm Beach this week