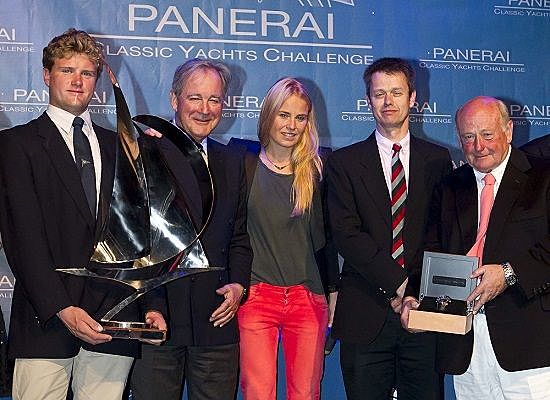 Held annually in Cowes, the historic home of British yachting, the event has been sponsored for the past three years by high-end watch brand Panerai and forms part of the Panerai Classic Yachts Challenge global regatta circuit. Panerai’s long tradition of excellence and understated elegance are the perfect foil for this thoroughly British regatta, where the boats are the stars of the show and an atmosphere of fun, camaraderie and a certain quiet pride prevails. 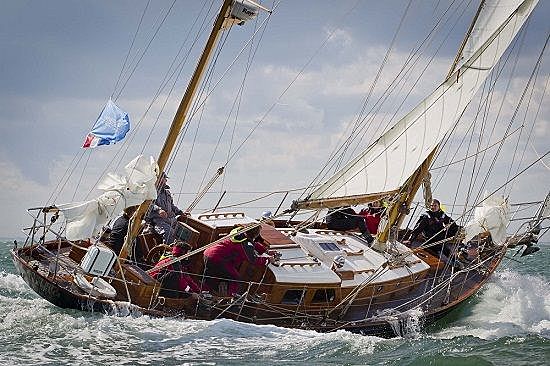 From the opening day’s race around the Isle of Wight, using the traditional clockwise course as set for the first America’s Cup in 1851, through five days of serious racing and partying, to the traditional Parade of Sail past the Royal Yacht Squadron which closed the regatta, the event was declared a resounding success. 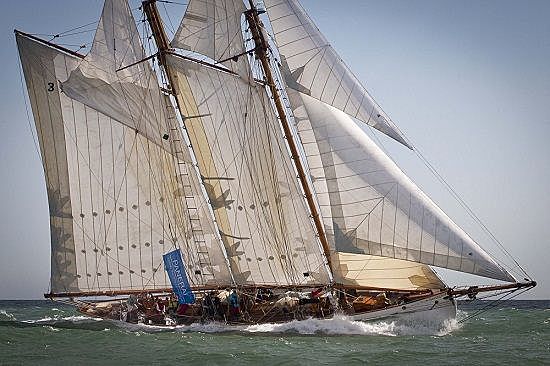 The boats span the generations and there is something rather wonderful about the fact that regatta winner Jap, a delightful little Cork Harbour One Design, was launched in Queen Victoria’s Diamond Jubilee year of 1897, whilst the newest boat racing, 8 Metre Luna, was launched only a few weeks ago, coinciding with Queen Elizabeth II’s Diamond Jubilee.

As well as looking utterly ravishing with their gleaming varnish and polished brass work, many of the yachts have fascinating histories too. The oldest boat entered was 58’ gaff cutter Thalia. Built in 1888 she spent her early years racing under the burgee of the Royal Cork Yacht Club for then Commodore R Foley, whose descendants race very successfully today. Designed by Peter Nicholson she was built by Camper & Nicholson in 1966 as Yeoman XIV. 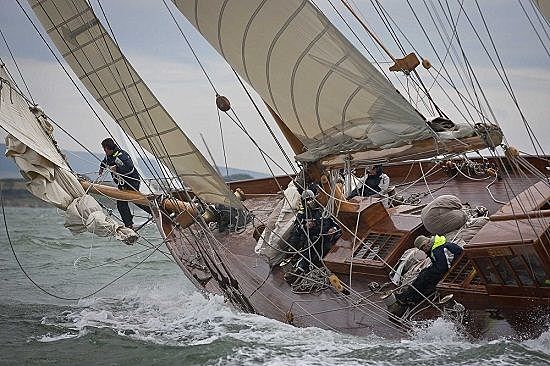 Other boats with interesting stories included Panerai’s own yacht Eilean, a 1936 William Fife designed ketch, well known for her starring role in Duran Duran’s iconic 1980s Rio video and nowadays ambassador of the brand during the Panerai Classic Yachts Challenge events. Opposition was built as Morning Cloud in 1971 for British Prime Minister Ted Heath’s Admiral’s Cup campaign of that year. The past successes of Saskia, a 1931 8 Metre, include winning the 1931 Seawanhaka Cup and 1954 Sayonara Cup, two of the biggest trophies in international yachting, and representing Britain in the 1936 Olympics. Zoom is the last yacht ever designed by the legendary Charles E Nicholson in 1952. The biggest boat taking part was 90’ Savannah, which made a majestic sight sweeping down the Solent under her enormous red spinnaker. Her welldrilled crew put in a series of impressive performances to win Class 1. 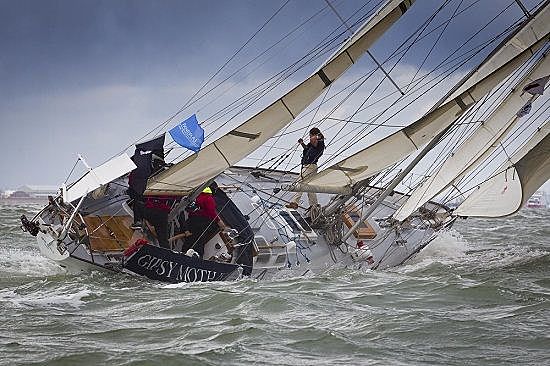 Classic boat crews love nothing more than being able to show off their yachts and exchange stories and ideas and Panerai British Classic Week provides the perfect platform for this. From first thing in the morning, through the post racing dockside debriefs and into the evening at the daily prize givings and parties, there are endless opportunities to exchange stories, ideas and tips. The atmosphere is always welcoming, members of the public are encouraged to tour the docks and ask questions and new classic boat owners are welcomed to the fold with open arms.

The 2013 edition of Panerai British Classic Week will take place from Cowes between 6th and 13th July while the next event of this year’s Panerai Classic Yachts Challenge will be the Corinthian Classic Yacht Regatta in Marblehead (USA), kicking off the North American Circuit 2012.