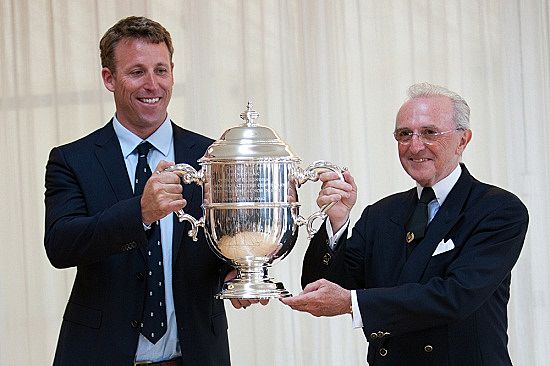 The RYS Commodore Michael Campbell welcomed the assembled gathering of around 300 guests including the owners, captains and crews of the participating yachts, Eleonora, Mariette and Mariquita. There was a presentation by Candy Hurst-Brown (Charlie Barr's grand-daughter) of the Kaiser’s racing flag that had been won by Charlie Barr after he beat the Kaiser during a yacht race. 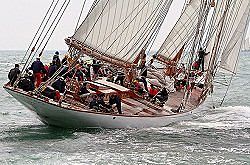 Zbynek Zak closed the formalities full of praise for the second running of the Westward Cup and the huge efforts of everyone involved in another memorable Westward Cup week. He paid tribute to the RYS Race Team who had to make some difficult course-setting decisions during the weather-dominated week. He thanked the other owners for bringing their yachts to Cowes to race and highlighted the success of the 20-strong cadet training scheme, co-ordinated by Oliver Stanley, to introduce younger sailors to the delights of Big Boat crewing and racing.