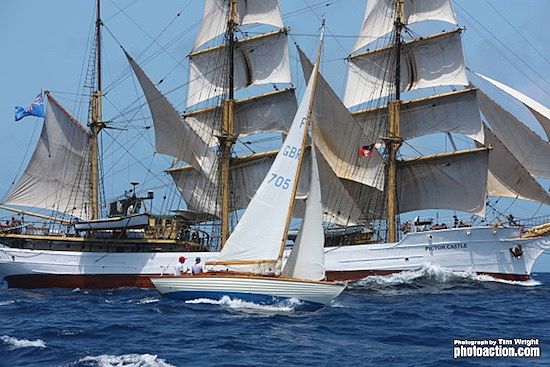 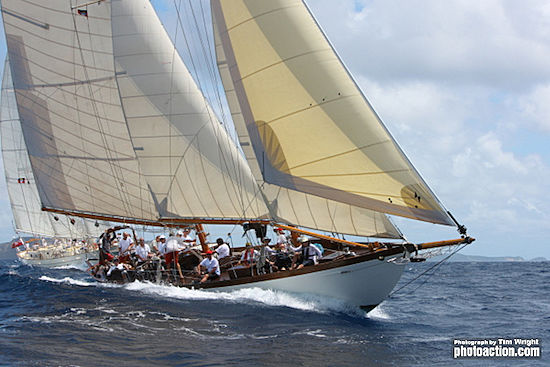 Leo Goolden's 25' Folkboat, Lorema remains unbeaten after three races, Leo has been racing the smallest yacht at the regatta with his girlfriend, Elin Goransson. “We share the helm, Elin was at the tiller all day yesterday and she is a very good sailor but I sailed Lorema here on my own from Falmouth, Cornwall. I feel very privileged to be racing on the same course as schooners and J Class, Rainbow. I know a few people competing, as like them, I am a boat builder and I have been nosing around, looking at their work and a few people have come to look at Lorema. She was a wreck when I first got her but she is a sturdy boat and capable of handling the Antigua conditions.” 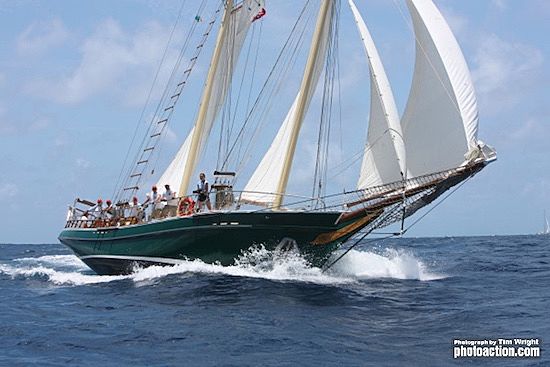 Robbie Fabre is racing 1945 Marconi ketch, Vagabundo II. The crew are all friends and include several Antiguan boat builders and Karl James who has represented Antigua & Barbuda at the Olympic Games on two occasions. “Vagabundo II is a wet boat but she was designed for ocean racing.” commented Robbie. “I don't think we ever got dry during the Panerai Transat earlier this year, we were even sleeping in wet weather gear. It is great to have Karl James racing with us, he really knows the conditions out here and is a phenomenal sailor.” 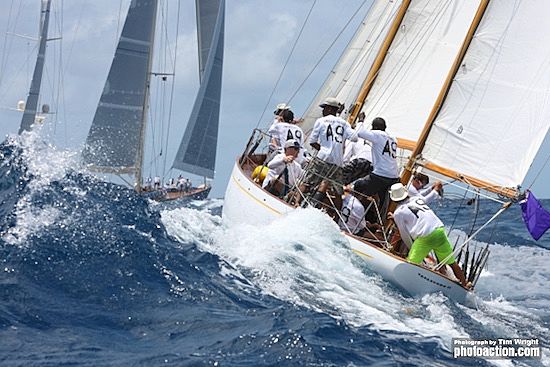 The day’s racing concluded with the Parade of Classics in the historic surroundings of English Harbour. Each yacht was cheered as they approached the Antigua Slipway, with hundreds of classic fans enjoying lunch at the waterside eateries.