OCEAN Independence has announced that the 25.6 metre aluminium vessel Jubilee has been successfully sold. 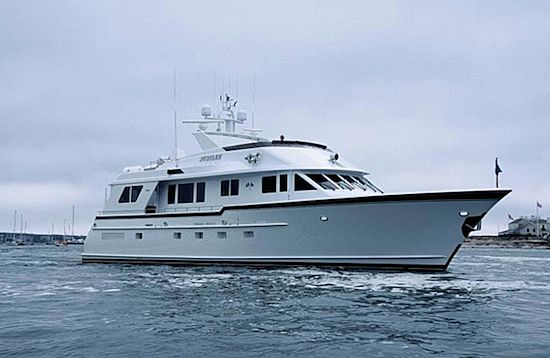 Built by the US shipyard Burger in 2000 with an interior designed by her original owner, she accommodates up to eight guests over four luxurious cabins, including a full beam owner’s suite located amidships. Powered by twin CAT 1,400 hp engines, she has a cruising speed of 17 knots and a top speed of 21 knots.

Thom Conboy and Chris Collins at OCEAN Independence acted on behalf of both buyer and seller, and at the time of sale she was listed at an asking price of $1,995,000.