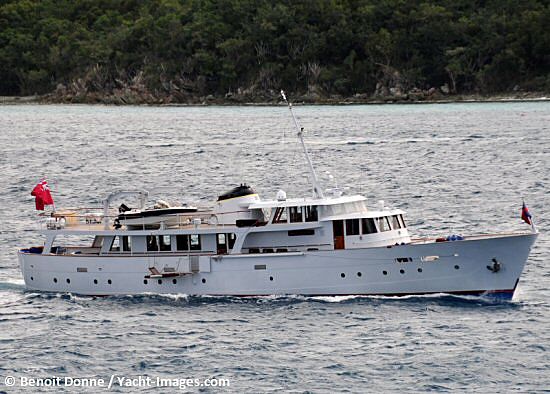 Blue Guitar cruising in the Caribbean on 22 January 2008. The 31m yacht was built by Camper & Nicholsons in 1967 as Marivon. She was built at the Southampton facility to an in-house design. Today she is believed to be owned by a well known artist who uses the yacht mostly in the Caribbean and United States.